The Rights of Non-Muslims in Islam (part 1 of 13): An Islamic Basis

Description: The tenets of the religion which ensure the general rights of non-Muslims in Islam. 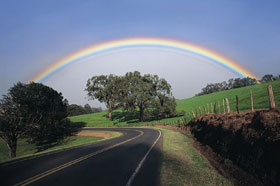 Islam is a religion of mercy to all people, both Muslims and non-Muslims.  The Prophet was described as being a mercy in the Quran due to the message he brought for humanity:

When a person analyzes the legislations of Islam with an open mind, the Mercy mentioned in this verse will definitely become apparent.  One of the aspects constituting an epitome of this Mercy is the way the legislations of Islam deal with people of other faiths.  The tolerant attitude of Islam towards non-Muslims, whether they be those residing in their own countries or within the Muslim lands, can be clearly seen through a study of history.  This fact is not only purported by Muslims, but many non-Muslim historians also accept it.  Patriarch Ghaytho wrote:

‘The Arabs, to whom the Lord has given control over the world, treat us as you know; they are not the enemies of Christians.  Indeed, they praise our community, and treat our priests and saints with dignity, and offer aid to churches and monasteries.’[1]

‘At the time of the Umayyad caliphate, the people of the covenant, Christians, Zoroastrians, Jews, and Sabians, all enjoyed degree of tolerance that we do not find even today in Christian countries.  They were free to practice the rituals of their religion and their churches and temples were preserved.  They enjoyed autonomy in that they were subject to the religious laws of the scholars and judges.’[2]

These just relations between Muslims and people of other faiths were not due to mere politics played by Muslim rulers, but rather they were a direct result of the teachings of the religion of Islam, one which preaches that people of other religions be free to practice their own faith, only accepting the guidance offered by Islam by their own choice.  God says in the Quran:

Not only does Islam demand their freedom to practice religion, but also that they be treated justly as any other fellow human.  Warning against any abuse of non-Muslims in an Islamic society, the Prophet stated:

"Beware!  Whoever is cruel and hard on a non-Muslim minority, curtails their rights, burdens them with more than they can bear, or takes anything from them against their free will; I (Prophet Muhammad) will complain against the person on the Day of Judgment." (Abu Dawud)

How far is this mannerism than the majority of nations, to this day, which not only suppress the rights of foreign religions, but also foreign peoples and races!  In a time when Muslims were being tortured to death in then pagan Mecca, Jews were being persecuted in Christian Europe, and various peoples were being subjugated due to their particular race or caste, Islam called to the just treatment of all peoples and religions, due to its merciful tenets which gave humanity the right to their humanness.

Next: The Rights of Non-Muslims in Islam (part 2 of 13): Non-Muslim Residents