An Introduction to the Quran (part 1 of 2): Organization and Meanings

Description: The Quran and the basic elements of its organization, the difference between the Quran and its translation, and a brief review of English translations, introducing the subject of Quranic exegesis. 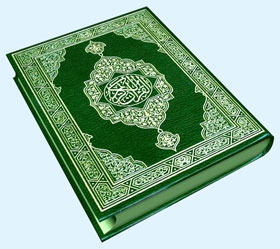 The Quran is the Muslim scripture, that is to say the scripture of the followers of Islam.  Islam is the religion established among the Arabs - a people until then largely confined to the Arabian Peninsula - by the Prophet Muhammad in the early seventh century.  The Quran was revealed to Prophet Muhammad by God through the agency of the angel Gabriel; this took place partly in Mecca, his hometown, and partly in Medina, where he succeeded in creating a state in an otherwise stateless tribal society.  The message was revealed in Arabic, the language of the people it was initially addressed to, even though the message was ultimately for the whole of humanity.  The Quran specifically mentions that Muhammad was the messenger to the whole of mankind, and that he is the last messenger to be sent.  Thus, the Quran is the final message that supersedes and reiterates the basic religion God ordained for the Jews and the Christians, as well as the Muslims.  Today, the total number of Muslims in the world is over a billion, making up almost a fifth of the world’s population.  For all Muslim communities, whatever their language and wherever they live, the Quran is their scripture.

The first thing to understand about the Quran is its form.  The Arabic word, ‘Quran,’ literally means both ‘recitation’ and ‘reading’. Similarly, the Quran was both recited orally and written down in book form.  The true power of the Quran remains in the oral recitation, as it is meant to be read aloud and melodiously, but still the verses were written down on available materials as an aid to memorizing and guarding it,  and these were collected and ordered in book form both privately and, at a later stage, institutionally. The Quran was not meant to tell a chronological story, and thus, the Quran should not be viewed as a sequential narrative like the book of Genesis.  The Arabic book that goes by the name Quran is about as long as the New Testament.  In most editions it is about 600 pages in length.

In contrast to the Hebrew Bible and the New Testament, the Quran was issued from the mouth of a single person, who recited what he heard from the angel Gabriel.  On the other hand, both the Jewish and the Christian scriptures are collections of many books that were written down by a large number of human beings, and opinions differ as to their status as revelation.

How Is The Quran Organized?

The Quran is composed of 114 parts or chapters of unequal length.  Each chapter is called a surah in Arabic and each sentence or phrase of the Quran is called an aaya, literally ‘a sign.’  Like the Bible, the Quran is divided into discrete units, referred to as verses in English. These verses are not standard in length or meter, and where each begins and ends was not decided by human beings, but dictated by God.  Each one is a discrete act of locution of closed signification, or ‘sign’, denoted by the word aayah in Arabic.  The shortest of the surahs has ten words, and the longest surah, which is placed second in the text, has 6,100 words.  The first surah, the Fatihah ("The Opening"), is relatively short (twenty-five words).  From the second surah onward, the surahs gradually decrease in length, although this is not a hard and fast rule.  The last sixty surahs take up about as much space as the second.  Some of the longer aayahs are much longer than the shortest surahs.  All surahs, except one, begin with Bisillah hir-Rahman nir-Rahim, ‘In the Name of God, the Most-Merciful, the Compassionate.’  Each surah has a name that usually mentions a key motto within it.  For example, the longest surah, Surah al-Baqara, or "The Cow", is named after the story of Moses commanding the Jews to offer a sacrifice of a cow, which begins by God saying:

"And remember when Moses said to his people: ‘God commands that you sacrifice a cow…’" (Quran 2:67)

Since the various chapters are of various lengths, the Quran was divided by scholars of the first century after the death of the Prophet into thirty roughly equal parts, each part is called a juz’ in Arabic.  This division of the Quran was done in order for people to memorize or read it in a more organized fashion, and it has no influence on the original structure, as they are mere marks on the sides of the pages denoting the part.  In the Muslim month of fasting, Ramadan, one juz’ is usually recited every night, and the entire Quran is completed in the thirty days of the month.

A beginner should know a few points about Quran translations.

First, there is a distinction between the Quran and its translation.  In Christian view, the Bible is the Bible, no matter what language it may be in.  But a translation of the Quran is not the word of God, for the Quran is the exact Arabic words spoken by God, revealed to Prophet Muhammad by Gabriel.  The word of God is only the Arabic Quran as God says:

A translation is simply an explanation of the meanings of the Quran.  That is why one modern English translation has been titled "The Meaning of the Glorious Quran": it strives only to give the meaning, but falls short, as any translation must, of reproducing the form of the Holy Book.  The translated text loses the inimitable quality of the original, so be aware of the degree to which a translation reflects the original message at every level of meaning, and that it will probably not match it.  For this reason, all which is regarded as ‘recitation’ of the Quran is to be done in Arabic, such as the recitation of the Quran in the five daily prayers of the Muslims.

Second, there is no perfect translation of the Quran, and, being human works, each almost always has errors.  Some translations are better in their linguistic quality, while others are noted for their exactness in portraying the meaning.  Many inaccurate, and sometimes misleading, translations that are generally not accepted as reliable renditions of the Quran by mainstream Muslims are sold in the market.

Third, while a review of all the English translations is out of the scope of this article, some translations are recommended over others.  The most widely read English translation is by Abdullah Yusuf ‘Ali, followed by that of Muhammad Marmaduke Pickthall, the first translation by an English Muslim.  Yusuf ‘Ali’s translation is generally acceptable, but his footnote commentary, useful at times, can be odd and unacceptable.  Another widespread translation is done by Dr. Hilali and Muhsin Khan called ‘Interpretation of the Meaning of The Noble Quran.’  Although it is the most accurate, the many transliterated Arabic terms and endless parentheses make it hard to follow and confusing for a beginner.  A newer version with more flowing text has been published by Saheeh International, and this is probably a better translation, as it combines both exactness in translation and readability.

Although the meanings of the Quran are easy and clear to understand, one must be careful to make assertions about the religion without relying on an authentic commentary.  Not only did Prophet Muhammad bring the Quran, he also explained it to his companions, and these sayings have been collected and preserved till this day.  God says:

"And We have sent down to you (O Muhammad) the message that you may explain clearly to men what is sent for them…" (Quran 16:44)

In order to understand some of the deeper meanings of the Quran, one should rely upon commentaries which mention these statements of the Prophet as well as his companions, and not upon what they understand from the text, as their understanding of it is limited to their prior knowledge.

A specific methodology exists for exegesis of the Quran in order to extract the proper meaning.  The Quranic sciences, as they are called, are an extremely specialized field of Islamic scholarship which requires mastery in multiple disciplines, like exegesis, recitations, script, inimitability, circumstances behind revelation, abrogation, Quranic grammar, unusual terms, religious rulings, and Arabic language and literature.  According to scholars of Quranic exegesis, the proper method of explaining the verses of Quran are:

(ii)  Tafseer of the Quran by the Sunna of the Prophet.

(iii) Tafseer of the Quran by the Companions.

(iv) Tafseer of the Quran by Arabic language.

(v)  Tafseer of the Quran by ‘opinion’, if it does not contradict the above four sources.

Next: An Introduction to the Quran (part 2 of 2): Its Inimitableness and Language

Alhamdulilah for the writer may almighty Allah increase your knowledge

Quran is the last word of Allah and only true book ...

this book is very helpful :)

I want to learn Quran