Description: After the False Messiah; the annulment of the false religions of the people of the book, the establishment of God’s nation under Jesus, and the invasion of the Gog and Magog.

The Establishment of God’s Nation under Jesus 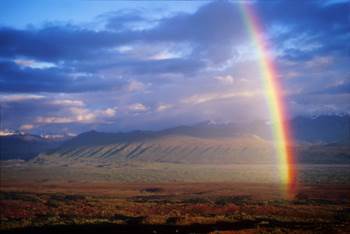 The killing of the False Messiah will traumatize the Christians and Jews who had followed him, for it will finally reveal to them that he was not what he had claimed to be.  In fact, the role of Jesus in his defeat will convince most of the surviving Christians, at least, that the False Messiah had indeed been the Anti-Christ prophesied in their own scriptures.  The Prophet of Islam, may the mercy and blessings of God be upon him, said:

"The son of Mary will soon descend among you and will judge justly (according to the Law of God[1]): he will break the cross and kill the pig…" (Saheeh Al-Bukhari)

The breaking of the cross may be figurative or literal: the destruction of erected idols in churches and tearing down of crosses from their steeples, as well as forbidding the use of personal crosses as symbols of religion;  or the destruction of the myth that he was executed by the Romans on a cross at the instigation of the Jews.  Likewise, the killing of the pigs may be both literal and figurative: literally conducting a campaign to kill all pigs so the consumption of their meat becomes impossible, allowing them to be killed, or simply re-imposing the ban God made since time immemorial[2]  on eating their flesh, effectively forcing pig farmers to get rid of their stock by culling.  In effect, two of the mainstays of widespread Christian practice will be removed, indicating that the religion as taught by modern Christians would henceforth be defunct, and marking a return to the religion as originally intended (Islam).

"… and there will be no Jizya." (Saheeh Al-Bukhari)

Furthermore, after the massive losses of life among the Jews, the death of their leader will prove to the Jews that he had been yet another false hope.  Possibly, the False Messiah’s claim of divinity may well have already sowed seeds of doubt in their hearts, anyway, so when Jesus announces that the Jizya[3]  will no longer be a means by which non-Muslims can avoid submitting to the will of God, they will be ready to give up following the guidance of their Rabbis in favor to returning to the guidance[4]  of God.  The fact that no Jizya will be accepted underlines the abolishment of all religion except one.  The People of the Book will be required to follow the Law of Islam which Jesus will impose.  The die-hards that refuse will be hunted and killed rather than allowed to continue in their outmoded faith.

"The hour will not come until the Muslims fight against the Jews and kill them.  The Jews will seek shelter behind stones and trees, but the stone or the tree will speak: "O servant of God, there is a [die-hard] Jew behind me, so come and kill him!"  But the Gharqad tree will not speak out because it is partial to the Jews." (Saheeh Muslim)

No mention of the fate of those who are neither Muslims nor People of the Book is mentioned at this stage, but we believe some of them will also fall under the sway of the rule of Jesus, or die.  Perhaps others will be destroyed by those who are referred to as the Gog and Magog.

The Invasion of the Gog and Magog[5]

Who the Gog and Magog are, exactly, is not known, though it is known from a hadeeth, found in the two principal books of authentic narrations (Saheeh Al-Bukhari and Saheeh Muslim), that they are of the nations of mankind[6].  Of them, the Quran says:

"When he reached a valley between two mountains, he found a people who could barely understand a word.  They said; O Dhul Qarnayn!  Verily, Gog and Magog are doing great mischief in the land.  Will you accept a tribute from us so that you build a barrier between us and them?" (Quran 18:93-94)

After Dhul Qarnayn carried out their request (without exacting tribute), he told them:

This means that they will be a people who are not under the jurisdiction of Jesus when he accepts the pledge from former Jews and Christians.  And it is the Gog and Magog who will be the final threat to the believers before his reign of peace.  Again, the Quran says:

"When the Gog and Magog swoop down from every ridge, and the true Promise draws near, you will see the disbelievers, their eyes staring fixedly, in horror; They will say, ‘woe to us; indeed were heedless of this – and we were wrongdoers.’" (Quran 21:96-97)

Not even Jesus will be able to withstand the coming of the Gog and Magog, for they will swarm the land destructively, like locusts.

Abu Sa’id al-Khudri reported that the prophet said that only the Muslims who retreat into their cities and strongholds with their cattle and sheep will survive the onslaught.[7]  It is also said:

God will reveal to Jesus, son of Mary, "I have brought forth people from among My creatures against who none will be able to fight.  Take my worshippers safely to Mount Tur." (Saheeh Muslim) 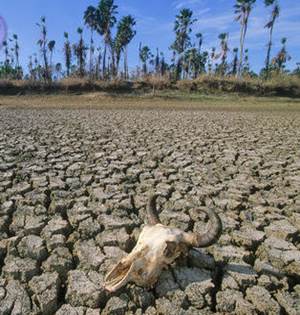 The Gog and Magog will be so many that when the last of the horde passes through a lake bed from whose water the first rank had drunk, they will bewail, ‘There used to be water here, once.’  Anybody not from themselves, except for the Muslims in their strongholds and refuges, will be killed, and the horde will declaim, ‘We have defeated the people of earth.  Now only the people of heaven are left [for us to defeat].’  On that, one will fire an arrow into the sky, and it will fall back to earth blood-stained.[8]

[1] It is by this Law, the Shariah that is based on the Quran and way of Muhammad, that Jesus will rule with equity and justice.

[2] As it is recorded in the Torah, as well as in the Quran.

[3] Jizya: The tributary poll tax taken from the People of the Book who, under the protection of the Islamic nation of which they citizens, are free to practice their religion.

[4] God uses the word ‘Al-Furqan’ to describe both what was revealed to Muhammad, may the mercy and blessings of God be upon him, that which was revealed to Moses and Aaron, as well as other prophets. Many of the original teachings, undistorted by rabbinical additions and interpretations, support and precede the Law prescribed by the Last Prophet, which is the final shape of the Law of God.

[6] The Prophet said: "Among you are two nations that never approach anything but they overwhelm it with their large numbers; the Yajuj and Majuj."