Actions and Intentions (part 1 of 2): Purity of Intention in the Religious Realm

Description: The role of intention in the acceptability of religion worship by God. 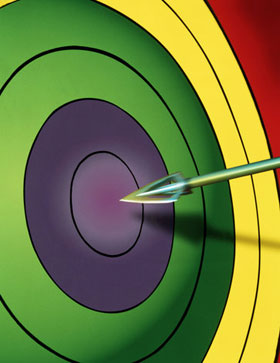 It is narrated on the authority of Umar ibn al-Khattab who said: I heard the Messenger of God say:

This hadeeth is indeed one of the greatest and most important of the sayings of Prophet Muhammad, may the mercy and blessings of God be upon him, as it sets one of the most important principles in the religion of Islam, specifically in regards to the acceptance one’s religion and deeds by God, and generally to all other normal every day activity in which a person involves himself.  This principle is that in order for any action to be accepted and thus rewarded by God, it must be done purely for his sake.  This concept is often called “sincerity to God”, but the most exact meaning would be “purity of intention”.

At one of the stages of the life of the Prophet, God ordered all the Muslims to migrate from Mecca to the newborn Islamic state of Medina.  In this hadeeth, the Prophet gave an example of two types of people in regards to this religious service of migration:

·        The first example was that of the person who migrated to Medina purely for the sake of God, seeking His Pleasure and seeking to fulfill His command.  The Prophet stated that the deed of this type of person will be accepted by God and he will be rewarded in the fullest.

·        The second example was of a person who fulfilled this religious service outwardly, but his intention was not the pleasure of God nor fulfilling His Command, and so this type of person, although he may achieve what he was intending in this life, will not receive reward for it from God, and the deed is not one which is considered acceptable.

In Islam, there are two realms to a person’s life, the religious and the mundane.  Although there is a clear separation between the two in regards to religious jurisprudence, they are in fact inseparable, as Islam is a religion which legislates in matter family, society and politics as well as the belief and worship of God.  Thus, although this saying of the Prophet appears to apply to the religious aspect of a persons’ life, it actually applies to both.

Purity of Intention in the Religious Realm

As mentioned earlier, this hadeeth sets the first principle for one’s deeds to be accepted by God, which is that they should be done purely for God.  In regards to those deeds which have been commanded as a form of religious devotion, known as worship, one must do them for God Alone, for it is God who commanded the service or deed to be done and loves it.  These deeds include the likes of prayer, (Salah), Fasting, the offering of the Compulsory Charity (Zakah), the performance of the Lesser or Grater Pilgrimage to Mecca (Umrah and Hajj), and all other service which have been ordained in the religion.  Even though the deeds may appear outwardly, as in this hadeeth, to be one accepted, of pivotal importance is the intention which the person has when performing them.

A person who directs any of these or other religious service to other deities other than or alongside God will never be accepted, and one who commits this heresy is deemed as committing the greatest sin against God, polytheism: to associate others with God in those things which are specific to Him.  Islam is a religion which believes and practices true and strict monotheism.  This monotheism not only entails that that there is only One Sole God and Creator, but also that this God has the right that all worship and acts of deed be done solely for His sake and none else.  This concept is once which God ordered all His Prophets to preach, as He says in the Quran:

“And they were not commanded except that they should worship God, keeping the religion pure for Him, and worship none but Him Alone, and establish the Prayer and offer the Compulsory Charity, and that is the upright religion.” (Quran 98:5)

Here we see that even though a person may seem to be performing acts of devotion and worship to God outwardly, if they associate any other being in this worship, whether they be angels, prophets, or righteous people, then this deed is not accepted by God.  Moreover, they fall in to the great sin of polytheism.

Another aspect of this purity of intention is that a person should never seek any worldly gains through religious service and acts of worship, even if that worldly gain be something permissible.  In the hadeeth mentioned above, the second person did not perform this religious obligation of migration for other deities besides or alongside God, nor did he intend something intrinsically evil.  Rather his intention was something deemed permissible in the religion.  Still, however, the act was not accepted by God, and the person may or may not have received what he intended from this worldly life.  Thus, if a person seeks any permissible worldly gain though an action, the reward of the deed diminishes.

If a person desires something deemed as impermissible by Islam from religious service and worship, this is considered as a sin.  Islam is a religion which encourages humbleness and selflessness, reprimanding those who seek praise of others and status in this worldly life.  Thus, if one seeks the praise of others through religious service and worship, not only is it not accepted by God, but the person is deemed liable for punishment in the afterlife.  The Prophet mentioned the first people to be sentenced to the Hellfire in the afterlife, and from them is the following:

“A person learned [religious] knowledge and taught it [to others], as well as reciting the Quran.  He will be brought [to the presence of God], and God will mention to him all the favors he granted him, and he recognized them.  God will ask him, ‘What did you do with them?’

He will answer, ‘I learned [religious] knowledge and taught it [to others], and I recited the Quran purely for Your sake.’

God will say, ‘You have lied!  Rather you learned [religious] knowledge to be called a scholar, and you recited the Quran to be called a recitor, and it was said of you!’  Then it was commanded [to punish] him.  So he was dragged on his face and he was thrown into the Fire.” (an-Nasa’i)

Next: Actions and Intentions (part 2 of 2): Purity of Intention in the Religious Realm

Alhamdullilah... what better way to know the teachings of Mohammed (Peace Be Upon Him).. The site is user friendly and i would defenitely recommend this web site to my brother and sisters in faith... Jazakallah.