The Prophet and Polygamy (part 1 of 2)

Description: An analysis of the major reasons Prophet Muhammad had multiple wives.  Part 1: A model for humanity and the preservation of knowledge. 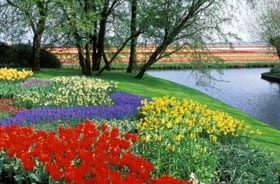 Most Westerners regard polygamy as intrinsically evil and its practice as immoral.  In contradiction, they realize and purport that every age and society has its own standards, but then themselves judge this by the standards of their particular society and time.

For a Muslim, the standards of morality are set by divine revelation, the Quran and the Sunnah, and not by prevalent modern perspective.  Furthermore, the great Hebrew patriarchs equally revered by Judaism, Christianity, and Islam - Abraham, Moses, Jacob, David, and Solomon, to name a few – were undisputedly polygamous.[1]  The example of Jesus, who never-the-less overlooked polygamy, is irrelevant, as he did not marry at all during his earthly ministry.  It is unclear why the Hebrew prophets took multiple wives, for their life stories are mostly unknown.   However, a careful study of the Prophet Muhammad’s biography - preserved in minute detail - reveals the reasons for his plural marriages.

Muhammad, may the mercy and blessings of God be upon him, is the last prophet, a mercy to all humanity, and a perfect model for all times.  He gave the world an ideal example of a chaste life up to the age of twenty-five, then a monogamous life with a noble widow, and a polygamous life after the age of fifty.  He married the young and the old, the widow and the divorcee, the pleasant and the emotional, the daughters of tribal chiefs and freed slaves.  He was an example of perfection in all the diversity life had to offer.

2.      Religious Education and Preservation of the Prophet’s Private Life

The ‘Mothers of the Faithful’, a title given to honor the wives of the Prophet, were scholars of the religion and spiritual mentors who guided the faithful, especially women, during and after the Prophet’s lifetime.  Islam has many special regulations unique to women regarding cleanliness, menses, bathing, prayer, fasting, pilgrimage, breastfeeding, and testimony to name a few.  The laws specific to women had to be conveyed.  Naturally, women felt more comfortable talking to the wives of the Prophet regarding these matters.  In addition, the household of the Prophet instructed women in the etiquette of marital life, raising families, and issues of women’s spirituality.  After the death of the Prophet, men and women resorted to his wives to find out the prophetic ideal of family life.

By marrying from different tribes, the Prophet opened the door to the spread of Islamic knowledge among them.  The wives of the Prophet spread the knowledge of Islam within their tribes.  For example, the knowledge of Aisha was absorbed by her sister, Umm Kulthum, her foster brother, Auf ibn Harith, her nephews, Qasim and Abdullah, and her nieces, Hafsah and Asma, among others.  The knowledge of Hafsah was transmitted by her brother Abdullah ibn Umar, his son Hamza and his wife Safiyah.  Maimoonah’s students included her nephews, the most famous of whom is Abdullah ibn Abbas, an authority in the interpretation of the Quran.  Umm Habeeba taught her knowledge to her brothers, Mu’awiyah and Utbah, and her nephews and nieces.  Therefore, we see that the ‘Mothers of the Faithful’ became conduits of knowledge to their tribes.

[1] According to the Bible:

The Prophet and Polygamy (part 2 of 2)

Description: An analysis of the major reasons Prophet Muhammad had multiple wives.  Part 2: A rejection of false traditions and tribal alliances.

The ‘Mothers of the Faithful’ played an important role in conveying the Sunnah of the Prophet – the second source of Islamic Law along with the Quran.  Nothing of the Prophet’s life was hidden from them, and they had permission to convey anything they knew about his personal life.  Between themselves, they preserved more than three thousand hadeeths[1] of the Prophet.  Aisha narrated 2,210 hadeeths, while Umm Salama reported 380.  The remaining wives reported between five and sixty hadeeths.  Umm Habeeba and Hafsah reported 60 each, Maimoonah reported 46, and Zainab reported 11.[2]

One of the Prophet’s marriages was contracted to reject the pagan practice of adopting children and passing onto them the adopting parent’s genealogy and name, investing them with all the rights of biological children.  The Quran says:

"God did not make your adopted son as your own sons.  That is your own saying, the words of your mouths; but God speaks the truth and shows the right way."(Quran 33:4)

This tradition was so deeply rooted that the Prophet was hesitant to marry Zainab, the wife of his adopted son, Zaid, until God revealed:

"Would you hide, O Muhammad, within yourself that which God was going to bring to light anyway?  Would you fear the gossip of the people, while it is God who is more worthy of being feared?" (Quran 33:37)

Thus, Prophet Muhammad married Zainab to reject this pagan custom.  In this regard, God said:

"So when Zaid dissolved her marriage-tie, We gave her to you as a wife, so that there should be no difficulty for the believers about the wives of their adopted sons, when they have dissolved their marriage-tie.  And God’s command is ever performed." (Quran 33:37)

His marriage to Juwairiyah and Safiyah were to bind warring tribes to avoid future violence and bloodshed. The Arabian Peninsula was one distraught by decades of war. Tribes fought and sought revenge for petty instances for years, and it was extremely difficult to strike truces between them. Through the acceptance and spread of Islam, peace was struck between warring tribes, but many might have still harbored ill feelings, especially those who had not yet accepted Islam. Through marriage, tribes had to honor their truces, and many of these ill feelings were resolved due to pride in the marriage of a member of the tribe to the Prophet.  By marrying into the families of key allies and vanquished enemies, he laid the ground work for cooperation between different tribes.

6.      Protection of Widows and Orphans

As discussed previously, most of the wives of the Prophet were widows whom he married during times of war to protect them.  The latter life of the Prophet consisted of years of wars for the nascent Muslim nation, when Muslims had to fight in self-defense to protect their lives and the religion.  Consequently, hundreds of his companions were killed, leaving behind widows and orphans without anyone left to care for them.  Prophet Muhammad set the example for the surviving companions to remarry the widows in order to support them, so most of his wives were widows.

Ethics and morals should never be judged on the premises of parochial societal norms; rather, they should be assessed according to clear undisputed precedential standards.  Throughout the history of humanity, polygamy had been a norm of society. Even today, there are many cultures other than Islam in which it is encouraged.  But even if one does not understand the nature of polygamy due to various environmental and cultural influences, a deliberately objective view should be sought.  When anyone scrutinizes the life of the Prophet impartially, the honest researcher will surely conclude that his reasons for marriage were ones clearly meant to strengthen the Muslim community, whether by the spread of knowledge, the care of widows, or cementing alliances with different tribes of Arabia.

[1] Hadeeth: a narration of the sayings, deeds, tact approvals, or descriptions of the Prophet.