Description: The first in a four part series discussing the biblical evidence that Jesus is not God. 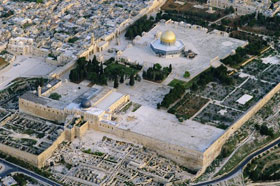 Jesus is called a man many times in the Bible:

Acts 2:22 "Jesus the Nazarene, a man attested to you by God with miracles and wonders and signs which God performed through Him in your midst, just as you yourselves know."

Acts 17:31 "He will judge the world in righteousness through a man whom He has appointed"

God is not a man, but Jesus, may the mercy and blessings of God be upon him, was a man, therefore, Jesus was not God.

The Bible often calls Jesus "a son of man" or "the son of man."

Matthew 28 "…until they see the son of man coming in His kingdom."

Mark 2:10 "But so that you may know that the Son of Man has authority…"

Since God would not contradict Himself by first saying He is not the son of a man, then becoming a human being who was called "the son of man", he would not have done so.  Remember God is not the author of confusion.  Also, human beings, including Jesus, are called "son of man" specifically to distinguish them from God, who is not a "son of man" according to the Bible.

Matthew 19:17 And he said to him, "Why are you asking me about what is good?  There is only One who is good; but if you wish to enter into life, keep the commandments."

Jesus can not be God if God is greater than him.  The Christian belief that the Father and son are equal is in direct contrast to the clear words from Jesus.

5.       Jesus Never Instructed His Disciples to Worship Himself or the Holy Ghost, but God and God Only

John 16:23 "In that day, you shall ask me nothing.  Whatsoever you ask of the Father in my name."

John 4:23 "The hour cometh and now is, when the true worshippers shall worship the Father in spirit and in truth; for the Father seeketh such to worship him."

6.       The Bible Says that Jesus Recognized, Prayed, & Worshipped the Only True God

Jesus prayed to God with the words:

John 17:3 "…that they might know you, the only true God, and Jesus Christ whom you have sent."

Jesus prayed to God all night:

How did Jesus pray to God?

Hebrews 5:7 "During the days of Jesus’ life on earth, he offered up prayers and petitions with loud cries and tears to the one who could save him from death, and he was heard because of his reverent submission."

Who was Jesus praying to when he fell on his face with loud cries and petitions?  Was it himself?  Was Jesus crying in tears to himself pleading to be saved from death?  No man, sane or insane, prays to himself!  Surely the answer must be a resounding ‘No.’ Jesus was praying to "the only true God." Jesus was the servant of the One Who sent him.  Can there be a clearer proof that Jesus was not God?

The Quran confirms that Jesus called for the worship of the Only True God: