The Creation of an Environmental Conscience (part 1 of 4): The Nature of Nature

“To God belongs the sovereignty of the heavens and the earth, and to God is the return (of all).” (Quran 39:44) 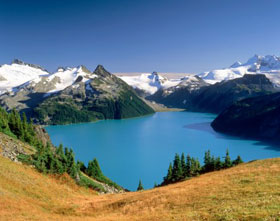 Islam teaches that everything in the universe, all ecological-systems and the life-forms they support, are created by and dependant upon their Lord-God, the One True God, God.  As such, human beings actually have more in common with the fish in the sea, the birds in the sky and the beasts that crawl upon the earth than they do with God Himself.

“There is not a moving creature on earth, or a bird that flies with its wings, but they are communities like you (humans).  We have neglected nothing in the Book; then unto their Lord they shall (all) be gathered.” (Quran 6:38)

Although man may be at the top of the food-chain, he is still part of a food-chain all the same; whilst his Creator is not constrained by the need to feed, or for that matter, to seek shelter or reproduce.  Those who fail to see this reality and who instead take their fellow human beings as objects of worship would do well to consider the following verse:

“The Messiah (Jesus), son of Mary, was no more than a Messenger; many were the Messengers that passed away before him.  His mother (Mary) was a truthful, righteous Believer.  And they both ate food!  Look how We make the signs clear to them, yet look how they are (still) deluded (from the truth)!” (Quran 5:75)

Implicit in this verse is the point that if one is in need of food, he or she is also in need of defecating and urinating in order to relieve themselves of their food’s waste products.  Far removed is God from such physiological needs.

“And We never sent before you (O Muhammad) any of the Messengers but verily, they (like you, also) ate food and walked in the markets...” (Quran 25:20)

In other words, although the Prophets, their followers and the believing members of their households truly were the best and most righteous of God’s creatures ever to walk the face of the earth, they were, nevertheless, still His creatures, sent by and wholly dependant upon Him for life, sustenance and salvation.  Therefore, before one can truly appreciate the relationship between man and his environment, one must first appreciate the relationship between man and God.

Ubudiyya - Servitude to the One God

Muslims believe that all of creation is created in a natural state of submission to its Creator.  That is, in so far as all things inherently submit to the One God, the natural state of all things is Islam – in a manner of speaking.  The cheetah chasing down the gazelle and the gazelle fleeing from the cheetah are behaving not just as God decreed but more so, as He ordered.

“To Him belongs whatever is in the heavens and the earth.  All are obedient to Him.” (Quran 30:26)

It is only because creation follows precisely the course that God sets out for it that we have balance and harmony throughout the universe, what is more commonly known as “the laws of nature” or “the natural order of the universe”.  This obedience of the world around us to the Divine through its acting according to its imbued nature is, in and of itself, a state of perpetual servitude and worship.  Numerous passages of the Qur’an point to this reality.

“See you not that it is God Whose praises are celebrated by all beings in the heavens and on earth, and by the birds with extended wings?  Each one knows its prayer and glorification; And God is aware of what they do.” (Quran 24:41)

“The seven heavens and the earth and all that is therein, glorify Him and there is not a thing but that it glorifies His Praise - but you do not understand their glorification.  Truly, He is Ever Forbearing, Oft-Forgiving.” (Quran 17:44)

“There is nothing in the heavens and the earth but comes unto the Most Beneficent (God) as a slave.” (Quran 19:93)

Fitra – The Primordial Nature of Man

Humans too are created upon a natural Islamic disposition, known as the fitra.  If left alone to follow their fitra or “nature”, all human beings would be believers in Tawheed (Islamic monotheism), instinctively recognising their Creator and inclined towards worshipping Him and towards performing good deeds in general.  God says in the Quran:

“So set you your face towards to the religion of monotheism, the fitra (natural religion) of God according to which He created mankind.  Let there be no change in the creation of God (i.e. do not reject your Islamic nature): this is the upright religion, but most among mankind do not understand.” (Quran 30:30)

Thus, it can be justifiably argued that Islam and, by extension, all that is deemed good, including environmental consciousness, is not something that necessarily needs indoctrinating, but simply awakened from deep within the conscious of man.  Only then would humanity be in sync with the rest of the universe.  After all, every human soul that has ever lived and that ever will live has at least once already sworn to have recognised its Creator.

“And (remember) when your Lord brought forth from the Children of Adam, from their loins, their seed (i.e. his offspring) and made them testify as to themselves (saying): ‘Am I not your Lord?’  They said: ‘Yes!  We testify,’ - lest you should say on the Day of Resurrection: ‘Verily, we have been unaware of this.’” (Quran 7:172)

Next: The Creation of an Environmental Conscience (part 2 of 4): Man - God’s Steward on the Earth