Can Taking a Life be Justified?

Description: The death penalty in Islam. 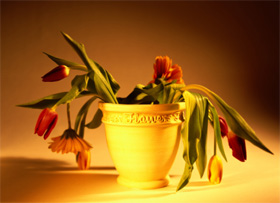 The religion  of Islam includes a basic set of rules designed to protect the rights and freedoms of individuals and communities.  It is a doctrine concerned with respect, tolerance, justice, and equality.  The Islamic concepts of freedom and human rights are imbedded in  and guaranteed by  the Sharia (Islamic Law).  Islam establishes a legal framework, and embodies a code of ethics, designed to protect the rights of an individual including his or her right to live in a secure community.

Prophet Muhammad said, “Whosoever wakes up (in the morning) feeling that he is secure in his community, free from ailments and diseases in his body, and has enough provision for a single day, it is as if he owns the entire world.”[1]

The Sharia is concerned with preserving five basic rights: the right to practice religion, the protection of life, the safeguarding of the mind or intellect, the preservation of honour and family, and the sanctity of wealth and property.  It is  a moral and ethical base in which individual rights are upheld but  not permitted to overshadow the rights of the community.

Islamic law  contains comprehensive principles and general rules  that take into consideration the changing circumstances of society, as well as the constancy and permanence of human nature.  While the Sharia combines stability, flexibility, and firmness, it has set down immutable punishments for certain crimes, that are not affected by changing conditions and circumstances.  One of these punishments is the death penalty.

There are only two categories of crimes for which the death penalty can be applied under Sharia law.  One is murder and the other is for crimes against the community (sometimes known as spreading mischief).  One of the core principles of Islam is that a cohesive and secure community is absolutely paramount.  Crimes that threaten the community include treason, apostasy (when one leaves the religion of Islam and actively turns against it), , piracy, rape, adultery, practising magic and homosexual activity.

One of the most grave sins is the intentional taking of a life.  When Prophet Muhammad, may the mercy and blessings of God be upon him, was asked what the major sins were, he said, “Associating others with God, disobeying one’s parents, murder and bearing false witness.”[2]  God says,

“And whoever kills a believer intentionally, his recompense is Hell to abide therein; and the Wrath and the Curse of God are upon him, and a great punishment is prepared for him” (Quran 4:93)

It is important to understand that there is no place for vigilantism in Islam.  A person accused of a crime must be properly convicted in an Islamic court of law before any  punishment can be meted out.  In the case of the death penalty the  severity of the punishment requires that very strict evidence standards must be met before a conviction is found.

There are three categories of punishment in the Sharia.  Hadd punishments, for crimes against the community are those that are divinely prescribed in the Quran or the authentic traditions of Prophet Muhammad.  They cannot be changed.  These punishments can only be carried out by a Muslim ruler or his deputy.  It is not permissible for individual Muslims to carry out the hadd punishments (which  sometimes include the death penalty) because of the chaos and tribulation it would cause in the community.

The second form of punishment, specifically  for  murder or serious assault, is called Qisas. Whenever a person causes physical harm or death to another, the injured or family of the deceased has the right to retaliation.  A unique aspect of Qisas, is that the victim’s family has the option to insist upon the punishment, accept monetary recompense, or forgive the offender, which could even avert the death penalty.[3]  Quran urges families and victims to forgive and show mercy even in the direst of circumstances.

“And there is (a saving of) life for you in Al-Qisas (the Law of Equality in punishment), Oh men of understanding, that you may become pious.” (Quran 2:179)

All other crimes fall into the third category, Tazir, which is a discretionary punishment decided by the court.

God sent down His book of guidance the Quran, He gave humankind Islam, the final message and completion of all religions, He sent Prophet Muhammad, a man capable of leading humankind into a new era of tolerance, respect, and justice.  The words of Quran and the authentic traditions of Prophet Muhammad contain rights and responsibilities granted by God to humankind.  They are not subject to the whims and desires of men and women or the changing allegiances of governments and corporations.

Islamic law, the Sharia, God’s laws  are embed with justice, mercy and forgiveness; it does not involve taking human life unnecessarily.

“We sent our messengers with clear signs and sent down with them the Book and the Balance so that men may conduct themselves with justice.” (Quran 57:25)

“O you who believe, be upholders of justice, witnessing for God alone.” (Quran 4:135)

Even on the rare occasions when the death penalty is called for it is carried out under humane conditions and holds the promise of forgiveness and eternal paradise.  Prophet Muhammad said, “Swear allegiance to me that you will not worship anything besides God, Will not steal, and will not commit illegal sexual intercourse.”  And then (the Prophet) recited from the Quran and added, “And whoever among you fulfils his pledge, his reward is with God.  Whoever commits something of such sins and receives the legal punishment for it, that will be considered as the expiation for that sin.  Whoever commits something of such sins and God screens him, it is up to God whether to excuse or punish him.”

Postscript.  It must be noted that individuals, groups and countries have perpetrated great crimes in the name of Islam and in the name of Sharia law.  Men women and children have been condemned to death without the benefit of the strict evidence standards demanded by the Sharia and without the sense of justice and forgiveness that are characteristic of the teachings of Quran and the authentic traditions of Prophet Muhammad.

Very nice article. I like Aisha Stacey's all article.