Description: The third in a four part series discussing the biblical evidence that Jesus is not God. 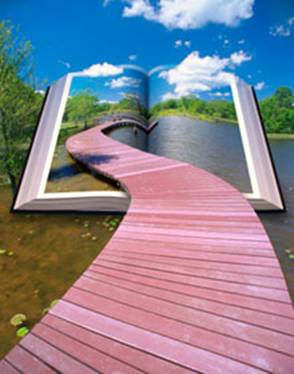 14.     The Bible says that Jesus is subordinate to God

1 Corinthians 15:28 “When he has done this, then the son himself will be made subject to him who put everything under him, so that God may be all in all.”

Since Jesus was subordinate to God, he was not God.

Jesus grew in wisdom, but God is all wise:

Psalms 147:5 “Great is our Lord and abundant in strength; His understanding is infinite.”

God does not need to learn, but Jesus learned.

16.     The Bible says that Jesus had limited knowledge, but god’s knowledge is infinite

Mark 13:32 “No one knows about that day or hour, not even the angels in heaven, nor the son, but only the Father.”

Since Jesus, may the mercy and blessings of God be upon him, did not know, he was not all-knowing, and therefore, he cannot be the God whose knowledge is all-encompassing.

17.     The Bible says that Jesus was tempted, but God cannot be tempted

Since God can not be tempted, but Jesus was, therefore, Jesus was not God.

18.     The Bible says that Jesus’ teachings were from God, NOT Jesus himself

John 7:16 “So Jesus answered them and said, "My teaching is not mine, but His who sent me.”

Jesus could not have said this if he were God because the doctrine would have been his.

The Bible teaches that Jesus died.  God cannot die.  Romans 1:23 and other verses say that God is immortal.  Immortal means, “not subject to death.” This term applies only to God.

20.     The Bible says that Jesus lived because of God

Jesus cannot be God because he depended on God for his own existence.

No one can teach God, otherwise God cannot be All-Knowing and would owe His teacher.  Since Jesus was taught and commanded by God, Jesus cannot be God himself.  The teacher and the student, the commander and the commanded are not one.

“Lord” is used in many ways in the Bible, and others beside God and Jesus are called “Lord.” For example:

“Lord” is not the same as “God.” “Lord” (the Greek word is kurios) is a masculine title of respect and nobility used many times in the Bible.  If Jesus were God, then for the Bible to say he was “made” Lord would make no sense.

24.     The Bible says that Jesus was lower than angels

Hebrews 2:9 “But we do see him who was made for a little while lower than the angels, namely, Jesus.”

God, the Creator of angels, can not be lower than His own creation, but Jesus was.  Therefore, Jesus was not God.

Jesus did not think of himself as God, instead Jesus’ God is the same as ours.