Description: Islam is not only vigorous in its protection of the basic elements of the environment for the benefit of present and future generations, it is equally committed to the protection of human beings and the environment from the harmful impact of external factors such as chemical products and wastes. 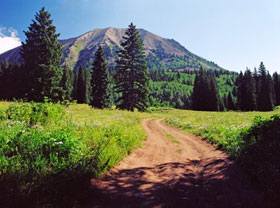 Damage of all forms and kinds is forbidden in Islam.  One of the fundamental principles of Islamic law is the Prophetic declaration:

“There shall be no damage and no infliction of damage.” (Al-Hakim)[1]

Prevention of damage and corruption before it occurs is better than later treatment.  Another important juristic rule in Islamic Law states, “The averting of harm takes precedence over the acquisition of benefits.”  Accordingly, all activities which aim at achieving good and securing benefits by way of satisfying human needs, providing services and developing agriculture, industry, and means of communication should be carried out without causing significant damage, injury, or corruption.  It is therefore imperative that precautions be taken in the processes of envisaging, planning, and implementing such activities so that, as far as possible, they may not be accompanied by, or result in, any form of damage or corruption.

1.      Wastes, Exhausts, Cleansing Materials, and Other Toxic and Harmful Substances

Waste products and exhaust fumes, resulting from ordinary human or industrial activities and the uses of modern and advanced technology, should be carefully disposed of or eliminated in order to protect the environment against corruption and distortion.  It is also vital to protect man from the effects of the harmful impact of these on the environment, and its beauty and vitality, and to ensure the protection of other environmental parameters.  The accumulation of waste is largely a result of our wastefulness.  Islam’s prohibition of wastefulness, however, requires the re-use of goods and recycling of materials and waste products in so far as is possible, instead of their disposal as trash.

The Prophet forbade that a person relieve himself in a water source or on a path, or in a place of shade, or in the burrow of a living creature.[2]  The values underlying these prohibitions should be understood as applicable to the pollution of critical resources and habitats in general.  Waste products, exhaust fumes, and similar pollutants should be treated at their sources with the best feasible means of treatment, and care should be taken in their disposal to avoid adverse side effects that lead to similar or greater damage or injury.  The juristic principle in this connection is, “Damage shall not be eliminated by means of similar or greater damage.”

This is also true of the harmful effects of cleansing agents, and other toxic or harmful materials, used in homes, factories, farms, and other public or private premises.  It is absolutely necessary to take all possible measures to avoid and prevent their harmful effects before they occur, and to eliminate or remove such effects if they do occur in order to protect man and his natural and social environment.  Indeed, if the damage resulting from these materials proves greater than their benefits, they should be prohibited.  In this case, we should look for effective and harmless, or at least less harmful, alternatives.

These same principles apply equally to all pesticides, including insecticides and herbicides.  The use of such materials should not lead to any harm or damage to human beings or the environment in the present or the future.  Consequently, control and prohibition of whatever leads to harm or damage, to people or to ecosystems, is required, even though this control or prohibition may affect the personal interests of some individuals.  This is in accordance with the principle that “A private injury is accepted to avert a general injury to the public.”  All legitimate and lawful means should be used to avoid and prevent damage or harm, provided that such means do not lead to, or cause similar, or greater, damage.  The juristic rule in this connection is “The lesser of two evils should be chosen.”  If the use of such pesticides is unavoidable, then “Dire necessity renders prohibited things permissible.”  However, “Every necessity shall be assessed according to its value,” and “That which is permitted on account of an excuse ceases to be permissible with the cessation of that excuse.”

The most selective and least destructive means of pest control are required by these values and principles of Islam.  Preventive measures, biological controls, non-poisonous repellents, biodegradable substances, and narrow-spectrum pesticides should be favored whenever possible over their more destructive alternatives.  Furthermore, their application should be carefully calculated to protect human life, crops, and livestock with utmost efficiency and effectiveness, and with an eye to make the minimum overall impact on God’s creation.

The principles mentioned above apply to radioactive substances as well, which are not only extremely toxic, but also remain so over extremely long periods of time.  We should prevent and avoid the harmful effects of their use on people and ecosystems.  It is also imperative that we satisfactorily dispose of all radioactive wastes.  Special precautions are required to prevent the discharge of such wastes from nuclear facilities, whether due to carelessness or malfunction, and to avoid all harmful effects from the testing of nuclear explosives.

Since industries, mass communication and transport tend to be accompanied by, and associated with, noise, it is necessary to look for all possible ways and means of avoiding and minimizing this noise.  Noise has a harmful impact on man and the living elements of the environment - hence the necessity of reducing and preventing this harm as far as possible and by every means, according to the rules and injunctions of Islamic Law.

It is also clear that intoxicants and narcotics have a harmful effect on the physical and mental health of human beings and, as a consequence, on his life and reason; his offspring, work, properties, honor, and righteousness.  It has been proven, without doubt, that intoxicants and other drugs cause considerable physical, social, and psychological disorders.  Therefore, all kinds of intoxicants and mind-affecting drugs have been prohibited in Islam.  Their production and marketing as well as of anything that is associated with them or assists in their production is forbidden.  This shows the concern of Islamic legislation over fourteen centuries for the protection of human life and the conservation of the social and physical environment against all forms of corruption, harm, damage and pollution.

All necessary precautions should be taken to minimize the effects of catastrophes which befall man and the environment, such as floods, earthquakes, volcanic eruptions, storms, natural conflagrations, desertification, infestations, and epidemics.  It must be recognized that natural disasters are sometimes caused, at least in part, by acts of man, and that the consequences of their occurrence by way of loss of life and property are, in many cases, aggravated by inappropriate settlement, building, and land use practices.  Accordingly, their impact can be largely mitigated by planning with foresight, based on the understanding of natural processes.  Unsuitable land use practices and activities should not be permitted in areas inherently, or potentially, hazardous to human life and health or in areas vulnerable to the disruption of natural processes.

Protection of human life, property, and interests is essential and necessary and “Whatever is indispensable to fulfill an imperative obligation is, in itself, obligatory.”  Islamic law maintains that “Damage should be eliminated,” and “Damage should be removed to the extent that is possible.”  However, the protective measures that are taken should not lead to other adverse effects in accordance with the principle, “Damage shall not be eliminated by means of similar damage.”

[1] This, and the subsequent legal principles are well known, and unless otherwise referenced, are found in the books of al-Ashbah wa ‘n-Naza ‘ir by Jalal ad-Din as-Suyuti and Zayn al-Abidin ibn Nujaym, and in the Majalat al- Ahkam al-’Adliyah.

Previous: Environmental Protection in Islam (part 6 of 7): The Conservation of Basic Natural Elements - Plants and Animals (2)

Subhanallah, Subhanallah, May Allah accept your precious contributions in presenting the true message of Islam and bestow you great rewards in this short lived world and in the everlasting life of Akhirah. May Allah Kareem give us the wisdom and strength to be on the righteous path (Sirat ul Mustaqeem). Ameen