Description: Is Bahaism true Islam?  Part 1: The Origin and History of the Bahai’s. 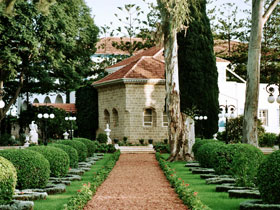 One of the groups associated with Islam which catches the attention of most Westerners is that known as Bahaism, due to their catchy yet evasive principle of peace and the unity of humanity.  In reality, Bahaism is a sect which, according to Islam, is outside its fold due to its various beliefs which oppose the teachings of the Quran and Sunnah, as will become clear upon the most basic analysis of its tenets.

The Bahai movement evolved out of a millenarian sect before it, called the Babis, both in Iran, who emerged in a period of great millenarian expectations, for the year 1844 was to mark the 1000th anniversary of the disappearance of the twelfth Imam famed by the Shi’a.  Thus they can be regarded as an offshoot of the Imamiyyah branch of the Shi’a, the majority Shi’a sect found today and also adopted as the state religion of Iran. This sect, or cult, was founded by one Sayyid ‘Ali Muhammad Shirazi (1819-50), who became known as the Bab, or “Gate.” He earned this label because his followers saw him as the “Gate of the Hidden Imam,” although they later regarded him as the “Gate of God”, the Hidden Imam (leader) himself,[1]  who was expected to bring an end to Islamic law and usher in a new cycle of prophets and traditions.

Shirazi was arrested in 1845, and then executed in 1850 because of the violent revolts staged by his fanatic followers, and the movement was as violently persecuted by the authorities.  Before he died, he prophesied that a messianic figure would soon come and would be called “Him whom God shall make manifest.” One of the Shirazi’s followers who was exiled during the rounds of persecution was Mirza Husayn ‘Ali Nuri, and in 1864 he proclaimed himself to be the prophet foretold by the Shirazi.  Most Babis were either killed, started following Nuri (later known as Bahai’s), or simply went to some other religion.  Those who remained Babis followed the leader of the time, Subh-i Azal, and their holy book, the Bayan (Declaration).  Today there are perhaps only a few hundred Azalis left, scattered around Iran.  It was the followers of Mirza Husayn ‘Ali Nuri who would later evolve into the Bahai faith.

Mirza Husayn Ali Nuri was converted as a young man to the teachings of the Bab.  In 1852 he was thrown into Tehran prison during the first wave of persecution against the Babis for their plot to kill the Shah of Iran, Nasiruddin Shah.  On his release, in January 1853, he went to Baghdad where he became the de facto head of the Babi community there.  In 1863 he proclaimed himself to be the messiah foretold by the Bab.  Such was his influence that the Ottoman authorities decided to move him from Baghdad to Istanbul, and from there to Edirne (in Turkey).  Those who followed his claim became known as Bahai’s, while those who rejected it remained Babis.  In 1868 Nuri and many followers were exiled to Acre in Palestine where he was imprisoned for nine years in the fortress in Acre.  Shortly after his release he went to live in Bahji, near Haifa, now in Israel, where he remained until his death in 1892.

On the death of Baha’ullah, the movement came under the leadership of his eldest son ‘Abbas Effendi (1844-1921), who acquired the title ‘Abd al-Baha (“servant of the glory of God”).  After a spell in prison under the Ottoman Turks, he undertook three missionary journeys: to Egypt (1910), to Europe (1911), and to the United States and Europe (1912-1913).  Lecturing to large audiences, he both consolidated Bahaism in these parts of the world and systematized his father’s teachings.  ‘Abbas Effendi was succeeded by his grandson, Shoghi Effendi (1897-1957), who directed his energies into developing the Bahai communities in Europe and North America.  Under his leadership, the Bahai community came to be organized within a system based on local and national assemblies.  When he died in 1957, he left no heirs, and the movement’s organization was placed under the jurisdiction of a body known as the Council of the Hands of the Cause.  In 1962, the International House of Justice was established in Haifa as their headquarters..  This body is reelected every five years.  Today, there are Bahai communities in most countries of the world.  It is estimated that there are between 3 and 4 million Bahai’s in the world today.  The largest Bahai community is in India with about 1 million members.  In Iran, the Bahai’s remain the largest minority group with about 300,000 adherents.

Bahai’s believe that God’s greatest name is Baha (glory, splendor).  The name is used by Bahai’s when they are addressing one another, and is often found on rings or wall hangings.  A second expression, Ya Baha’ul–-Abha (O Thou the Glory of the All-Glorious), is represented in the form of calligraphy.  The number ‘9’ is regarded as possessing important mystical properties and is sometimes used as a motif in decoration.  The Bahai place of worship is called in Arabic the mashriq al-adhkar (which means the “place where the uttering of the name of God arises at dawn”).  The mashriq is a nine sided building in keeping with the mystical qualities of the number ‘9’.