Description: Clinging to righteousness and avoiding sin is not just about worshipping One God without partner through conventional rituals.  It goes far beyond that to one’s moral and mannerly behavior, taking heed of one’s conscience, and seeking with one’s heart.  Part 1: Righteousness defined by revelation and reason. 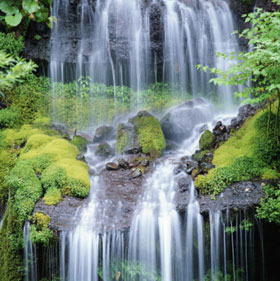 "Righteousness is good character, and sin is whatever bothers you and you do not want people to know." (Saheeh Muslim)

An-Nawwas ibn Sam’aan is a famous companion of Prophet Muhammad.  He belonged to the Arab tribe of Kelaab and settled in Syria after the death of the Prophet.

His report is collected by a scholar of hadeeth named Muslim ibn Al-Hajjaj, who was born in 817 CE in the city of Naishapur, in north-eastern Iran, and died there at the age of 58, in 875 CE.  Muslim began studying the science of Prophetic hadeeth at the age of 15 and traveled to Iraq, Hijaz (Western Saudi Arabia), Syria, and Egypt to study under great hadeeth masters like al-Bukhari, Ahmad ibn Hanbal, and others.  He compiled a book containing some 9,200 hadeeths which is known as Saheeh Muslim.  Muslim scholars consider it to be the most authentic compilation of Prophetic hadeeths after Saheeh al-Bukhari.

This narration is important in that it sheds light on some of the more subtle aspects of righteousness and sin, helping to define them both.  Since Islam gives so much importance to the belief in and worship of One God, one may incorrectly think that this alone is enough to be righteous.  This hadeeth, however, shows that one of the main consequences of correct and true belief is good character, and that it is an intrinsic aspect of the meaning of righteousness.  It emphasizes some of the meanings found in the saying of God which mentions that righteousness, as well as a being a combination of correct belief and prescribed worship, is also proper conduct in human relations:

"Righteousness is not that you turn your faces to the east and the west [in prayer].  But righteous is the one who believes in God, the Last Day, the Angels, the Scripture and the Prophets; who gives his wealth in spite of love for it to kinsfolk, orphans, the poor, the wayfarer, to those who ask and to set slaves free.  And (righteous are) those who pray, pay alms, honor their agreements, and are patient in (times of) poverty, ailment and during conflict.  Such are the people of truth.  And they are the God-Fearing." (Quran 2:177)

Rather than being an end in itself, one of the main purposes of worship is to bring about traits beneficial to the self and society.  God says about the salah (prayer):

Hence one can say without any qualms that Islam as a whole came to perfect good manners, as did the Prophet himself:

"Indeed I was only sent to complete the most noble character traits." (Saheeh Muslim)

As Islam is not a mere religion but a complete way of life, incorporating all of its various facets and aspects, good manners is actually regarded as a means of worship by which one may achieve the same reward of doing other more obvious voluntary acts of worship.  The Prophet, may the mercy and blessings of God be upon him, stated:

"Through his manners and good conduct, the believer can attain the status of a person who frequently fasts and prays at night." (Abu Dawud)

Rather, the Prophet even stated it to be one of the best forms of worship, second to none but the obligatory mandates of Islam:

"On the Day of Resurrection, nothing will be heavier in the scale (of good deeds) of the believer than good conduct.  God hates the one who swears and hurls obscenities." (Abu Dawud, Al-Tirmidhi)

Through maintaining good conduct, one becomes one of the beloved servants of God.  The Prophet said:

"The most beloved slaves of God to God are those who have the best manners." (Al-Hakim)

When one realizes the importance of good character and its essentiality in defining righteousness, an aspect which is the goal of Islam, this exhorts Muslims to fulfill this aspect of faith as well, since one can not become "righteous" through mere belief and devotion to God in themselves without good character.

But what is regarded as good character?  We find that the Quran and Sunnah in various texts define it to be any trait that is beneficial to humans, both to oneself as well as to others, at the same time not being generally or specifically prohibited by Islam.  For example, God says:

"Those who suppress their anger, and forgive other people – assuredly, God loves those who do good." (Quran 3:134)

Righteousness is dealing fairly, justly and politely with one’s family.  The Prophet said:

Truthfulness is an essential aspect of good character which leads to Paradise.  The Prophet said:

These are but a few examples of the numerous texts which define and exhort Muslims to excel in their character and manner.  Although righteousness is those deeds which are naturally pleasing to the conscience of humans, religion plays a vital role in defining what it is.  For example, anything of which its harm is greater than its good cannot be defined as righteousness, even if it may be otherwise regarded as goodness and righteousness.  The Prophet said:

"It is not righteousness that you fast during travel." (Saheeh Al-Bukhari)

Although fasting is one of the most meritorious of deeds, here it is not considered righteousness due to the harm it may incur to the individual and his comrades during a journey.  Also, to steal from the rich in order to give to the poor may not be regarded as righteousness, as stealing has been specifically prohibited in the religion.

At the same time, a deed which may sometimes be seen as harsh may also be considered good character at times, such as striking a child at a certain age as a means of education.  The Prophet said:

For this reason, we look to divine guidance in order to define for us good manners and character, exemplified by the Prophet, as God said:

"Surely, you (O Muhammad) are upon a high standard of moral character." (Quran 68:4)

"Indeed in the Messenger of God you have a beautiful example of conduct to follow…" (Quran 33:21)

Aisha, the wife of the noble Prophet, was asked about his character.  She replied:

"His character was that of the Quran." (Saheeh Muslim, Abu Dawud)

Righteousness and Sin (part 2 of 2): Sin and Human Conscience

Description: Clinging to righteousness and avoiding sin is not just about worshipping One God without partner through conventional rituals.  It goes far beyond that to one’s moral and mannerly behavior, taking heed of one’s conscience, and seeking with one’s heart. Part 2: Sin is what bothers the conscience and is shameful to the righteous heart.

In the second part of this narration, the Prophet mentioned another subtle aspect of sin, which is that sin is anything which bothers a righteous person’s conscience and which a person seeks to hide from others.  An array of actions comes into a person’s mind once they hear these words.

God has inspired within each soul the ability, although limited, to recognize truth from falsehood.

As long as a person seeks righteousness, they will know when they have done something wrong through their conscience, even though they might find numerous ways to excuse themselves for what they are doing.  They would never like anyone to come to know of that thing, for they are ashamed of it; their religion is enriched with shyness, shame and bashfulness.  The Prophet said:

"Shame and bashfulness is from the perfection of faith." (Saheeh Al-Bukhari)

Shame is something which can prevent a person from committing evil.  The Prophet said:

"If you have no shame, then do as you please." (Saheeh Al-Bukhari)

Shame, the highest level being shameful in front of God from committing sins, is a key factor in avoiding sin, and this standard may also be used to judge whether or not an act is a sin.

These sentiments of conscience and shame are a natural consequence to true belief and faith, and this is what the religion of Islam seeks to create within an individual, an Islamic conscience which guides humans through their lives.

This inner conscience is what tells the state of the heart of the individual, whether it is alive seeking the truth, or dead, filled with the desires of this worldly life.  Lack of religiosity and indulging in sin causes a person to lose one’s conscience, and it can no longer be used as a source of guidance.

"…why then did they not believe with humility?  But their hearts became hardened, and Satan made fair seeming to them that which they used to do." (Quran 6:43)

"Have they not traversed through the land, and have they heart with which they perceive, or ears with which they hear?  Indeed it is not the sight which is blinded, but rather what is blinded is the hearts which are in the breasts." (Quran 22:46)

The heart can be used as a guide, in conjunction with the intellect and revelation, in order to ease the search for the truth.  The heart of one who is searching for the truth is indeed one which is alive, for it is this life and yearning which causes them to search for it.  This type of person will never find peace at heart in any other religion except the religion which God ordained for humanity, and as long as their yearning for the truth exists, their conscience will continue to bother them until they find the true religion of God.  Indeed if the person is sincere, God will guide them to the truth:

"And those who desire Guidance, He (God) will increase them in Guidance, and inspire them with [the way to] piety." (Quran 47:17)