The Veil Unveiled: The True Status of Women in Islam (part 1 of 3)

Description: The veil and its meaning in Islam and the Judeo-Christian tradition, as well as a brief look at the Islamic stance towards women.  Part 1: The concept of veiling in Judaism, Christianity, and Islam. 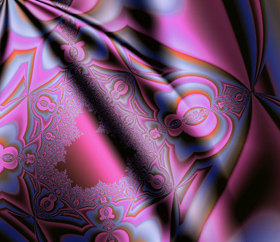 The Islamic veil or hijab refers to the loose-fitting, plain and opaque outer garments which cover a Muslim woman’s body.  While basically identical to the clothing depicted in traditional Christian representations of Mary (peace be upon her and her son), and every nun who has sought to emulate her since, the hijab is readily singled out as sign of extremism, the supposedly inferior status of Muslim women, Those who see Muslim women as little more than sex objects are dismayed at the phenomena of educated, professional or, in any case, ‘free’ Western women turning to Islam.  The claim that female converts are either brainwashed fanatics blinded by their veils or suppressed victims frantic to be liberated is no longer accepted.  Although, sensationalist and often politically-motivated reports of oppressed Muslim women in some contemporary backward societies still enforce the negative stereotype.  What follows is a brief look at the status of women in Islam though comparing the role of the veil in both Islam and Christianity.

“Whoever works righteousness, man or woman, and has faith, verily , to them We will give a new life, good and pure.  And We will bestow on such their reward according to the best of their actions.” (Quran 16:97)

In what would form part of a ‘New Testament’, St. Paul obligated the then common practice of the veil for all women:

‘And every woman who prays or prophesies with her head uncovered dishonors her head - it is just as though her head were shaved.  If a woman does not cover her head, she should have her hair cut off; and if it is a disgrace for a woman to have her hair cut off or shaved off, she should cover her head.  A man ought not to cover his head, since he is the image and glory of God; but the woman is the glory of man.  For man did not come from woman, but woman from man; neither was man created for woman, but woman for man.[1]  For this reason, and because of the angels, woman ought to have a sign of authority on her head.’ (I Corinthians 11:4-10)

St. Tertullian (the first man to formulate the Trinity), in his treatise, On the Veiling of Virgins, even obliged its use at home: ‘Young women, you wear your veils out on the streets, so you should wear them in the church; you wear them when you are among strangers, then wear them among your brothers.’

So Islam didn’t invent the veil, it merely endorsed it.  However, while Paul presented the veil as a sign of man’s authority, Islam clarifies that it is simply a sign of faith, modesty and chastity which serves to protect the devout from molestation.

“O Prophet!  Tell your wives and daughters and the believing women that they should cast their c1oaks over their bodies (when outdoors) so that they be recognized as such (decent, chaste believers) and not molested...” (Quran 33:59)

‘The women who delight in restrictions which tend to their honor, accepted it (the veil) willingly and still affect it, they do not desire a liberty or rather a license which they have learned to regard as inconsistent with their time-honored notions of feminine decorum and delicacy.  They would think very meanly of a husband who permitted them to be exposed, like hetaerae, to the public gaze.’

In truth, the Muslim’s veil is but one facet of her noble status ­a status due in part to the tremendous responsibility that is placed upon her.  Simply put, woman is the initial teacher in the building of a righteous society.  This is why from the most important individual obligations upon a person is to show gratitude, kindness and good companionship to their mother.  Once, the Prophet Muhammad, may the mercy and blessings of God be upon him, was asked:

While the mother is given precedence over and above the father in kindness and good treatment, Islam, like Christianity, teaches that God designated man to be the natural head of the household.

In Islam, man’s authority is in proportion to his socio-economic responsibilities,[2]  responsibilities which reflect the psychological and physiological differences with which God created the sexes.

Marriage is the means by which both sexes can fulfill their different but complementary and mutually beneficial roles.

[1] Islam teaches that God is not a man, but the Creator of man (and woman); and He created both sexes for one noble purpose: “I have not created jinn (spirits) and humans except that they may worship and serve Me (alone).” (Quran 51:56)

[2] Hence, the Muslim man is granted a greater share of inheritance than the woman. He is legally bound to provide for and maintain all the females of the household from his personal wealth while the woman’s wealth is hers alone to spend, invest or save as she pleases.

[3] Dr. Alexis Carrel, the French Noble Laureate, reinforces this point when he writes: ‘The difference existing between man and woman do not come from the particular form of the sexual organs, the presence of the uterus, from gestation or from the mode of education. They are of a more fundamental impregnation of the entire organism ... Ignorance of these fundamental facts has led promoters of feminism to believe that both sexes should have the same powers and the same responsibilities. In reality, woman differs profoundly from man. Every one of the cells of her body bears the mark of her sex. The same is true of her organs and, above all, of her nervous system. Physiological laws ... cannot be replaced by human wishes. We are obliged to accept them just as they are. Women should develop their aptitudes in accordance with their own nature, without trying to imitate males.’ (Carrel, Man and the Unknown, 1949:91)

Next: The Veil Unveiled: The True Status of Women in Islam (part 2 of 3)

I would love to become a sister oneday. Peace