Misconceptions about Allah (part 1 of 3): Is Allah God?

Description: Who is one true God? 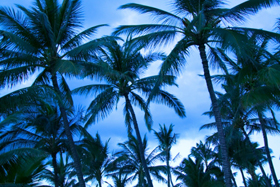 The word God is spelled and pronounced differently in many languages: the French call him Dieu, the Spanish, Dios and the Chinese refer to the One God as Shangdi.  In Arabic, Allah means the One True God, worthy of all submission and devotion.  Jewish and Christian Arabs refer to God as Allah, and He is the same One True God referred to in the Biblical passage,

In all three monotheistic religions (Judaism, Christianity and Islam) God and Allah are the same.  However, when asking the question, Is Allah God, it is equally important to understand who Allah is not.

He is not a man, nor is He an ethereal spirit, therefore when Muslims talk about Allah there is no concept of a trinity.  He was not begotten nor does He beget, therefore He does not have sons or daughters.  He does not have partners or underlings; therefore, there are no demi gods or minor deities inherent in the concept of Allah.  He is not part of His creation and Allah is not in everybody and everything.  Consequently, it is not possible to become allahlike or attain allahhood.

“Say (O Muhammad): He is Allah, [who is] One.  Allah, the Self-Sufficient Master.  He begets not, nor was He begotten; and there is none co-equal or comparable unto Him.” (Quran 112)

The Quran, God’s book of guidance for all of humankind was revealed in Arabic; therefore, non-Arabic speakers can become confused about terminology and names.  When a Muslim says the word Allah, he is talking about God.  God the Supreme, God the Magnificent, God the Omnipotent.  The Creator of all that exists.

“He has created the heavens and the earth in truth.  High be He Exalted above all they associate as partners with Him.” (Quran 16:3)

Muslims believe that Islam is the final message of God to humankind, and they believe that God gave the Torah to Prophet Moses as he gave the Gospel to Prophet Jesus. Muslims believe that Judaism and Christianity, in their pristine forms, were divine religions.  In fact, one of the tenants of Islam is to believe in all of God’s revealed books.  The Prophets of Islam include the same Prophets present in Jewish and Christian traditions; they all came to their people with the same message – to recognize and to worship the One God.

“...were you witnesses when death approached Jacob?  When he said unto his sons, ‘What will you worship after me?’  They said, ‘We shall worship your God, the God of your fathers, Abraham, Ishmael and Isaac, One God, and to Him we submit (in Islam).” (Quran 2:133)

Muslims love and respect all the Prophets and Messengers of God.  However, Muslims believe that the Quran contains the only concept of God that has not been tainted by man made ideas and idolatrous practices.

He, Allah/God made it very clear in Quran that He had sent messengers to every nation.  We do not know all the names, or the dates; we do not know all the stories or the calamities, but we do know that God did not create even a single person and then abandon him.  God’s message of mercy, love, justice, and truth was made available to all of humankind.

“And verily, We have sent among every community or nation, a Messenger (proclaiming), "Worship Allah (Alone), and avoid all false deities...  ". (Quran 16:36)

For thousands of years humankind has lived and died across this wide earth.  Every time a woman looks towards the sky in search of a Creator, she is turning to Allah.  Every time a man buries his face in his hands and begs for mercy or relief, he is asking Allah.  Every time a child crouches fearfully in a corner, his heart is searching for Allah.  Allah is God.  Whenever a person is thankful for the bright new day, or the cool refreshing rain, or the wind whispering in the trees, he or she is thankful to Allah, thankful to God.

Humankind has taken the purity of God and mixed it up with wild imaginings and strange superstitions.  God is not three, He is One.  God does not have partners or associates; He is Alone in His majesty and in His dominion.  It is not possible to become godlike because there is nothing comparable to God.  God is not part of His creation; He is beyond it.  He is the first, and the last.  God is Allah, the Most Merciful.

Next: Misconceptions about Allah (part 2 of 3): Allah – the One and Only