Literacy in Islam (part 3 of 3): Education for all

“Read!  In the Name of your Lord, Who has created (all that exists).  He has created man from a clot (a piece of thick coagulated blood).  Read!  And your Lord is the Most Generous, Who has taught by the pen, He has taught man that which he knew not.” (Quran 96:1-5) 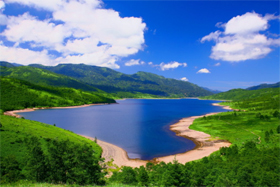 The first word of Quran revealed to Prophet Muhammad, may the mercy and blessings of God be upon him, was read.  Read in the name of your Lord.  God asks the believers to read, seek knowledge, contemplate the universe and its wonders, and give thanks.  Consequently, from day one Islam has encouraged literacy and education.  Throughout Quran, God repeatedly emphasises the importance of education.

“God will exalt in degree those of you who believe, and those who have been granted knowledge.” (Quran 58:11)

“And be not in haste (O Muhammad) with the Quran before its revelation is completed to you, and say, “My Lord!  Increase me in knowledge.” (Quran 20:114)

From its inception, Islam has encouraged learning.  It fosters scientific inquiry; open learning circles; the use of community resources; peer review; problem solving approaches; story telling and free education.  The importance of learning is highlighted by the fact that Prophet Muhammad established education as an integral part of Islam.

Prophet Muhammad established the first Knowledge Sessions at  Dar’ul Arqam.[1]  He would sit in the mosque after prayers, his companions gathered around him, teaching them about the foundations of Islam, the importance of morality and most importantly the Oneness of God.  Prophet Muhammad taught the students in his knowledge sessions verses of Quran and he sent Quran teachers to communities outside Mecca and Medina.

Memorising and understanding the Quran was, and still is the most important subject in Islamic education, followed by learning and memorising the traditions of Prophet Muhammad.  These traditions are transmitted via a chain of narration that guarantees their authenticity, in much the same way that reference lists and bibliographies are used today to guarantee honesty in scholarship.

The teachers closely followed the traditions of Prophet Muhammad, may the mercy and blessings of God be upon him.  They  sat on the ground with their pupils seated in a semi circle in front of them.  Beside the teacher would be his most trusted and learned student, transcribing all that was said.  Education in Islam grew rapidly from small learning circles to schools attached to mosques.  Within a short time, larger schools and universities began to spring up all over the Islamic Caliphate.

As the Caliphate expanded, the Prophet’s method of teaching spread.  Gathering and transmitting Quran and Islamic knowledge was considered a praiseworthy occupation.  Kuttabs (learned men) and mu’allams (teachers) were found in every Islamic city and village.  Ibn Hawqal on his visit to Sicily claimed to have counted about 300 elementary teachers.  Jubayr b. Hayya, who was later to be an official and governor in the early Islamic Caliphate was a teacher in a school in Taif.  Islamic personalities such as al-Hadjadd and the poet’s al-Kumayt and al-Tirimmah are said to have been schoolmasters.[2]

The most renowned and well-respected scholars considered it an honour to teach.  Ibn Muzahim (d. 723CE ) exegist, traditionist and grammarian, is said to have had a school in Kufa attended by more than 3000 children.  In order to supervise all his pupils he  rode up and down between the rows of children on a mule.

Other subjects began to be added to Islamic education.  There were classes in Islamic manners, Islamic law and jurisprudence, mathematics, grammar and medicine, agriculture, ethics, civics, economics, and history.  The teachers, their assistants and their students all took education very seriously.  The method of one teacher is described in the following passage.

“He went several times over the passage from the law book; revised it with the students after they had committed it to memory; called attention to the divergent rulings of Imams Malik and Abu Hanifa in particular, and sometimes of others and to the reservations of the text.  He then quoted the proof texts, then he set forth analogous cases in very clear language, repeating them in different words till they sank into the students minds.”[3]

The mosques and schools were generally charitable foundations.  Literacy and education was encouraged so vigorously that no pupil was turned away.  Lack of money did not mean lack of education.  Remarkable similarities exist between procedures established in early Islamic institutions and educational facilities today.  There were prizes for proficiency, poetry, and oratory contests; examinations were conducted, and degrees granted.

A famous educator was Ibn Sina (known in the west as Avicenna) who was a thinker, doctor, and teacher.  In the 10th century CE, he wrote medical textbooks that were used as primary medical references for more than 800 years.  Ibn Sina developed curriculums and theories of education able to stand the tests of time.

He emphasized the need for children to learn the Quran, poetry, devoutness and ethics.  But he also did not ignore a child’s need for play, movement, and diversion.[4]   He thought the overall aim of education was the physical, spiritual, and moral growth of each individual.  He thought of education as a way of preparing children to make a lasting contribution to their society.

Although unlettered, Prophet Muhammad, may the mercy and blessings of God be upon him, understood the importance of  literacy and education.  He inspired his followers to seek knowledge and pass that knowledge on to others.  He taught the importance of memorising Quran and acting upon the knowledge it conveys.  He encouraged his followers to look for the signs of God’s magnificence in the world around them.  To love God one has to know Him, Knowing Him comes by understanding the splendour of the world He created.  Knowledge is the key to loving our Creator and worshipping Him in the best way.