The Purpose of Life (part 2 of 3): The Islamic Viewpoint

Can Christianity Answer the Question?

In Christianity, the meaning of life is rooted in faith in the gospel of Jesus Christ, in finding Jesus as Savior.  "For God so loved the world that he gave his only son, that whoever believes in him should not perish but have eternal life."  However, the proposition is not without serious problems.  First, if this is the purpose of creation and the precondition for eternal life, why was it not taught by the prophets to all the nations of the world?  Second, had God turned into man close to the time of Adam all mankind would have had an equal chance to eternal life, unless those before the time of Jesus had another purpose for their existence!  Third, how can people today who have not heard of Jesus fulfill the Christian purpose of creation?  Naturally, such a purpose is too narrow and goes against divine justice.

Islam is the response to humanity’s search for meaning.  The purpose of creation for all men and women for all times has been one: to know and worship God.

The Quran teaches us that every human being is born conscious of God,

"(Remember) when your Lord extracted from the loins of Adam’s children their descendants and made them testify [saying]: ‘Am I not your Lord?’  They said: ‘Yes, we testify to it.’  (This was) in case you say on the Day of Judgment: ‘We were unaware of this.’  Or you say: ‘It was our ancestors who worshipped others besides God and we are only their descendants.  Will you then destroy us for what those liars did?’"(Quran 7:172-173)

The Prophet of Islam teaches us that God created this primordial need in human nature at the time Adam was made.  God took a covenant from Adam when He created him.  God extracted all of Adam’s descendants who were yet to be born, generation after generation, spread them out, and took a covenant from them.  He addressed their souls directly, making them bear witness that He was their Lord.  Since God made all human beings swear to His Lordship when He created Adam, this oath is imprinted on the human soul even before it enters the fetus, and so a child is born with a natural belief in the Oneness of God.  This natural belief is called fitra in Arabic.  Consequently, every person carries the seed of belief in the Oneness of God that lies deeply buried under layers of negligence and dampened by social conditioning.  If the child were left alone, it would grow up conscious of God - a single Creator - but all children are affected by their environment.  The Prophet of God said,

"Each child is born in a state of ‘fitra’, but his parents make him a Jew or a Christian.  It is like the way an animal gives birth to a normal offspring.  Have you noticed any young born mutilated before you mutilate them?"[1] 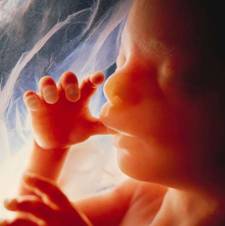 Figure 1 The marvel of life.  An unborn fetus sucking its thumb.

So, just as the child’s body submits to physical laws, set by God in nature, its soul submits naturally to the fact that God is its Lord and Creator.  However, its parents condition it to follow their own way, and the child is not mentally capable of resisting it.  The religion which the child follows at this stage is one of custom and upbringing, and God does not hold it to account for this religion.  When a child matures into an adult, he or she must now follow the religion of knowledge and reason.  As adults, people must now struggle between their natural disposition towards God and their desires in order to find the correct path.  The call of Islam is directed to this primordial nature, the natural disposition, the imprint of God on the soul, the fitra, which caused the souls of every living being to agree that He Who made them was their Lord, even before the heavens and earth were created,

According to Islam, there has been a basic message which God has revealed through all prophets, from the time of Adam to the last of the prophets, Muhammad, peace be upon them.  All the prophets sent by God came with the same essential message:

The prophets brought the same answer to mankind’s most troubling question, an answer that addresses the yearning of the soul for God.

‘Islam’ means ‘submission’, and worship, in Islam, means ‘obedient submission to the will of God.’

Every created being ‘submits’ to the Creator by following the physical laws created by God,

"To Him belongs whosoever is in the heavens and the earth; all obey His will." (Quran 30:26)

They, however, are neither rewarded nor punished for their ‘submission’, for it involves no will.  Reward and punishment are for those who worship God, who submit to the moral and religious Law of God of their own free will.  This worship is the essence of the message of all the prophets sent by God to mankind.  For example, this understanding of worship was emphatically expressed by Jesus Christ,

"None of those who call me ‘Lord’ will enter the kingdom of God, but only the one who does the will of my Father in heaven."

‘Will’ means ‘what God wants human beings to do.’  This ‘Will of God’ is contained in the divinely revealed laws which the prophets taught their followers.  Consequently, obedience to divine law is the foundation of worship.  Only when human beings worship their God by submitting to His religious law can they have peace and harmony in their lives and the hope for heaven, just like the universe runs in harmony by submitting to the physical laws set by its Lord.  When you remove the hope of heaven, you remove the ultimate value and purpose of life.  Otherwise, what difference would it really make whether we live a life of virtue or vice?  Everyone’s fate would be the same anyway.

[1] Saheeh Al-Bukhari, Saheeh Muslim. The Arabs would cut the ears of camels and the likes as a service to their gods in pre-Islamic times.