Trinitarian Verses (part 1 of 4): “A Child Will Be Born To Us…Eternal Father, Prince of Peace”

Description: A discussion of the various passages in which Christians seek to prove the Trinitarian nature of God.  Part 1: Isaiah 9:6. 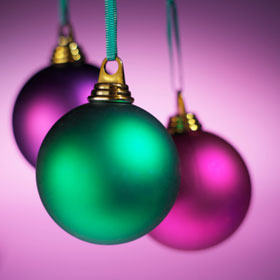 There are several key verses which Christians use to prove the biblical origin of the Trinity.  Upon analysis of these verses, one can clearly see that they do not prove the Trinity, but rather the same monotheistic message of God.  One of the most frequently cited passages from the Bible is Isaiah 9:6-7, from which Christians conclude that the Messiah must be God incarnate.  The passage states:

“or a child will be born to us, a son will be given to us; And the government will rest on His shoulders; And His name will be called Wonderful Counselor, Mighty God, Eternal Father, Prince of Peace.  There will be no end to the increase of His government or of peace, on the throne of David and over his kingdom, to establish it and to uphold it with justice and righteousness from then on and forevermore the zeal of the Lord of hosts will accomplish this.”

That Isaiah 9:6 has been misinterpreted can be seen from the fact that Jesus is never called the “Eternal Father” anywhere else in Bible.  Since the Trinitarian doctrine teaches that Christians should “neither confound the Persons nor divide the Substance” (Athanasian Creed), how can the Trinitarians accept that Jesus is the “Eternal Father”? Let us consider additional facts impartially.

Notice that it says “a child HAS been born to us.”  This is an event that has just occurred, not a future event.  Isaiah is not making a prophecy, but recounting history.  A future event would say a child will be born to us, but this is NOT what the verse says.  The Christian translations capitalize the word ‘son’ assuming that this is a messianic prophecy and the names of a divine son.

Second, the two letter word “is”, is usually not stated in Hebrew.  Rather, “is” is understood.  For example, the words “hakelev” (the dog) and “gadol” (big), when joined into a sentence - hakelev gadol - means “the dog IS big,” even though no Hebrew word in that sentence represents the word “is.”  A more accurate translation of the name of that child, then, would be “A wonderful counselor is the mighty God, the everlasting father ...”.  This name describes God, not the person who carries the name.  The name Isaiah itself means “God is salvation,” but no one believes the prophet himself is God in a human body!

Third, the phrase “Mighty God” is a poor translation according to some biblical scholars.  Although English makes a clear distinction between “God” and “god,” the Hebrew language, which has only capital letters, cannot.  The Hebrew word “God” had a much wider range of application than it does in English.  Some suggest a better translation for the English reader would be “mighty hero,” or “divine hero.”  Both Martin Luther and James Moffatt translated the phrase as “divine hero” in their Bibles.

Fourth, according to the New Testament, Jesus was never called any of these names in his lifetime.

Fifth, if Isaiah 9:6 is taken to refer to Jesus, then Jesus is the Father!  And this is against the Trinitarian doctrine.

Seventh, the passage is talking about the wonders performed by the Lord for Hezekiah, king of Judah.  Preceding verses in Isaiah 9 talk of a great military triumph by Israel over its enemies.  At the time Isaiah is said to have written this passage, God had just delivered King Hezekiah and Jerusalem from a siege laid by the Assyrians under General Sennacherib.  The deliverance is said to have been accomplished in spectacular fashion: an angel went into the Assyrian camp and killed 185,000 soldiers while they slept.  When Sennacherib awoke to find his army decimated, he and the remaining soldiers fled, where he was assassinated by his own sons (Isaiah 37:36-38).  Chapters 36 and 37 of Isaiah recount how Hezekiah stood firm in the face of Sennacherib’s vast army and his blasphemous words against the God.  When all seemed lost, Hezekiah continued to trust in the Lord, and for this he was rewarded with a miraculous victory.  It is interesting to note that the statement, “the zeal of the Lord of hosts will accomplish this,” found at the end of Isaiah 9:7, is found in only two other places in the Bible: Isaiah 37:32 and 2 Kings 19:31.  Both these passages discuss the miraculous deliverance of Hezekiah by God.  Therefore, in light of the above, Isaiah is recounting God’s defense of Jerusalem during the Assyrian siege.  Furthermore, Soncino’s commentary says the chapter is about the fall of Assyria and the announcement of the birth of Hezekiah, the son of Ahaz.

Next: Trinitarian Verses (part 2 of 4): “His Name Shall Be Immanuel”

awsome article i like how you research and compare and proof christianity doesnt make sense.