The Signs in the Heavens and on the Earth

Description: Everything, every detail from the atom, the smallest unit of matter, to the galaxies harboring billions of stars, from the moon, an inseparable adjunct of the world, to the solar system, all work in a perfect harmony, running flawlessly, just like a watch; these facts and others all prove the existence of God. 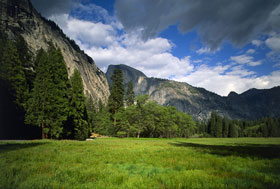 Assume that you are going to set up a big city by bringing millions of Lego pieces together.  Let there be in this city skyscrapers, twisting roads, railway stations, airports, shopping malls, subways and also rivers, lakes, forests and a beach.  Let there also be living in it thousands of people wandering in its streets, sitting in their homes and working in their offices.  You will take every detail into account.  Even the traffic lights, box offices, and the signboards at the bus stations.

If someone came up to you and said that all the Lego pieces of this city, which you had established by planning it right down to the smallest detail, each piece of which you had picked up and set down with great pains, had been brought together by coincidence to produce it, what would you think of the mental state of that person?

Now, go back to the city you have built and consider that if you had forgotten to put into place even a single Lego piece, or changed its place, the whole city may collapse;  leveled to the ground.  Can you imagine what great balance and order you have had to establish in order to make it stable?

Life in the world where we live is also made possible by the accumulation of such a great number of details that they are incomprehensible to the human mind.  The absence of even one of these details might mean the end of life on the earth.

Everything, every detail from the atom, the smallest unit of matter, to the galaxies harboring billions of stars; from the moon, an inseparable adjunct of the world, to the solar system; all work in a perfect harmony.  This well-organized system runs flawlessly, just like a watch.  People are so confident that this billions-of-years-old system will go on functioning - without leaving out even the smallest detail - that they can freely make plans about something they think will be realized in the next 10 years.  No one is worried about whether the sun will rise the next day.  A great majority of people do not think about 'whether the world may ever chance to break free from the gravitation of the sun and start to move towards the unknown in the pitch-dark space'; nor do many ask,  'What keeps these disasters from happening?'.

In the same manner, when people are about to sleep, they are very confident that their hearts or respiratory systems will not relax as their brains do.  However, even a few seconds' halt in any one of these two vital systems may well cause results that will cost one's life.

When the 'glasses of familiarity' which surround the whole of life and cause every event to be assessed as if 'it is taking place in its natural course' are taken off, one is free to see that everything is made up of such closely interdependent, meticulously planned systems that it is as if we were hanging on to life by the skin of our teeth.  You will notice an excellent order prevailing in every spot you turn your eyes on.

Certainly, there is a great power that creates such an order and harmony.  The possessor of this great power is God, Who created everything out of nothing.  In a verse of the Quran, God says:

When we look at the living beings in the heavens, on the earth and in all that lies between them, we see that they all prove the existence of their Creator in their own right.  So I suggest we all take a moment to reflect on the natural phenomena and living beings that every one sees, yet never thinks about, and how they have come into being and continue their existence.  If we were to write down all the signs of God in the universe, they would fill many thousands of volumes of encyclopedias… for God Exists.

To Him is due the origin of the heavens and the earth, and His existence can be known through reason.