The Scientific World is turning to God

Description: Examples of scientists who, after years of preaching atheism, have finally admitted to the theory of Intelligent Design. 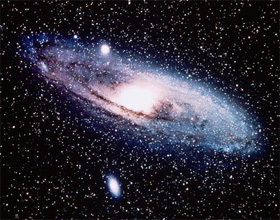 “As people have certainly been influenced by me, I want to try and correct the enormous damage I may have done.” (Anthony Flew)

The newspapers these days are echoing with these regret-filled words by Antony Flew, in his time a well-known atheist philosopher.  The 81-year-old British professor of philosophy Flew chose to become an atheist at the age of 15, and first made a name for himself in the academic field with a paper published in 1950.  In the 54 years that followed, he defended atheism as a teacher at the universities of Oxford, Aberdeen, Keele and Reading, at many American and Canadian universities he visited, in debates, books, lecture halls and articles.  In recent days, however, Flew has announced that he has abandoned this error and accepts that the universe was created.

The decisive factor in this radical change of view is the clear and definitive evidence revealed by science on the subject of creation.  Flew realized, in the face of the information-based complexity of life, that the true origin of life is intelligent design and that the atheism he had espoused for 66 years was a discredited philosophy.

Flew announced the scientific reasons underlying this change in belief in these terms:

“Biologists’ investigation of DNA has shown, by the almost unbelievable complexity of the arrangements which are needed to produce [life], that intelligence must have been involved.”[1]

“It has become inordinately difficult even to begin to think about constructing a naturalistic theory of the evolution of that first reproducing organism.”[2]

“I have been persuaded that it is simply out of the question that the first living matter evolved out of dead matter and then developed into an extraordinarily complicated creature.”[3]

The DNA research which Flew cites as a fundamental reason for his change of opinion has indeed revealed striking facts about creation.  The helix shape of the DNA molecule, its possession of the genetic code, the nucleotide strings that refute blind chance, the storage of encyclopedic quantities of information and many other striking findings have revealed that the structure and functions of this molecule were arranged for life with a special design.  Comments by scientists concerned with DNA research bear witness to this fact.

Francis Crick, for instance, one of the scientists who revealed the helix shape of DNA admitted in the face of the findings regarding DNA that the origin of life indicated a miracle:

An honest man, armed with all the knowledge available to us now, could only state that in some sense, the origin of life appears at the moment to be almost a miracle, so many are the conditions which would have had to have been satisfied to get it going.[4]

Based on his calculations, Led Adleman of the University of Southern California in Los Angeles has stated that one gram of DNA can store as much information as a trillion compact discs.[5]  Gene Myers, a scientist employed on the Human Genome Project, has said the following in the face of the miraculous arrangements he witnessed:

“What really astounds me is the architecture of life… The system is extremely complex.  It’s like it was designed… There’s a huge intelligence there.”[6]

The most striking fact about DNA is that the existence of the coded genetic information can definitely not be explained in terms of matter and energy or natural laws.  Dr. Werner Gitt, a professor at the German Federal Institute of Physics and Technology, has said this on the subject:

A code system is always the result of a mental process… It should be emphasized that matter as such is unable to generate any code.  All experiences indicate that a thinking being voluntarily exercising his own free will, cognition, and creativity, is required… There is no known natural law through which matter can give rise to information, neither is any physical process or material phenomenon known that can do this.[7]

Creationist scientists and philosophers played a major role in Flew’s acceptance of intelligent design, backed up by all these findings.  In recent times Flew participated in debates with scientists and philosophers who were proponents of creation, and exchanged ideas with them.  The final turning point in that process was a discussion organized by the Institute for Metascientific Research in Texas in May, 2003.  Professor Flew participated in the discussion together with the author, Roy Abraham Varghese, a physicist, and the molecular biologist, Gerald Schroeder.  Flew was impressed by the weight of the scientific evidence in favor of creation and by the convincing nature of his opponents’ arguments and abandoned atheism as an idea in the period following that discussion.  In a letter he wrote for the August-September, 2003, edition of the British magazine Philosophy Now, he recommended Schroeder’s book “The Hidden Face of God: Science Reveals the Ultimate Truth” and Varghese’s book “The Wonderful World.”[8]  During an interview with the professor of philosophy and theology Gary R. Habermas, who also played a major role in his change of mind,[9]  and also on the video “Has Science Discovered God?”  he openly stated that he believed in intelligent design.

The “Intelligence Pervading the Universe” and the Collapse of Atheism

In the face of all the scientific developments outlined above, the acceptance of intelligent design by Anthony Flew, famous for defending atheism for many years, reflects a final scene in the process of collapse which atheism is being subjected to Modern science has revealed the existence of an “intelligence pervading the universe,” thus leaving atheism out of the equation.

In his book “The Hidden Face of God,” Gerald Schroeder, one of the creationist scientists who influenced Flew, writes:

A single consciousness, a universal wisdom, pervades the universe.  The discoveries of science, those that search the quantum nature of subatomic matter, have moved us to the brink of a startling realization: all existence is the expression of this wisdom.  In the laboratories we experience it as information that first physically articulated as energy and then condensed into the form of matter.  Every particle, every being, from atom to human, appears to represent a level of information, of wisdom.[10]

Scientific research into both the functioning of the cell and the subatomic particles of matter has revealed this fact in an indisputable manner: Life and the universe were brought into being from nothing by the will of an entity possessed of a superior knowledge and wisdom.  There is no doubt that the possessor of that knowledge and wisdom that designed the universe at all levels is Almighty God.  God reveals these truths in many verses of the Quran.