Crime and Punishment in Islam (part 1 of 5): Introduction

Description: A detailed discussion about the regulations Islam has set in regards to dealing with crime in society.  Part 1: Introduction and the Islamic approach to combating crime. 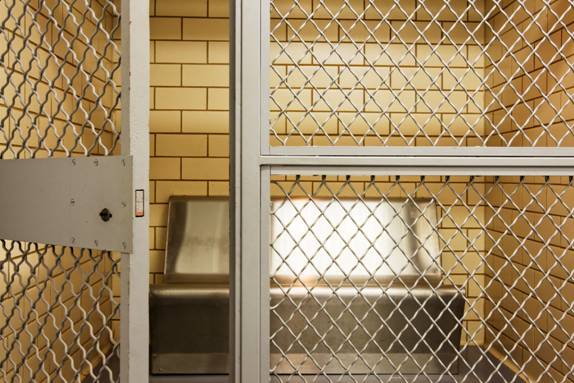 Security and stability are basic human needs, no less important than food and clothing.  Without security and stability, a human being is not able to properly conduct his daily life, let alone come up with new ideas or contribute to the development of a high level of civilization.

Man has been conscious of the need for security since the beginning of his life on Earth, and he has continuously expressed his awareness of this need in many ways.  With the formation and evolution of human society, he has expressed this and other needs through the establishment of a state and the formation of laws.  This was accomplished in order to ensure general security, settle disputes and conflicts that threaten society, and oppose external threats to its security posed by other nations.  The development of these man-made laws did not come to completion except in the last few centuries as the result of a long process of trial and error.

By contrast, the Law of Islam was sent down to Muhammad, may the mercy and blessings of God be upon him, in its complete form as part of His final message to humanity.  Islamic Law pays the most careful attention to this matter and provides a complete legal system.  It takes into consideration the changing circumstances of society as well as the constancy and permanence of human nature.  Consequently, it contains comprehensive principles and general rules suitable for dealing with all the problems and circumstances that life may bring in any time or place.  Likewise, it has set down immutable punishments for certain crimes that are not affected by changing conditions and circumstances.  In this way, Islamic Law combines between stability, flexibility, and firmness.

The Islamic Approach to Combating Crime

The ultimate objective of every Islamic legal injunction is to secure the welfare of humanity in this world and the next by establishing a righteous society.  This is a society that worships God and flourishes on the Earth, one that wields the forces of nature to build a civilization wherein every human being can live in a climate of peace, justice and security.  This is a civilization that allows a person to fulfill his every spiritual, intellectual, and material need and cultivate every aspect of his being.  This supreme objective is articulated by the Quran in many places.  God says:

"We have sent our Messengers with clear signs and have sent down with them the book and the criterion so that man can establish justice.  And we sent down iron of great strength and many benefits for man..." (Quran 57:25)

"God commands justice, righteousness, and spending on ones relatives, and prohibits licentiousness, wrongdoing, and injustice…" (Quran 16:90)

2.    The preservation of religion.

4.    The preservation of lineage.

5.    The preservation of property.

It should therefore become clear to us why the crimes for which Islam for which the Law has prescribed fixed punishments are as follows:

1.    Transgression against life (murder or assault).

3.    Transgression against lineage (fornication and false accusations of adultery).

6.    Transgression against all of these universal needs (highway robbery).