The Ancient Kingdom of Israel (part 6 of 6): Kingship and Prophethood 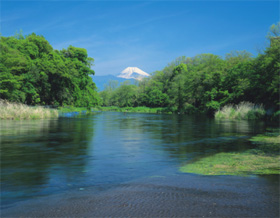 The story of King Solomon and the Queen of Sheba is the final part in a series of articles about the Ancient Kingdom of Israel.  Many people may have been intrigued by the fact that the characters and stories are similar to those contained in Biblical texts and history.  However, the Islamic perspective differs in some fundamental ways.

Solomon was both a prophet and a king.  His mission as a Prophet of God was to spread the message that God is One, without partner or similitude.  He also upheld the laws of God,.  As king, he led the Children of Israel into a golden age of wealth and prosperity.

Solomon’s kingdom and army were beyond compare.  His army consisted of battalions of men, troops of jinn (creations from fire) and even squadrons of birds.  Solomon was able to communicate with birds, control the jinn, and command the respect and loyalty of men.  He marched with the immense army, believed to number in the hundreds of thousands, across his empire.

The Mosque in Jerusalem

Muslims believe that Masjid al Aqsa (the Holy Mosque in Jerusalem) was rebuilt or expanded by King Solomon.  According to Islamic history, Prophet Jacob, built Masjid al Aqsa approximately 40 years after his grandfather Prophet Abraham built the House of God in Mecca.  Islam totally rejects the notion that King Solomon built a temple on the Masjid al Aqsa site, and herein lays one of the basic differences between Jewish and Islamic belief.  It is what causes some of the dilemmas that exist in the Holy Land today.  Although a Prophet in all three monotheistic religions, small differences about the nature and history of Solomon have, over time, created great divides.

After consolidating his kingdom, with Jerusalem as the capital, Solomon and his army marched towards the area known as Sheba.  Rain in this area (the Empty Quarter of the Saudi Arabian desert and Yemen) was seasonal; therefore, the people had constructed dams and irrigation networks.  The barren land was transformed into vast gardens and fertile plains.  After learning of this lush greenery, Solomon wanted to see the transformation himself.

The battalions marched forward and came to a valley populated by ants.  One of the tiny ants saw the huge army approaching and cried out.  “O ants!  Enter your dwellings, lest Solomon and his army crush you, while they perceive not.”  (Quran 27:18).  Solomon understood the language of the ants and he smiled, pleased that the ant knew that he would not allow the nation of ants to be crushed intentionally.  Solomon was grateful to God and thanked him for saving the ant’s lives.  He was not a tyrannical King  who ruled with an iron fist over his dominion; Solomon treated all of God’s creatures with respect.

After his encounter with the ant, Solomon was inspecting his army and noticed that one particular bird was missing from the ranks.  He inquired as to the hoopoe’s whereabouts and was determined to punish the bird for its absence.  The hoopoe was a bird able to detect underground waterways and King Solomon was particularly interested in how and why the Sheba plains were lush and fertile.  With in a short time the hoopoe returned and addressed King Solomon saying,

“I have grasped (the knowledge of a thing) which you have not grasped and I have come to you from Sheba with true news.  I found a woman ruling over them, she has been given all things that could be possessed by any ruler of the earth, and she has a great throne.  I found her and her people worshipping the sun instead of God, and Satan has made their deeds fair seeming to them, and has barred them from God’s Way, so they have no guidance.”  (Quran 27: 22-24)

The Hoopoe worshipped and obeyed God with true submission.  The bird explained to King Solomon that although Queen Bilqis’ throne was truly magnificent and a wonder of the age the Owner of the Supreme Throne was God, the Almighty.  Solomon addressed the hoopoe saying,

“We shall see whether you speak the truth or you are one of the liars.  Go with this letter of mine, and deliver it to them, then draw back from them, and see what answer they return.”

The hoopoe dropped the letter into the Queen’s lap and withdrew, hiding, listening to the exchange between the Queen and her advisors.

“She said, “O chiefs!  Verily!  Here is a delivered to me a noble letter.  Verily!  It is from Solomon and verily!  It (reads), ‘I begin with the Name of God, the Most Beneficent, the Most Merciful; be you not arrogant towards me, but come to me as Muslims (true believers who submit to God with full submission).”

She said, “O chiefs!  Advise me in this case of mine.  I decide no case till you are present with me.”

Queen Bilqis displayed wisdom, for although she had the ability to engage in a war, she chose instead to send gifts to King Solomon.  Solomon returned the gifts explaining that God had already given him everything that he needed.  He dealt with Bilqis respectfully but pointed that if she did not cease worshipping the sun he would have no choice but to uproot her kingdom and drive her people from their land.  Again, Bilqis displayed wisdom and good judgement.

Solomon and the Queen of Sheba

Rather then taking offense at Solomon’s words and actions, Bilqis decided to visit him and see first hand the wonders her envoys had described to her.  Whilst she was travelling, King Solomon ordered one of his jinn to bring him Bilqis’ magnificent throne.  It was delivered to him within the flicker of an eye; such was the speed and ability of the jinn.  When Bilqis arrived, King Solomon asked her if she recognised the throne before her.  With her customary wisdom and diplomacy, she said, “it appeared to be just like my very own”.

After experiencing the wonders of Solomon’s empire Bilqis realised that she was in the presence of a wise and formidable leader, but to her benefit she also realised his status a Prophet of God.  Bilqis immediately renounced sun worship and vowed to accept the teaching of God and encourage her people to do the same.  The scholars of Islam point out that Bilqis’ innate wisdom led her to the truth.

Solomon’s life was full of wonder and his death was no different.  He died sitting on his throne, looking out over his kingdom.  The jinn continued to work unabated thinking that their master was watching over them.  A tiny ant nibbled at Solomon’s staff until it fell from his hand and his body toppled over, revealing that he had passed away.

“Then when we decreed death for him (Solomon), nothing informed them (jinn) of his death except a little worm of the earth, which kept slowly gnawing away at his stick, so when he fell down.” (Quran 34:12-14).

Jewish and Christian history decries King Solomon as a man known for his excesses.  For Muslims, he is a wise and noble man.  Islam rejects completely that Prophet Solomon disobeyed the laws of God or that he worshipped idols.  He was the son of a prophet who spent his entire life striving to please God.  He consolidated his father David’s empire, and led the children of Israel into a golden age.  He possessed many talents and his life is one of wonder and miracles but wisely, he understood that the true and lasting reward was in the hereafter.

Previous: The Ancient Kingdom of Israel (part 5 of 6): Into the Golden Age

A really interesting work based on Qur'an and Hadith... this is really a wonderful work....