The Ancient Kingdom of Israel (part 5 of 6): Into the Golden Age

Description: All power and strength is from God alone. 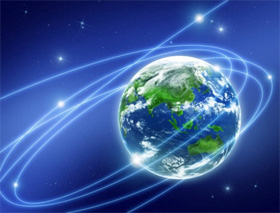 The prophets of God were mere human beings but their responsibilities required that they posses exceptional characteristics.  Each Prophet was obligated to spread the same message – man’s purpose is to worship One God. (Quran 51:56)  However, they were also required to implement and uphold the laws of God.  In order to make each prophet credible, God granted them miracles, pertinent and understandable  to the people to whom they were sent.  The miracle that defined Prophet Solomon was his unique kingdom.[1]

Both Prophet David, and his son Solomon were wise and just rulers because God had bestowed upon them knowledge, and good judgement.  David established an empire, and Solomon led the children of Israel into a Golden Age.  Solomon’s kingdom was like no other that has ever existed, or indeed will exist in the future.  God, the best of planners, involved Prophet Solomon in tests and trials designed to mould his character, thus his life was punctuated by events designed to mold knowledge and experience.

God describes Solomon as “an excellent slave” because of his sincere repentance.  The tests and trials Solomon confronted sometimes led him to commit errors in judgement but he learned from his mistakes.  On one occasion Solomon wiled away his time admiring his string of thoroughbred horses until the time for the afternoon prayer had passed.  However, when he realised his error, he turned to God with remorse and sadness, and begged for forgiveness.

“And to David We gave Solomon.  How excellent a slave!  Verily, he was ever oft returning in repentance (to Us)!  When there were displayed before him, in the afternoon, well-trained horses of the highest breed.  He said, “Alas!  I did love these horses instead of remembering my Lord until the time for prayer was over, and (the sun) had hidden in the veil (of night).  Then he said “Bring them (horses) back to me.”  Then he began to pass his hand over their legs and their necks (till the end of the display).  And, indeed, We did try Solomon...” (Quran 38:30-34)

Upon the death of Prophet David, Solomon inherited both the prophethood and the empire.  Due to his high level of wisdom, Solomon was acutely aware of the power of God.  He recognised that God was responsible for any condition he found himself in, whether easy or difficult, and he praised God for it.  He said, “All praise and thanks is due to God” (Quran 27: 15).  Solomon understood that no power or strength would be his, unless he requested it from God.  Therefore, he turned to God and asked for a kingdom that would never be surpassed.  God granted his request.  He bestowed upon Solomon many abilities, and they assisted him in establishing a magnificent kingdom.

“He said, “My Lord!  Forgive me, and bestow upon me a kingdom such as shall not belong to any other after me.  Verily, You are the Bestower.”

So, We subjected to him the wind, it blew gently to his order whithersoever he willed, and also the devils from the jinns including every kind of builder and diver, and also other bound in fetters.  (Saying of God to Solomon): “This is Our gift, so spend you or withhold, no account

“And to Solomon We subjected the wind strongly raging, running by his command towards the land, which We had blessed.  And of everything, We are the All-Knower.  And of the devils from the jinn were some who dived for him, and did other work besides that; and it was We who guarded them.” (Quran 21:81-82)

“And We caused a fount of molten brass to flow for him, and there were jinns that worked in front of him by the Leave of his Lord, and whosoever of them turned aside from Our Command, We shall cause him to taste of the torment of the blazing Fire.  They worked for him what he desired, (making) high rooms, images, basins as large as reservoirs, and (making) cauldrons fixed (in their places).  “Work you, O family of David, with thanks!”  But few of My slaves are grateful.” (Quran 34:12-13)

Prophet Solomon was a King of great renown.  His Kingdom was unique and his Empire represented a golden age for the Children of Israel.  He ruled with wisdom and justice, and acknowledged that all power and strength were from God alone.  King Solomon however was not the only mighty ruler in the area.  In the land now known as Yemen but once known as Sheba, lived a Queen named Bilqis.

[1] Based on the work of Imam Ibn Kathir.  The Stories of the Prophets.

[2] Jinn are beings created by God, from smokeless fire, before the creation of humankind.  Some are good and some are evil, some are Muslim, and some are not.