The Ancient Kingdom of Israel (part 4 of 6): Wisdom

“And God gave him (David) the kingdom and Al­Hikmah (Prophethood), and taught him of that which He willed.” (Quran 2:251) 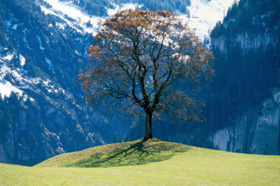 In the tales from the Old Testament, and Biblical history, Prophet Solomon is often referred to as Solomon the wise, however in Islam; all the prophets are known to possess exceptional wisdom.  In fact, the Arabic word hikmah is sometimes translated as Prophethood when in fact it means all the qualities we associate with wisdom including good judgement and the ability to run the affairs of people and deal with them justly.  God prepares and moulds the character of all His Prophets, however both David, and his son Solomon were known to be exceptionally wise men.  Solomon displayed wisdom at an early age and even advised his father, but Prophet David’s early adulthood was spent gaining knowledge and life experience.[1]  Gradually God steered the course of their lives.  David made mistakes, but he learned from them.  The knowledge and wisdom of these two men continues to have an affect on Islamic judgement and counsel.

Although David endured a demanding lifestyle, he always found time for contemplation and prayer.  Everyday he would spend time in a secluded area remembering God, praying, and supplicating.  David's soldiers guarded the area but one particular day two men appeared out of nowhere.  David was shocked and surprised by their presence.  He drew back, startled, but the men spoke calmly and reassured David; they explained that they were petitioners seeking judgement.

“And has the news of the litigants reached you?  When they climbed over the wall into (his) Mihrâb (a praying place or a private room).When they entered in upon David, he was terrified of them, they said, "Fear not!  (We are) two litigants, one of whom has wronged the other, therefore judge between us with truth, and treat us not with injustice, and guide us to the Right Way.” (Quran 38:21-22)

The two men stood before David and one presented his case.  David was shocked by what appeared to be an obvious case of the oppression of one person by the other.  He swiftly passed judgement and just as swiftly, the two men disappeared.  In that moment, David realised that the two men were angels sent by God to test him and that he had failed to pass the test.  He fell to the floor and begged God to forgive his rash judgement.  David now understood that he had not listened to both sides of the story.  He had passed judgement with only half the information he needed.  Quran describes David’s lack of patience and impulsiveness, and the benefit of turning to God in repentance in the following verses.

“Verily, my brother (in religion) has ninety-nine ewes, while I have (only) one ewe and he says, "Hand it over to me, and he overpowered me in speech.”  David said (immediately without listening to the opponent): "He has wronged you in demanding your ewe in addition to his ewes.  And, verily, many partners oppress one another, except those who believe and do righteous good deeds, and they are few.”  And David guessed that We have tried him and he sought Forgiveness of his Lord, and he fell down prostrate and turned (to God) in repentance.  Therefore, we forgave him that, and verily, for him is a near access to us, and a good place of (final) return (Paradise).” (Quran 38:23-25)

David learned valuable lessons from this experience.  He learned that in order to make sound judgements one needed to have all the information available.  He also learned the significance of recognising sins and mistakes and turning to God for forgiveness.  Prophet Muhammad, may the mercy and blessings of God be upon him, told his followers that knowing something was not the same as seeing it.[2]  Meaning that one may have knowledge of something, but not true understanding until he or she has experienced it.  God bestowed knowledge upon David, and gave him life experiences designed to mould and shape his character.  David learned from his mistake and became a better man.

God sent the angels to teach David about fairness and justice and He rewarded David for his repentance.  God granted David al-hikmah (prophethood) and appointed him to rule over the Children of Israel with wise judgement, and a soft heart.  David recognised his mistake and repented.  This changed him, and even today true repentance and fear of God can make us better people.

“O David!  Verily!  e have placed you as a successor on earth, so judge you between men in truth (and justice) and follow not your desire for it will mislead you from the Path of God.  Verily!  Those who wander astray from the Path of God (shall) have a severe torment, because they forget the Day of Reckoning.” (Quran 38:26)

David’s son Solomon was intelligent and wise, even as a child.  Ibn Kathir, the renowned and respected Islamic scholar and exegete of the 14th century, relates that one day David was sitting, solving the problems of his people when two men, one of whom had a field, presented themselves to him.  The owner of the field said: "O Prophet!  This man's sheep came to my field at night and ate up the grapes and I have come to ask for compensation.”  David asked the owner of the sheep, “Is this true? ” when he answered yes, David said, “I have decided that you should give him your sheep in exchange for the field. ”

Solomon offered a different opinion.  He suggested that the owner of the sheep should take the field to cultivate until the grapes grow, while the other man should take the sheep and make use of their wool and milk until his field is repaired.  If the grapes grow, and the field returns to its former state, then the field owner should take his field and give back the sheep to their owner. ”  David accepted his son’s wise counsel and thus from a young age Solomon earned the title, Solomon the Wise.  However, that was not the only title history bestowed on Prophet Solomon.  He is also known as Solomon the magnificent.  When he took over his father’s Empire, King Solomon led the Children of Israel into a Golden Age.

[1] Based on the work of Imam Ibn Kathir – the Stories of the Prophets.