The Ancient Kingdom of Israel (part 3 of 6): Prophet David 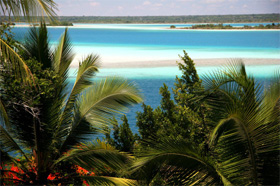 King Saul took his army through a series of tests in order to assure that his fighting force was made up only of pious yet strong willed men.  From an initial recruitment of 80,000, the army that faced Goliath and the Philistines was a mere 300.  Goliath challenged any man from King Saul’s army to single, mortal combat, but the only volunteer was a small, agile youth named David. [1]  When it became clear to King Saul that no other man was willing to volunteer, he gave the young David permission to face the giant Goliath.  Goliath roared with laughter at the sight of the small youth, and even Saul’s own army looked incredulously at the sight.

King Saul wanted to dress David in armour and supply him with weapons however, the youth refused.  He bent down, picked up a handful of pebbles, and put them in the leather pouch he wore over his shoulder.  David strode towards Goliath armed with only a sling shot.  Saul was worried, but David reassured him by saying that God protected him on previous occasions from attacks by a bear and a lion while he was guarding his father’s sheep.  David was confident that God would protect him once again, now that he was facing a brutish giant man.

When Goliath set eyes on the lean young man armed only with a small slingshot, he roared with laughter.  David calmly took a pebble from his pouch, placed it in his slingshot, and took aim.  The pebble flew across the divide between them with the speed and accuracy of a well-aimed arrow.  It hit Goliath on the head with great force.  The giant man staggered and blood poured from the wound, he did not even have time to unsheathe his sword before he fell to the ground dead.  The army behind Goliath gasped in horror mingled with disbelief and turned their backs on the battlefield.  Children of Israel surged forward to reclaim the honour lost to the army of Philistines years before.

“So they routed them by God’s Leave and David killed Goliath, and God gave him (David) the kingdom (after the death of Saul and Samuel) and Prophethood, and taught him of that which He willed.  And if God did not check one set of people by means of another, the earth would indeed be full of mischief.  But God is full of Bounty to mankind and all that exists.”  (Quran 2:251)

At the time of fighting Goliath, David was not yet a Prophet, but after the deaths of King Saul and Prophet Samuel, he was endowed with both a kingdom and prophethood.  God gave David the wisdom and the knowledge necessary to lead an empire and more importantly to lead his people, the Children of Israel, on the straight path, worshipping One God.  God empowered all of His Prophets with attributes indicating their prophethood and Prophet David was given miracles and unique qualities.  David was given a beautiful voice.  It is said that when he recited from the book of Psalms, (known in Islam as the Zaboor) the creation around David glorified God along with him.  One of the unique things about Prophet David was that he understood the language of the animals and the birds.

“Verily, We made the mountains to glorify Our Praises with him (David) in the afternoon and morning.  And (so did) the birds assembled: all with him (David) did turn to God and glorify His Praises.”  (Quran 38:18-19)

Prophet David was also given another miracle.  Iron would become soft in his hands; He could mould it to whatever shape he desired.  Humans of that time had iron but the process of using it and softening it was very difficult.  God taught David a new way of making shields and body armour.  Before David’s invention of linking iron together in the form of small rings, the soldiers had to wear heavy iron sheets that restricted their movements.

“And We taught him (David) the making of metal coats of mail (for battle), to protect you in your fighting.  Are you then grateful?”  (Quran 21:80)

David was known for his piety and devotion to worshipping One God, and he fasted every other day.  Prophet Muhammad, may the mercy and blessings of God be upon him, is said to have told his companions that, “The most beloved fasting to God was the fasting of Prophet David, he used to fast alternate days.  And the most beloved prayer to God was the prayer of David, he used to sleep the first half of the night, and pray for one third of it and again sleep for a sixth of it.”[2]

David was a just and righteous leader who brought peace and prosperity to the Children of Israel.  He is thought to have divided his working day into four parts.  One for earning a living and rest.  Prophet David did not live off the proceeds of his empire.  He was a skilled armourer and he made and sold weapons to support himself and his family. The second part of the day was to pray and spend time contemplating the greatness of God.  The third part was to deliver his sermons and the final part was devoted to listening to the problems and complaints of his subjects.  David also appointed deputies to meet with the people in all corners of his empire.

Prophet David was blessed with a son, Solomon.  “And to David We gave Solomon.  How excellent a slave!  Verily, he was ever oft returning in repentance (to Us)!” (Quran 38:30)  Both men were known to be just and wise rulers.  David carved an Empire for the Children of Israel and Prophet Solomon led them into a Golden Age.

[1] From the Stories of the Prophets by Imam Ibn Kathir