Description: Phases of questioning opened the gate of true religion for her. 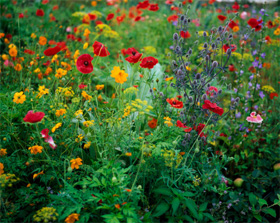 My mother became busy with holiday preparations and somehow, outwardly, the days passed peacefully.  But in my mind, I never forgot for one minute my quest to find my religion.

After Thanksgiving, the usual round of Christmas parties began, and I was invited by a girlfriend to attend a gathering of college students at a local restaurant.  We were a large group and at dinner I found myself seated next to a man from Nigeria, who was working on his doctoral degree at the University of Pittsburgh.

I was fascinated by his dress — Nigerian native garb — his head covered in what looked like a larger version of a Jewish yarmulke.  He had a kind face and bright smile, and we began to talk about school.

When it came time to order dinner, he asked if I would help him with the menu.  “I can’t eat pork or alcohol,” he explained, and I gladly consented.  After ordering our meals I asked him why he didn’t consume pork or alcohol.  “Because of my religion”, he responded, smiling.

“And what religion is that?” I wondered aloud.  “I am a Muslim,” he replied.

Lights, bells and whistles went off in my head.  That’s one I hadn’t heard of before, I realized.  I was very anxious to hear more.  Already having searched and studied every belief under the sun, I knew exactly what I wanted to ask.

“Tell me please, if you don’t mind, what is the cardinal belief of your religion? What is the one point you would say describes your religion the best?” Without hesitation, he smiled again and said “We believe there is only one God.  God is not part of a trinity, nor does He have a son.  He has no partners.  God is One.”

It sounded so simple.  I had no problem with that.  I told him that made sense to me.   Again he smiled.  I then asked him how his religion viewed women.  What was their status in his beliefs?

Having suffered as a woman in a society where my religion provided little guidance — or respect — for women, I held my breath waiting for his response.  I so wanted to hear something that satisfied me!

Again he was quick to answer.  “Women in Islam are equal to men.  They have basically the same status and obligations as men.  And they take the same rewards and punishments.  However, being equal does not mean the same.  Men and women were created differently from each other.  They are equal but different.”

I wanted to know how the differences manifested themselves.  He responded.  “In marriage for example… while a Muslim woman has many rights — perhaps more rights than a man — to be provided for completely, she is also required to obey her husband.”

“Obey her husband?  Hmmmm.  What does that mean?” He started to laugh.  It was clear he had been down this path before.  “It means”, he explained patiently, “that if a decision must be made for the good of the marriage or family, while a man must consult his wife and ask her opinion, in the end the final decision is his.

Look at it this way — as if marriage is a ship sailing in the sea.  A ship can only have one captain who is ultimately responsible for its welfare.  A ship with two captains will sink.”

He sat back and awaited my response.  I couldn’t think of any argument against what he said.  It made sense to me.  I had always felt, deep inside, that the husband must take final responsibility for the family.  I was pleased — more than pleased actually — happiness slowly turned into elation as I asked more and more excited about Islam.

Everything he told me made perfect sense.  And amidst the extreme joy and peace I felt, I also wondered how it was that I had never known of Islam before?  Subhan Allah, everything happens in Allah’s time.

I asked him how I could learn more about this religion and he kindly offered to put me in touch with Muslims at his mosque who would give me a Quran and answer any questions I had.  He took my phone number and promised to call me.  I was ecstatic.  I couldn’t wait!  That was Friday, December 3, 1982.

Next Monday morning found me on the steps of the local library, waiting for it to open.  I took out every book there on Islam, which sad to say in those days were few, and not very accurate either, but I didn’t realize that at the time.

When I opened the first book, the introduction began “Islam means submission to the will of God…” Amazing!  There’s that word “submission”!  Exactly the word I used myself before I knew anything about it.

I only knew complete and total submission to God’s way was required if I was to attain peace.  In that very instant I knew I had found the truth.  I devoured the books and waited on pins and needles for Ahmad — the Nigerian man — to contact me again.  And true to his word, he did.

I was given the number of the mosque and a contact name.  Shaking with excitement, I dialed, praying someone would answer.  And someone did.  The man who answered my call said in a very thick foreign accent the one I was asking for was not there at the time.

Undaunted, I explained that I was very interested in learning more about Islam.  Immediately, he welcomed me and gave me the address, inviting me to come right away to speak with him and receive a copy of the Quran!

I was excited beyond words.  I made an appointment for later that day, and eagerly got myself and my daughter ready for the meeting.

I laugh now to think of myself that day.  I wanted to appear my best.  So I put on a pantsuit, curled my hair, applied make-up and perfume, and dressed my 1-year-old daughter in her cutest outfit!

I knew we were embarking on a new life.  My daughter and I — together — we were a team!  When I arrived and entered the building the first person I met was a Muslim woman wearing niqab.  I found her exotically foreign looking and beautiful.  I told her I was there to meet a man named Abdul Hamid.

She graciously directed me towards a staircase.  “You’ll find him in the office at the top of the stairs,” she said in perfect English, which surprised me.  I had yet to learn Islam was not a “foreign” religion, or that it was the fastest growing religion in the world.  There was so much yet I didn’t know.  But one thing was for certain, I was sure I was on the right track.

When I entered the office all heads turned in my direction, then all eyes were lowered.  No one looked me in the eye.  But everyone did start smiling!  Warm, happy, sincere smiles.