Description: The life of Ali, the lion of God. 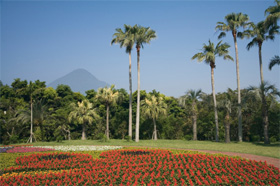 Ali was the fourth rightly guided Caliph.[1]  He followed in the footsteps of Prophet Muhammad, Abu Bakr, Omar, and Uthman, and ruled the Muslim Empire, according to the divinely revealed law of God, from approximately 656 to 661 CE.  Ali was the young cousin and son in law of Prophet Muhammad.  He spent his childhood emulating the noble character of his beloved cousin, and his youth learning the details of Islam.  Ali grew into a noble warrior; physically strong and assertive but with a humble heart, filled with love for God and His messenger Muhammad.  Muslims remember Ali for his courage, his honesty, his generous and kind behaviour towards others, and his unswerving devotion to Islam.

After the migration to Medina, Ali married his childhood companion Fatima, daughter of Prophet Muhammad.  The young couple led a simple and austere life, for Ali did not care for material wealth, rather he was focused on pleasing God and attaining everlasting life in the hereafter.  They had no servants or slaves.  Ali drew and carried water and Fatima would grind the corn until her hands were rough and sore.  Once when the young couple approached Prophet Muhammad asking for a servant he rebuked them by saying that he could not give them such luxuries when hungry poor people filled the mosque.  Ali and Fatima returned home feeling quite dejected.

That evening Prophet Muhammad visited Ali and Fatima in their home.  He sat on the edge of their bed and taught them words of remembrance with which to praise God.  He assured them that remembering God would be more beneficial for them than a servant or slave to ease their workload.  Ali never forgot the words of advice given to him that night, later in his life he said that not a night passed that he did not recite those words before sleeping.  Ali and his family went to great lengths to please God, often they would go hungry themselves giving away all their food to people poorer than themselves.  Ali’s generosity new no bounds, he treated everyone, friend or foe, with respect and kindness.

Imam (Scholar) Ahmad described Ali as one of the most virtuous of Prophet Muhammad’s companions and Ali was known to be amongst the Prophet’s most staunch supporters.  Ali deservedly became known as a strong warrior and he distinguished himself in the crucial first battle against the unbelieving men of Mecca, known as the Battle of Badr.  The young lion of God participated in all the battles fought in the early days of Islam except on one occasion.  It is reported in the authentic traditions of Prophet Muhammad that during the battle of Khaybar Prophet Muhammad bestowed a great honour on his young cousin.

Prophet Muhammad informed his companions “tomorrow I shall give the standard (flag) to a man who loves God and His Messenger and is also loved by God and His Messenger, he does not flee the battlefield, and God will bring about victory through him”.  The companions of Prophet Muhammad spent the night wondering who the flag would be handed too.  Omar Ibn Al Khattab is believed to have said that it was the only time he longed for leadership, but this particular honour belonged to Ali.

After Uthman Ibn Affan was murdered in the service of the Muslim nation, Ali was chosen as the fourth of those known as the rightly guided Caliphs.  Many Muslims were eager for Ali to take on leadership but Ali was concerned that already the seeds of rebelliousness were being sewn among the believers.  He hesitated until some of the companions who had been closest to Prophet Muhammad urged him on and gave him their support.  The events surrounding Uthman’s murder had flung the young Muslim nation into a period that became known as the “time of tribulation”.  Ali began and ended his Caliphate in times of trial and tribulation however; he remained true to his convictions and ruled in a manner that befitted the child who learned his morals and values at the feet of the Prophet Muhammad.

Ali was a profoundly religious man; he was devoted to Islam and strove in his daily life and his position as leader to uphold the Quran and the authentic traditions of Prophet Muhammad.  War broke out amongst the Muslims and Ali found himself attempting to lead a nation beset with rebellion and in fighting.  Throughout this time of civil strife and war, Ali was ever mindful of the great task that lay before him.  He was responsible for the people of the Muslim nation.

At this point is must be clearly noted that Ali and Uthman were brothers in Islam, both devoted too God, His messenger Muhammad and the religion of Islam.  Both ruled the Muslim nation with humble hearts, austerity, and piety.  However, their world was changing in dramatic ways and some of their actions were difficult to understand then and now.  However, in retrospect it is clear that their love for Islam and desire for the hereafter for all the believers was never in question Ali remained noble, courageous, and generous.  Even in perilous times, he forgave his enemies and wanted only unity for the Muslim nation.

Ali was murdered with a poisoned arrow.  The assassin, who struck while Ali was praying in the mosque, brought to an end the life of the lion of God and the era of the four rightly Guided Caliphs.  Abu Bakr, Omar Ibn al Khattab, Uthman Ibn Affan, and Ali Ibn Abu Talib were men of noble statue and high moral fibre, they ruled with the Quran and the lessons taught to them by Prophet Muhammad.  Sadly, the world is unlikely to see men such as these again before the end of days.

[1] Caliph –leader of the Muslim nation.