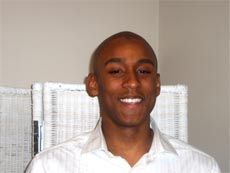 Abdul Hakeem Heinz was brought up in the south of London.  He was first introduced to Islam at the tender age of seven when his mother embraced Islam.

Years later he traveled and lived in Egypt for a few years and further developed his knowledge and understanding of Islam as well as his skills in Arabic language.

He was just a young boy when his mother converted, and it was then that he and his brother and sister changed from going to church to practicing Islam.  This was quite a shock for him at first because his comfort zone had been in the Christian concepts that he had previously been taught.

Initially, Islam was presented to him as a set of strict rules that had to be followed.  He admits that at first he found it all a bit tough to deal with.  At seven he was expected to pray and fast.

He also had to learn how to read in Arabic and he found himself praying and reading Quran but without understanding what he was saying and why he had to do all this.

However, the years passed and after some time, it all started to settle in and Islam became his way of life.   As he looks back, he notes that as a teenager, it was natural that he would start to question what life is about.

As he passed through the turbulence of his teenage years, the meaning of the message of Islam started to touch his heart and became more and more acceptable to him.  He also began to understand what Islam meant in his life and as he learned more, he perceived Islam as the correct way.

Heinz admits, “In my early teens, it was something to be ashamed of to be a Muslim.  At school I was taught Islamic studies but I was also taught that it was just like Hinduism and Sikhism.”

It affected him that Islam and those who followed it were considered “different” from others.  When he started secondary school, he did not want to be associated with Islam, but he kept it in his heart.

He explains his reaction, “It was because of the pressure from outside, but at the same time, I hadn't gone into Islam enough to justify my faith as I could have.” The public perception of Islam at that time affected how he presented himself as a Muslim.  He wanted to be among the common crowd, which is a natural part of human nature.  This perception did not change until he was about fourteen years old.

At this age, he changed in the way he practiced Islam and how he presented his religion to others.  This happened after he traveled to Holland and Spain.  His journey to Spain was especially significant as there he had the chance to interact more with practicing Muslims.

He comments, “There was a minority Muslim community where I was in Spain but they were respected and some of the youth of my age group were very interested in religion.  This made me no longer feel ashamed.  Young people were embracing Islam and this made me feel proud.”

When he returned to the UK from Spain, he was about fifteen.  He went back to school, but the difference this time was that he was a Muslim from the inside! He was much more confident and so he started to talk about Islam more.  Heinz says happily, “I could actually say 'I am Muslim'.”

Then attitudes towards Islam started to change among his peers at school.  He relates, “At that time, being a Muslim was considered jazzy, snappy, and cool! This helped me become even more confident.  One of the things that helped me through all these changes was my independence to know Almighty Allah.”

He admits reading when he was by himself and memorizing Quran.  He also says that when he was a teenager, as a household his family members were Muslims, but Islam was not always being practiced properly.

Despite all this, there was something in his heart that was always drawn toward Almighty Allah and Islam.  If he found life difficult or had problems, he would pray two units of Prayer and pour his heart out to Almighty Allah.  He states, “I learned to submit myself to Allah.”

Heinz believes that Muslims have to be sincere to Almighty Allah and recite Quran everyday.  This is what helped him to pass through the difficult teenage years.

He noticed that as he became stronger, people changed their perceptions about him and started to respect him.

He says that if a person acts shyly, feels embarrassed and behaves apologetically, people will put him to one side.  But if he does not really care about what people think, because he knows that he is on the truth, people will respect him because of the confidence he has.

He believes that we do not owe anything to our friends or the group we are with, and that we should just be ourselves.  He advises new Muslims not to try to be like anyone else.

He is now twenty-three years old and believes that generally, in the West, people his age are struggling in terms of responsibility and knowing what is expected of them as adults.  He finds that they are not sure because they do not belong to a certain culture, or their culture drives them to succumb to this world that is filled with commotion and strife.

He says that when he was seventeen years old and decided to practice Islam properly, that helped him to grow because Islam gave him a strict code of conduct.  He followed what it says and tried to understand his role as a human being.

Slowly he came to know that he has responsibilities and will ultimately become a proper adult and a better person, more considerate and mindful of others.  He says that without Islam he would have been lost.

He is grateful to Almighty Allah that He has brought him so far.  With Islam, a person can stand out among their peers because Islam makes a person mature.

He says, “Gaining Islamic knowledge in today’s world is important and we cannot escape Satan as he wants to keep us away from where we should be.

“New Muslims want to get on the right path and it is important to keep good company because a person becomes what his group is.  If the person around you will bring you down, you might have to cut relations with him.”

Heinz sees that his time in Egypt helped him to see how Muslims live and that it is great to feel that you belong to such a universal community.  Apart from the knowledge of Arabic and Islam he obtained, Egypt also helped him to learn more about how to be a Muslim in everyday life.

He says that we learn from the people we mix with and that we should read Quran regularly and ask Almighty Allah to help us understand it properly.  Everyone should find out what classes are happening in their area and attend them and spend time in the mosque.  People can also go onto Islamic websites and be involved in the community around them.

He observes that in London there are a lot of places where a person can obtain knowledge and there are prominent speakers.  He advises new Muslims to seek out such classes and lectures because not only will you gain knowledge, but you will also meet good people.

Looking to the future, Heinz says that he just asks Allah for the best and hopes.  He says, “I am more patient now because of the experiences I've had.  I gained a lot of stability by having learned about the Companions and the Prophet, may the mercy and blessings of God be upon him.”

This article is based on an interview with Abdul Hakeem Heinz, from London.