An Enemy becomes a Friend

Description: A staunch enemy of the Prophet becomes one who loves him dearly, due to the compassion shown to him as a prisoner. 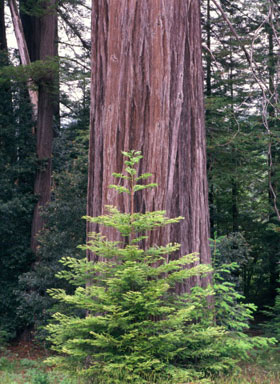 In the sixth year after the hijrah (the migration to Medina), the Prophet, may the mercy and blessings of God be upon him, decided to expand the scope of his mission.  He sent eight letters to rulers in the Arabian Peninsula and surrounding areas inviting them to Islam.  One of these rulers was Thumamah ibn Uthal.

Thumamah ibn Uthal al-Haneefi was one of the most powerful Arab rulers in the pre-Islamic era.  This is not surprising since he was a chieftain of the Banu Hanifah and one of the rulers of al-Yamamah whose word no one dared to challenge or disobey.

When Thumamah received the Prophet’s letter, he was consumed by anger and rejected it.  He refused to listen to the invitation of Truth and goodness.  More than that, he felt a strong desire to go and kill the Prophet and bury his mission with him.

Thumamah waited and waited for a convenient time to carry out his design against the Prophet until eventually forgetfulness caused him to lose interest.  One of his uncles, however, reminded him of his plan, praising what he intended to do.

In the pursuit of his evil design against the Prophet, Thumamah met and killed a group of the Prophet’s companions.  The Prophet thereupon declared him a wanted man who could lawfully be killed on sight.

Not long afterwards, Thumamah decided to perform umrah (the lesser pilgrimage).  He wanted to perform Tawaf (circumambulation) around the Kaabah and sacrifice to the idols there (The people of Mecca, before becoming Muslims, placed hundreds of idols in the Kaaba).  So he left al-Yamamah for Mecca.  As he was passing near Medina, an incident took place which he had not anticipated.

Groups of Muslims were patrolling the districts of Medina and outlying areas on the lookout for any strangers or anyone intent on causing trouble.  One of these groups came upon Thumamah and apprehended him, but they did not know who he was.  They took him to Medina and tied him to one of the columns in the mosque.  They waited for the Prophet himself to question the man and decide what should be done with him.

Just as he was about to enter the mosque, the Prophet saw Thumamah, so he asked his companions,

“Do you know whom you have taken?”

“No, messenger of God,” they replied.

“This is Thumamah ibn Uthal al-Haneefi,” he said.  “You have done well in capturing him.”

The Prophet then returned home to his family and said,

“Get what food you can and send it to Thumamah ibn Uthal.”

He then ordered his camel to be milked in order to provide him with milk.  All this was done before he met Thumamah or had spoken to him.”

The Prophet then approached Thumamah hoping to encourage him to become a Muslim.

“What do you have to say for yourself?”  he asked.

“If you want to kill in reprisal,” Thumamah replied, “you can have someone of noble blood to kill.  If, out of your bounty, you want to forgive, I shall be grateful.  If you want money as ransom, I shall give you whatever amount you ask.”

“What do you have to say for yourself?”

Thumamah repeated what he had said a couple of days beforehand.  The Prophet then left and came back to him the following day.

“What do you have to say for yourself?”

He asked again, and Thumamah repeated what he had said the previous day once more.  Then the Prophet turned to his companions and said,

Thumamah left the mosque of the Prophet and rode out on the trail to Mecca until he came to a palm grove on the outskirts of Medina near al-Baqee (a place of luxuriant vegetation which later became a cemetery for many of the Prophet’s companions).  He watered his camel and took a complete bath there.  Then he made his way back to the Prophet’s mosque.  There, he stood before a congregation of Muslims and said:

He then went to the Prophet and said:

“O Muhammad, by God, there was never on this earth a face more detestable than yours.  Now, yours is the dearest face of all to me.  I have killed some of your men,” he continued, “I am at your mercy.  What will you have done to me?”

“There is now no blame on you, Thumamah,” replied the Prophet.  “Becoming a Muslim obliterates past actions and marks a new beginning.”

A perfect example for us , as Muslims, to follow. Many times I believe the Muslims of our times do Islam a disservice with our anger and bad behavior. We even kill our brothers and sisters in Islam.