Description: The meaning and significance of modesty in Islamic ethics, and how it differs from the Western concept. 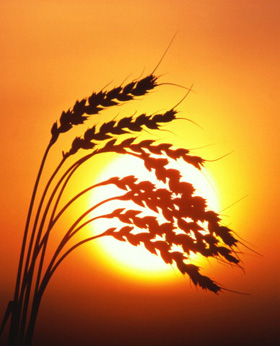 Modesty and shyness play a special part between the affairs of the Creator and the created.  All prophets and Messengers encouraged modesty, as the Prophet, may the mercy and blessings of God be upon him, said:

"Indeed from the teachings of the first prophets which has reached you is, ‘If you do not have shyness, then do as you please." (Al-Bukhari)

Modesty as a sense of shame or shyness in human beings is a shrinking of the soul from foul conduct, a quality that prevents one from behaving badly towards others or encouraging others to behave badly towards you.  Islamic ethics considers modesty as more than just a question of how a person dresses, and more than just modesty in front of people; rather it is reflected in a Muslim’s speech, dress, and conduct: in public in regards to people, and in private in regards to God.  Any talk of modesty, therefore, must begin with the heart, not the hemline, as the Prophet of Mercy said, ‘Modesty is part of faith,’[1]  and that part of faith must lie in the heart.

Take reservation in speech.  As with everything in Islam, speech should be moderate.  Raising one’s voice in venting anger simply shows one lacks the ability to contain it, and only damage will ensue from it.  Uncontrolled anger, for example, can lead one to verbally abuse and physically assault another, both of which take off the veil of bashfulness one is endowed with, exposing the shameful ego within.  The Prophet said:

A strong person who believes feels shy in front of God and His creation, since God knows and sees everything.  He feels shy to disobey his Lord and feels shame if he sins or acts inappropriately, whether in private or public.  This type of modesty is acquired and is directly related to one’s faith, where one’s awareness of God increases one’s "shyness" in front of Him.

Islamic morality divides modesty into natural and acquired.  Modesty is a quality inherent in girls and boys, a certain type of modesty that is natural in human beings.  If manifests itself, for instance, in a natural human urge to cover one’s private parts.  According to the Quran, when Adam and Eve ate from the fruit of the forbidden tree, they became aware that their private parts were exposed, and they began to cover themselves with the leaves of Paradise, a natural result of their modesty.

Islamic scholars consider modesty to be a quality that distinguishes human beings from animals.  Animals follow their instincts without feeling any shame or a sense of right or wrong.  Hence, the less modesty a person has, the more he resembles animals.  The more modesty a person has, the closer he is to being human.  Islam has mandated certain legislations which induce this sense of modesty within humans. These legislation range from seeking permission before entering any room and distancing one from others while relieving oneself, to mandating certain manners of dress for men and women alike. Another way that modesty may be attained is by associating with modest people - people in whose presence a person feels embarrassed to do anything shameful - as the Prophet said:

"I advise you to be shy toward God, the Exalted, in the same way that you are shy toward a pious man from your people."[2]

Being shy of a stranger’s gaze is one of the driving forces behind modesty in dress.  This can be seen in children, who naturally shy away from strangers, sometimes hiding from them in their mother’s skirts or behind their father’s legs.  In Islam, screening most of your body off from the gaze of a stranger, especially of the opposite sex, is actually mandated as a means to avoid falling into conduct that may lead to extra-marital or pre-marital sex.  God says,

The verse then mentions the people before whom one is exempted from veiling; the ones who cannot be called ‘strangers’.  Also, the command is relaxed as one matures: an aged woman who has no hope of marriage can discard the overcoats that screen what they are wearing underneath.[3]

As seen from this verse, Islamic ethics view modesty not as a virtue for women only, but for men as well.  Thus, men must also dress modestly, being careful to wear loose flowing and opaque clothes through which the area between their waist and knees be totally covered. Tight pants or translucent clothing is prohibited. This modesty is reflected upon Muslim male clothing throughout the world, long shirts reaching below the thighs, and loose flowing trousers.

It may still seem, however, that women bear the main brunt of ‘dressing modestly’. When one reflects, however,  about the predator and the prey in illegal relations between the sexes; the prey which is hidden escapes being a victim.  Besides, another verse says modesty in dress actually identifies one as being a believing woman,[4]  a ‘target’ which the devout Muslim, or any decent man, would be motivated to protect rather than abuse.

The way to develop modesty is to think about whether he or she would do the sin they are contemplating in front of their parents.  A person with a shred of shame in their heart will not commit any lewd act in front of their parents.  So what about doing so in front of God?  Is not God much worthier that such acts not be done in His sight?  Thus, Islam considers that the modesty of a believer in front of God must be greater than in front of people. This is manifest in the saying of the Prophet when a man asked him about remaining naked in the house while alone. The Prophet responded:

"God is more deserving than other people of shyness." (Abu Dawood)

Early Muslims used to say, "Be shy toward God when you are in private in the same way you are shy in front of people when you are in public."  Another one of their sayings is, "Do not be a devoted slave of God in your public behavior while you are an enemy to Him in your private affairs."

Modesty can therefore be seen as the means by which morals and ethics in society are maintained and pursued.  Shyness from people and society may be a reason to be modest, but this modesty will not remain due to the fact that what is immodest one day in a secular society may be totally acceptable in another. Thus, the key to modesty is knowing that God is aware of what you do and shying away from that which He forbids.  God only desires what is best for us.  So to seek what is best for us is to submit to what He has in mind for us.  The only way to properly know what that is, is to believe in what he sent down to us through His Prophet, Muhammad, and to embrace the religion (Islam) that His Messenger brought us.

Salaam may Allah Bless you all I alwasy degarded shyness, as i live in the western continents and they see shyness as a weakness. After reading this article it has made me feel a lot more comfortabel and well as It taught me that being shy is actually apart of faith mashallah. W/s ALLAH HAFIZ

Thank you so much! this information is so helpful I had to write a halaqa on modesty last moment it had a lot of ayat and hadith on Modesty thank you

Islam is a religion of peace. Most Muslims think that they may rule on anyone by the name of Islam then that is a sin. God has created everyone equally and everyone has right in the world.