Belief in God in Islam consists of four matters:

(IV)        God is known by His Most Beautiful Names and Attributes.

In Islam, a human being is not seen as a sinful creature to whom the message of Heaven is sent to heal the wound of original sin, but as a being who still carries his primordial nature (al-fitrah), an imprint on his soul that lies deeply buried under layers of negligence.  Humans are not born sinful, but forgetful as God has said:

In this verse, the "they" refers to all human beings, male and female.  The ‘yes’ confirms the affirmation of God’s oneness by us in our precosmic state.  Islamic doctrine holds that men and women still carry the echo of this ‘yes’ deep down within their souls.  The call of Islam is directed to this primordial nature, which uttered ‘yes’ even before they inhabited the earth.  Knowledge that this universe has a Creator is something instinctive in Islam and therefore it requires no proof.  Scientists, such as Andrew Newberg and Eugene D’Aquili, both affiliated with the University of Pennsylvania and pioneers in the neurological research of religion, say "We are wired for God."[1]

One might ask, ‘if belief in God is natural, then why do some people lack this belief?’  The answer is simple.  Every human being has an innate belief in a Creator, but this belief is not a result of learning or personal deductive thinking.  With the passage of time, outside influences effect this innate belief and confuse the person.  So, one’s environment and upbringing veil the primordial nature from the truth.  The Prophet of Islam, may the mercy and blessings of God be upon him, said:

"Every child is born in a state of fitrah (a natural belief in God), then his parents make him a Jew, a Christian, or a Magian." (Saheeh Muslim)

Often these veils are lifted when a human being is faced with a spiritual crisis and left helpless and vulnerable.

(II)   God Is the Supreme Lord

God is the only Lord of heaven and earth.  He is the Lord of the physical universe and the Lawgiver for human life.  He is the Master of the physical world and Ruler of the affairs of men.  God is the Lord of every man, woman, and child.  Historically, only a few have denied the existence of the Lord, which means that throughout the ages people have, for most part, believed in One God, a Supreme Being, a supernatural Creator.  That God is the Lord specifically contains the following meanings:

First, God is the sole Lord and Ruler of the physical world.  Lord means He is the Creator, Controller, and Owner of the Kingdom of the heaven and the earth; they belong exclusively to Him.  He alone brought existence out of non-existence, and all existence depends on Him for its conservation and continuance.  He did not create the universe and leave it to pursue its own course according to fixed laws, thereafter ceasing to take any further interest in it.  The power of the Living God is required at every moment to sustain all creatures.  Creation has no Lord besides Him.

"Say (O Muhammad): ‘Who provides for you from the sky and the earth?  Or who owns hearing and sight?  And who brings out the living from the dead and brings out the dead from the living?  And who disposes the affairs?’  They will say: ‘God.’ Say: ‘Will you not then be afraid of God’s punishment (for setting up rivals with Him)?’" (Quran 10:31)

He is the ever-ruling King and the Savior, the Loving God, full of wisdom.  No one can change His decisions.  Angels, prophets, human beings, and the animal and plant kingdoms are under His control. 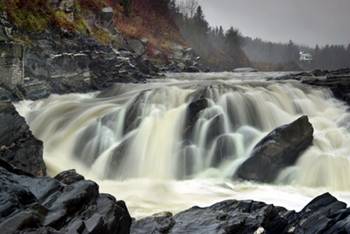 Second, God is the only Ruler of the affairs of men.  God is the supreme Lawgiver,[2]  the Absolute Judge, the Legislator, and He distinguishes right from wrong.  Just like the physical world submits to its Lord, human beings must submit to the moral and religious teaching of their Lord, the Lord who sets right apart from wrong for them.  In other words, God alone has the authority to make laws, determine acts of worship, decide morals, and set standards of human interaction and behavior.  His is the command:

"…Surely, His is the creation and the command; blessed be God, the Lord of the worlds." (Quran 7:54)

[2] God’s existence proven by the existence of a supreme Lawgiver is called the ‘ethical’ argument by Western theologians.