What Drives People to Convert to Islam? (part 2 of 2)

Description: The Quran’s challenge to the intellect. 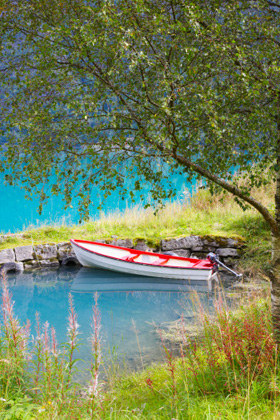 The Quran challenges humanity at large to think, reflect and ponder over their affairs on numerous occasions.  This is some of what the Quran states:

·        Do they not think deeply about their own selves (being)?  Allah has created not the heavens and the Earth and all that is between them except with truth and for an appointed term.  And indeed many of mankind deny the Meeting with their Lord. (The-Romans, Quran 30:8)

·        He it is Who has appointed for you the night that you may rest therein, and the day to make things visible.  Verily, in this are signs for a people who listen. (Jonah, Quran 10:67)

·        Or do you think that most of them hear or understand? They are only like cattle; nay, they are even farther astray from the Path. (The Criterion, Quran 25:44)

·        Had We sent down this Quran on a mountain, you would surely have seen it humbling itself and rending asunder for the fear of God.  Such are the parables which We put forward to mankind that they may reflect. (The Overcrowding, Quran 59:21)

When studying the many cases of new Muslim converts, we see that engaging in critical thinking and intellectual reasoning have led people to change their non-Islamic faiths – the same faiths that would earlier supposedly have moved mountains, but were diluted by the voice of reason easily heard in the roots of Islam.  A mere process of thinking and reflection brings so much into light that otherwise would remain veiled by the distractions and forces of anti-Islam pundits.  Those who are bent on seeing only the negative fail to see the light of truth. Rather, they engage in a never ending superficial analysis to unsuccessfully prove their misguided philosophies.

There are many statistics in the media that highlight the phenomenal rate at which people are converting to Islam.  Although, the authenticity of all these sources has not been validated for the purpose of this article, some of them include the following:

·        According to “The Almanac Book of Facts”, the population increased 137% within the past decade, Christianity increased 46%, while Islam increased 235%.

If voices of reason embedded in the teachings of Islam are causing non-Muslims to revert to Islam in droves, why is it that so many Muslims born into the religion usually fail to fully follow, and thus enjoy, the teachings of the religion?  The fact is that it may just be the lack of critical thinking and reflection on the part of some Muslims that is forcing the Muslim world to have a substandard way of life as a whole.  Islam and its teachings hold the promise of a fulfilling and peaceful life for all.  Yet Muslims continue to ignore the basics and get mired in social and moral issues causing unnecessary pain and suffering on themselves and their families.  The fact is that only if they would think and reflect on the teachings of their own religion, they could escape the many problems and challenges that face them.

To non-Muslims who have only scratched the surface of Islam and may be getting distracted by those who are the wrong torch bearers of this religion and by the biased voices in the media, the message is simple – try to view the teachings of Islam with a critical lens.  It may be that you will be able to see more reason than you may initially have thought was not present.  To Muslims, the message is that sometimes we do not appreciate the teachings of our own religion simply because we never think and grow beyond the few religious practices in our operating lives.  A focused effort to learn, think and reflect more will help us get closer to the religious teachings in ways that can drastically improve our lives.

Previous: What Drives People to Convert to Islam? (part 1 of 2)

Alhamamdulillahi. Have a great time to have chosen the right religion of the creator. Many are blinded and they click for to the false hope.

After finishing this section I truly know with all my heart and soul I have made the right choice in converting. I currently feel such joy and comfort the I have never had before. I just want to study and learn more and more.