Description: Statements of various non-Muslim scholars and intellectuals about the profoundness of the religion of Islam as a civilization.  Part 1: Introduction. 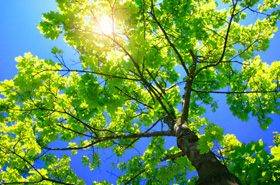 The Islam that was revealed to Muhammad, may the mercy and blessings of God be upon him, is the continuation and culmination of all the preceding revealed religions, and hence it is for all times and all peoples.  This status of Islam is sustained by glaring facts.  Firstly, there is no other revealed book extant in the same form and content as it was revealed.  Secondly, no other revealed religion has any convincing claim to provide guidance in all walks of human life for all times.  But Islam addresses humanity at large and offers basic guidance regarding all human problems.  Moreover, it has withstood the test of fourteen hundred years and has all the potentialities of establishing an ideal society as it did under the leadership of the last Prophet Muhammad.

It was a miracle that Prophet Muhammad could bring even his toughest enemies to the fold of Islam without adequate material resources.  Worshippers of idols, blind followers of the ways of forefathers, promoters of tribal feuds, and abusers of human dignity and blood became the most disciplined nation under the guidance of Islam and its Prophet.  Islam opened before them vistas of spiritual heights and human dignity by declaring righteousness as the sole criterion of merit and honor.  Islam shaped their social, cultural, moral and commercial life with basic laws and principles which are in conformity with human nature and hence applicable in all times as human nature does not change.

It is so unfortunate that the Christian West instead of sincerely trying to understand the phenomenal success of Islam during its earlier time, considered it as a rival religion.  During the centuries of the Crusades, this trend gained much force and impetus and huge amount of literature was produced to tarnish the image of Islam.  But Islam has begun to unfold its genuineness to the modern scholars whose bold and objective observations on Islam belie all the charges leveled against it by the so-called unbiased orientalists.

Here we furnish some observations on Islam by acknowledged non-Muslim scholars of modern time.  Truth needs no advocates to plead on its behalf, but the prolonged malicious propaganda against Islam has created great confusion even in the minds of free and objective thinkers.

We hope that the following observations would contribute to initiating an objective evaluation of Islam.

Canon Taylor, Paper read before the Church Congress at Walverhamton, Oct. 7, 1887, Quoted by Arnond in The Preaching of Islam, pp. 71-72:

“It (Islam) replaced monkishness by manliness.  It gives hope to the slave, brotherhood to mankind, and recognition of the fundamental facts of human nature.”

“Sense of justice is one of the most wonderful ideals of Islam, because as I read in the Qur’an I find those dynamic principles of life, not mystic but practical ethics for the daily conduct of life suited to the whole world.”

“History makes it clear however, that the legend of fanatical Muslims sweeping through the world and forcing Islam at the point of the sword upon conquered races is one of the most fantastically absurd myths that historians have ever repeated.”

“But Islam has a still further service to render to the cause of humanity.  It stands after all nearer to the real East than Europe does, and it possesses a magnificent tradition of inter-racial understanding and cooperation.  No other society has such a record of success in uniting in an equality of status, of opportunity, and of endeavors so many and so various races of mankind...  Islam has still the power to reconcile apparently irreconcilable elements of race and tradition.  If ever the opposition of the great societies of East and West is to be replaced by cooperation, the mediation of Islam is an indispensable condition.  In its hands lies very largely the solution of the problem with which Europe is faced in its relation with East.  If they unite, the hope of a peaceful issue is immeasurably enhanced.  But if Europe, by rejecting the cooperation of Islam, throws it into the arms of its rivals, the issue can only be disastrous for both.”

“I have always held the religion of Muhammad in high estimation because of its wonderful vitality.  It is the only religion which appears to me to possess that assimilating capacity to the changing phase of existence which can make itself appeal to every age.  I have studied him – the wonderful man and in my opinion far from being an anti-Christ, he must be called the Savior of Humanity.  I believe that if a man like him were to assume the dictatorship of the modern world, he would succeed in solving its problems in a way that would bring it the much needed peace and happiness: I have prophesied about the faith of Muhammad that it would be acceptable to the Europe of tomorrow as it is beginning to be acceptable to the Europe of today.”

Description: Statements of various non-Muslim scholars and intellectuals about the profoundness of the religion of Islam as a civilization.  Part 2: More statements.

“The extinction of race consciousness as between Muslims is one of the outstanding achievements of Islam and in the contemporary world.  There is, as it happens, a crying need for the propagation of this Islamic virtue.”

“The rise of Islam is perhaps the most amazing event in human history.  Springing from a land and a people alike previously negligible, Islam spread within a century over half the earth, shattering great empires, overthrowing long established religions, remolding the souls of races, and building up a whole new world – world of Islam.

“The closer we examine this development the more extraordinary does it appear.  The other great religions won their way slowly, by painful struggle and finally triumphed with the aid of powerful monarchs converted to the new faith.  Christianity had its Constantine, Buddhism its Asoka, and Zoroastrianism its Cyrus, each lending to his chosen cult the mighty force of secular authority.  Not so Islam.  Arising in a desert land sparsely inhabited by a nomad race previously undistinguished in human annals, Islam sallied forth on its great adventure with the slenderest human backing and against the heaviest material odds.  Yet Islam triumphed with seemingly miraculous ease, and a couple of generations saw the Fiery Crescent borne victorious from the Pyrenees to the Himalayas and from the desert of Central Asia to the deserts of Central Africa.”

“Islam is a religion that is essentially rationalistic in the widest sense of this term considered etymologically and historically.  The definition of rationalism as a system that bases religious belief on principles furnished by the reason applies to it exactly... It cannot be denied that many doctrines and systems of theology and also many superstitions, from the worship of saints to the use of rosaries and amulets, have become grafted on the main trunk of Muslim creed.  But in spite of the rich development, in every sense of the term, of the teachings of the prophet, the Quran has invariably kept its place as the fundamental starting point, and the dogma of unity of God has always been proclaimed therein with a grandeur, a majesty, an invariable purity and with a note of sure conviction, which it is hard to find surpassed outside the pale of Islam.  This fidelity to the fundamental dogma of the religion, the elemental simplicity of the formula in which it is enunciated, the proof that it gains from the fervid conviction of the missionaries who propagate it, are so many causes to explain the success of Mohammedan missionary efforts.  A creed so precise, so stripped of all theological complexities and consequently so accessible to the ordinary understanding might be expected to possess and does indeed possess a marvelous power of winning its way into the consciences of men.”

“I am not a Muslim in the usual sense, though I hope I am a “Muslim” as “one surrendered to God”, but I believe that embedded in the Quran and other expressions of the Islamic vision are vast stores of divine truth from which I and other occidentals have still much to learn, and ‘Islam is certainly a strong contender for the supplying of the basic framework of the one religion of the future.’”

“Islam is an authentic faith that shapes our Muslim neighbors’ innermost being and determines their attitude in life.  And the Islamic faith is generally more tradition oriented than the recent Western shape of Christian faith, which has experienced considerable secularization.  Yet we are only fair to the Islamic population when we understand them from their religious core and respect them as a faith community.  Muslims have become important partners in faith conversation.”

“Islam is much more than a formal religion: it is an integral way of life.  In many ways it is a more determining factor in the experience of its followers than any other world religion.  The Muslim (“One who submits”) lives face to face with God at all times and will introduce no separation between his life and his religion, his politics and his faith.  With its strong emphasis on the brotherhood of men cooperating to fulfill the will of God, Islam has become one of the most influential religions in the world today.”

“Islam stands in a long line of Semitic, prophetic religious traditions that share an uncompromising monotheism, and belief in God’s revelation, His prophets, ethical responsibility and accountability, and the Day of Judgement.  Indeed, Muslims, like Christians and Jews, are the Children of Abraham, since all trace their communities back to him.  Islam’s historic religious and political relationship to Christendom and Judaism has remained strong throughout history.  This interaction has been the source of mutual benefit and borrowing as well as misunderstanding and conflict.”