The Story of Joseph (part 5 of 7): From Prison to Palace

Description: Joseph is sentenced to prison, interprets dreams, and is summoned to the palace. 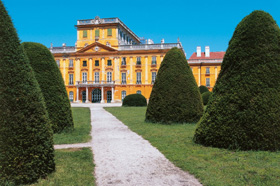 The story of Joseph is an example of patience in the face of adversity.  Throughout his life so far, Joseph faced trials and tribulations with complete trust in God.  Yet once again, he was in an extremely difficult situation.  Once more, he was forced to fend off the advances of the wife of Al Aziz, this time in front of her associates.  Joseph called out to God for help.  He said,

“O my Lord!  Prison is more to my liking than that to which they invite me.  Unless You turn away their plot from me, I will feel inclined towards them and be one of those who commit sin and deserve blame or those who do the deeds of the ignorant.” (Quran 12:33)

Joseph believed living in prison was preferable to living in the house of Al Aziz.  The environment was filled with lust and greed, and with unlawful beauty and seduction, perhaps similar to many societies today.  He believed prison would be preferable to succumbing to the fitnah[1]  around him.  God answered Joseph’s supplication and rescued him.

“So his Lord answered his invocation and turned away from him their plot.  Verily, He is the All-Hearer, the All-Knower.  Then it appeared to them, after they had seen the proofs (of his innocence) to imprison him for a time.” (Quran 12:34-35)

Although convinced of Joseph’s innocence, Al Aziz, chief Minister of Egypt put Joseph in prison.  He could see no other way of safeguarding the reputation of his name and position.

Imprisoned with Joseph, were two men who recognised his piety and righteousness.  Both had been plagued by vivid dreams and now hoped Joseph would be able to interpret the dreams for them.  One man saw a dream in which he was pressing wine, the other; saw a dream in which birds were eating bread from his head.  Joseph said, “I will inform you of the meaning of these dreams before your next meal is served”.

“He said, ‘No food will come to you (in wakefulness or in dream) as your provision but I will inform (in wakefulness) its interpretation before it (the food) comes.  This is of that which my Lord has taught me.  Verily, I have abandoned the religion of a people that believe not in God and are disbelievers in the Hereafter.  And I have followed the religion of my fathers, - Abraham, Isaac, and Jacob and never could we attribute any partners whatsoever to God.  This is from the Grace of Allah to us and to mankind, but most men think not (i.e. they neither believe in Allah nor worship Him).’” (Quran 12:37-38)

Notice the demeanor of Joseph.  When they ask him a question about dreams he immediately reminds them that it is God who provides their sustenance, as well as his own  knowledge of dream interpretation. Joseph is very careful to make a distinction between what is from God and what is from himself.  He makes his religion clear.  He does not believe the religion being practiced around him but believes in the true religion that includes belief in the Hereafter.  Joseph asserts that his family, the family of Abraham, hold the knowledge of the Oneness of God, and that his religion and family do not attribute partners to God.  Although the people of Egypt knew about God they choose to worship other deities as partners or intercessors.

After informing his companions that false gods have no substance and explaining the Omnipotence of God, Joseph interprets the dreams.  He says, one of you will become a close associate of the King, the other will be crucified and birds will eat from his head.

“As for one of you, he (as a servant) will pour out wine for his lord to drink; and as for the other, he will be crucified and birds will eat from his head.  Thus is the case judged concerning which you both did inquire.” (Quran 12:41)

Joseph approached the companion who destined to be close to the King and said “please remember me to your King”.  He hoped that the King would look into his case, see his oppression and free him.  However, the whisperings and subterfuge of Satan, caused the companion to forget to mention Joseph and consequently he remained in prison for a few more years.  The scholars of Islam hold two different opinions about the nature of the forgetfulness.  Ibn Katheer mentions that the companion forgot to mention Joseph, whereas other scholars focus on the possibility that Joseph forgot to seek the help of God, and thus the companion forgot to mention him. Whatever the case, Joseph remained in prison and continued to trust in God with patience and fortitude.

The King dreamed he was standing on the banks of the Nile watching  seven fat cows emerge from the river, followed by seven lean ones. The seven lean cows devoured the fat ones. Next, the dream changed and he watched seven green ears of grain growing on the banks of the Nile.  They disappeared into the mud and on the same spot grew seven dry ears of grain. The King awoke shocked and frightened, and sent for his sorcerers, priests and ministers.  They failed to interpret the dream and reached the unanimous conclusion that it was just a nightmare. Joseph’s companion from the prison came to hear of the dream and remembered Joseph.  With the King’s permission, he rushed to the prison and asked Joseph to interpret the dream.

“Joseph said, ‘For seven consecutive years, you shall sow as usual and that the harvest which you reap you shall leave in ears, all --except a little of it which you may eat.  Then will come after that seven hard years, which will devour what you have laid by in advance for them, all except a little of that which you have guarded (stored).  Then thereafter will come a year in which people will have abundant rain and in which they will press wine and oil.’” (Quran 12:47-49)

The King was astonished at this interpretation, not only did Joseph give the meaning but also recommended a course of action. The King demanded Joseph be bought before him. However, Joseph refused to leave prison and insisted the messenger return to the King and ask him, “What happened to the women who cut their hands?” (Quran 12:50)  Joseph did not want to leave the prison until his innocence was established.

[1] Fitnah is an Arabic word that does not translate easily into English.  It means a time of trial or tribulation.  Most particularly a situation that prevents one from worshipping God correctly, or causes acts of disobedience or disbelief..

Adam, Nuh, Musa, Mohammad, Yusaf, Yaqqoub, Isa, Lut, Sulaiman, etc. I know SOME of the prophets(peace may be upon them all)(alaysalam, salalahooalayhiwaliwasalam)