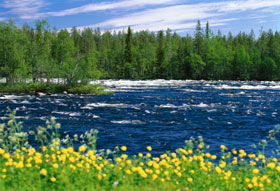 In the previous articles about respect, we discussed how respect for each other, our environment and ourselves was inherent in the religion of Islam.  The concept of treating ourselves and everything around us with respect is not possible without complete submission to God, and without understanding how and why we surrender to His will.  God reminds us in Quran that our sole purpose in life is to worship Him.

“And I (God) created not the jinn and mankind except that they should worship Me (Alone).” (Quran 51:56)

Worshipping God does not spending  the entire day in one place praying, it does not mean that we neglect the life of this world in favour of a life of seclusion; what it means is that we fulfill our obligations towards God and attempt to have Him constantly on our minds and tongues.  The mundane tasks of life become worship when they are done to please our Creator.  When we fulfil our obligations such as to pray, fast, and give charity, it becomes worship when done with a sense of gratitude and humbleness.  God does not need us, for He is Self-sufficient and Omnipotent. We are the ones in need of Him.  He is the reason for our existence and He is the foundation on which we should build our lives.

Lives lived with out purpose lead to nothing but loss.

However, filling our lives with purpose enables contentment and this allows us to show respect for each other and ourselves.  Respect for God means obeying Him.  Obeying God means we are in the enviable position of being worthy of others respect.  Failure to surrender to God leads to lives devoid of respect.  Treating each other with contempt, gossiping and backbiting shows a lack of respect in our lives.  Engaging in the great sins of lying, spying on others and using bad words also means we are not worthy of being shown respect by others.

Lying is one of the major reasons for corruption in society.  Any form of lying creates enmity and sews disrespect between people, but the most obnoxious form of lying is to falsely attributing things to God or to his Prophets and Messenger.  Islam forbids lying and enjoins the believers to be truthful.  The words of Quran testify to this.  God says:

“…who does more wrong than one who invents a lie against God, to lead mankind astray without knowledge?” (Quran 6:144)

In his narrations and sayings, Prophet Muhammad often exhorted his followers to adhere to honesty and stay away from the vices inherent in lying.  He said,

“Beware of telling lies, for lying leads to immorality and immorality leads to Hellfire.”[1]

Even one of his greatest enemies attested to the fact that Prophet Muhammad was truthful and commanded truthfulness.  Abu Sufyan[2], although despising the Prophet, revealed that he commanded his follows to pray, to be truthful and to uphold the ties of kinship.[3]

Prophet Muhammad warned his followers of the evils of spying on others when he said,

Indeed God himself has reminded us to avoid suspicion.  He said:

“Avoid much suspicion; indeed some suspicions are sins.  And spy not…” (Quran 49:12)

In Islam, it is not permissible to search for or reveal the secrets of others.  Spying and all it involves, such as eavesdropping and asking too many private questions, is forbidden because it involves disrespecting the private lives of others by disobeying God.

The great and well respected Caliph Umar ibn Abdul-Azeez  said to someone who passed on  malicious gossip to him:

“If you wish, we can look into the matter.  If you are lying, you will be one of the people mentioned by God in the verse, “If a rebellious evil person comes to you with news, verify it, lest you harm people in ignorance, and afterwards you become regretful to what you have done.” (Quran 49:6)  If you are telling the truth, you will be one of the people mentioned in the verse, “A slanderer, going about with calumnies.” (Quran 68:11)  Or if you wish, we will forgive you”.  He said, “Forgive me, O Leader of the believers, I will never do it again.”  Lying, gossiping, slandering and spying are great sins, so to is using bad words.

Bad words show disrespect to those being spoken about and a total lack of self-respect.  Reviling, insulting, cursing and rudeness, these are bad words and they usually are uttered when someone is overcome by anger.  Anger is an emotion that may open the doors to all kinds of evil and disrespect.  It can sometimes result in breaking the bonds of goodwill and even destroy family relationships.  Anger can even move beyond just using insulting words and cause one person to physically harm another.

Prophet Muhammad was not a person to use insulting words or obscene language and he did not curse people.  If he wanted to rebuke someone he would say, “What is wrong with him?  – woe to him!”[5]  The true believer, the one submitted to God, must learn to control his tongue and not speak unless he says something good.  In his sayings, Prophet Muhammad reminds us that whoever believes in God the Last Day (or Judgement) must speak good or keep silent[6].  He said trading insults with a believer was evil, fighting was minor disbelief and cursing a believer was like killing him.[7]

Stern words indeed, they leave no room for misinterpretation.  Bad words lead to evil doing and ultimately punishment.  God reminds us that the best speech is the remembrance of God because it brings contentment and a sense of peace.

A person who keeps himself busy doing good deeds and seeking God’s pleasure is a person who knows the meaning of respect.

[2] In the early years of Islam Abu Sufyan was an avowed enemy of Prophet Muhammad and Islam; however, after the conquest of Mecca he embraced Islam.