The Authorship of the Quran (part 1 of 3): The Words of a Human?

Description: A look into whether the Quran could have been written by Muhammad himself. 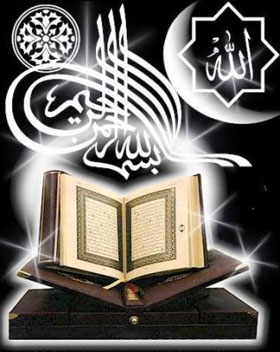 Although it is proven that the text of the Quran has remained intact till today, how are we sure that the words actually originated from God and not some other source?  This takes us to look at the authenticity, authority, or source of the Quran.

Concerning the authorship of the Quran, Muslims believe that it was revealed verbatim (i.e. word for word) by God, to Muhammad, may the mercy and blessings of God be upon him.  Non-Muslims, however, who do not support this view, can have no differences with Muslims concerning the fact that the Quran was at least first witnessed to be uttered by Muhammad, a Meccan Arab in the 7th century CE and, as proved above, there have been no changes to the records of his utterances since then.

Muslims’ claim of “internal evidence” for the divine authorship of the Quran, i.e. from statements to that effect in the Quran itself (e.g. Quran 4:82; 6:19; 6:92; 27:6; 45:2, etc.), is understandably looked upon with skepticism, as nearly anyone can quote passages from his or her scripture that claim the scripture in question is revelation from God.  We are therefore forced by reason and objectivity to look elsewhere for “external evidence” of the Quran’s divine source or authority.

The simple proposed structure for the presentation of this “external evidence” is an elimination process, where we get to the answer of the question – “Who is the author of the Quran?” – by eliminating all alternative answers to this question which are definitely implausible.  In other words, the definite or (at least) most probable author or source of the Quran is identified by eliminating unacceptable alternative candidates.

There are various contradictory views and opinions held by some non-Muslims as to the source of the Quran.  The following list of “possible” authors reflects the main theories:

3)    Some non-Arab scholars, or poets or religious personalities.

4)    Monks or Rabbis (i.e. from the Bible or Judeo-Christian sources).

We may now proceed to examine from a closer study of the Quran and history how plausible these theories are.

Muhammad: Unlettered and Had No Teachers

The fact that Muhammad could neither read nor write (Quran 29:48) is well known and uncontested by even his non-Muslim contemporaries and present day historians.  He had no schooling or teacher of any kind.  He had never been known to compose oral poetry or prose.  The Quran, with its all-embracing laws and freedom from all inconsistencies, has its greatness acknowledged even by non-Muslim scholars.[1]  Its contents treat social, economic, political and religious legislation, history, views of the universe, living things, thought, human transactions, war, peace, marriage, worship, business, and everything relating to life - with no contradicting principles.  The Quran has never been edited or revised as it was never in need of any revision or correction.  How were such vast subject areas expounded upon with such precision by a 7th century Arab with no formal education or even the ability to read what scant material there may have been in his environment on such topics?  Where and when has history ever produced an illiterate author of such a scripture?

Muhammad’s sincerity, truthfulness and integrity were so well known that he was even nicknamed “Al-Ameen” (The Trustworthy) by his pre-Islamic community.  Not a single lie is recorded against him, and many modern Western Orientalists have themselves admitted that contrary to any deliberate deception, that the Prophet had a profoundly sincere conviction that it was revealed to him by God Himself is undeniable.[2]

If his integrity had been in question, and he was supposed to have been motivated by the desire for personal glory to produce the Quran, why then would he disclaim authorship and instead claim it was from God, especially when the pagan Meccans had conceded that no one could produce such a scripture (Quran 2:23-24, 17:88, etc.), but only marvel at it?  His enemies even offered him kingship over Mecca and any riches he desired if only he would stop reciting.  If it was true that he desired his personal glory and leadership, why would he decline the offer when it was presented to him and instead prefer a life of humility, simplicity, persecution, sanctions, and even hostile attack by those who felt threatened by the Message of One God?

In addition, how reasonable is it to believe that unlettered Muhammad would author the Quran for personal benefit and then within the Quran correct and reprove himself?  For example:

“…And you did fear men, though God is more deserving that you should fear Him” (Quran 33:37)

There are other verse you may refer to, such as chapter18,verse 23-24, and others.  Why would he embarrass himself when he could simply omit or favorably modify such verses in the Quran?  They were certainly not to his advantage if his goals were power and prestige.  The existence of such verses only proves that Muhammad was indeed a truthful and sincere Messenger of God!

Next: The Authorship of the Quran (part 2 of 3): The Words of a Poet or a Teacher?