Description: How, Sara Bokker, a former actress, model, fitness instructor and activist gave up the glamorous Miami lifestyle for Islam and found true liberation with Islam and the Islamic dress code for women. 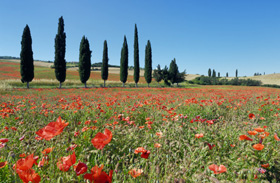 I am an American woman who was born in the midst of America’s "Heartland".  I grew up, just like any other girl, being fixated with the glamour of life in "the big city".  Eventually, I moved to Florida and on to South Beach of Miami, a hotspot for those seeking the "glamorous life".  Naturally, I did what most average Western girls do.  I focused on my appearance and appeal, basing my self-worth on how much attention I got from others.  I worked out rigorously and became a personal trainer, acquired an upscale waterfront residence, became a regular "exhibiting" beach-goer and was able to attain a "living-in-style" kind of life.

Years went by, only to realize that my scale of self-fulfillment and happiness slid down the more I progressed in my "feminine appeal".  I was a slave to fashion.  I was a hostage to my looks.

As the gap continued to progressively widen between my self-fulfillment and lifestyle, I sought refuge in escapes from alcohol and parties to meditation, activism, and alternative religions, only to have the little gap widen to what seemed like a valley.  I eventually realized it all was merely a pain killer rather than an effective remedy.

As a feminist libertarian, and an activist who was pursuing a better world for all, my path crossed with that of another activist who was already at the lead of indiscriminately furthering causes of reform and justice for all.  I joined in the ongoing campaigns of my new mentor which included, at the time, election reform and civil rights, among others.  Now my new activism was fundamentally different.  Instead of "selectively" advocating justice only to some, I learned that ideals such as justice, freedom, and respect are meant to be and are essentially universal, and that own good and common good are not in conflict.  For the first time, I knew what "all people are created equal" really meant.  But most importantly, I learned that it only takes faith to see the world as one and to see the unity in creation.

One day I came across a book that is negatively stereotyped in the West--The Holy Quran.  Up until that point, all I had associated with Islam was women covered in "tents", wife beaters, harems, and a world of terrorism.  I was first attracted by the style and approach of the Quran, and then intrigued by its outlook on existence, life, creation, and the relationship between Creator and creation.  I found the Quran to be a very insightful address to heart and soul without the need for an interpreter or pastor.

Eventually I hit a moment of truth: my new-found self-fulfilling activism was nothing more than merely embracing a faith called Islam where I could live in peace as a "functional" Muslim.

I bought a beautiful long gown and head cover resembling the Muslim woman’s dress code and I walked down the same streets and neighborhoods where only days earlier I had walked in my shorts, bikini, or "elegant" western business attire.  Although the people, the faces, and the shops were all the same, one thing was remarkably distinct: the peace at being a woman I experienced for the very first time.  I felt as if the chains had been broken and I was finally free.  I was delighted with the new looks of wonder on people’s faces in place of the looks of a hunter watching his prey I had once sought.  Suddenly a weight had been lifted off my shoulders.  I no longer spent all my time consumed with shopping, makeup, getting my hair done, and working out.  Finally, I was free.

Of all places, I found my Islam at the heart of what some call "the most scandalous place on earth", which makes it all the more dear and special.

Soon enough, news started breaking about politicians, Vatican clergymen, libertarians, and so-called human rights and freedom activists condemning the Hijab (headscarf) as being oppressive to women, an obstacle to social integration, and more recently, as an Egyptian official called it -"a sign of backwardness."

I find it to be a blatant hypocrisy when some people and so-called human rights groups rush to defend women’s rights when some governments impose a certain dress code on women, yet such "freedom fighters" look the other way when women are being deprived of their rights, work, and education just because they choose to exercise their right to wear the Hijab.

Today I am still a feminist, but a Muslim feminist, who calls on Muslim women to assume their responsibilities in providing all the support they can for their husbands to be good Muslims.  To raise their children as upright Muslims so they may be beacons of light for all humanity once again.  To enjoin good -any good - and to forbid evil -any evil.  To speak righteousness and to speak up against all ills.  To fight for our right to wear Hijab and to please our Creator whichever way we chose.  But just as importantly to carry our experience with Hijab to fellow women who may never have had the chance to understand what wearing Hijab means to us and why do we, so dearly, embrace it.

Willingly or unwillingly, women are bombarded with styles of "dressing-in-little-to-nothing" virtually in every means of communication everywhere in the world.  As an ex Non-Muslim, I insist on women’s right to equally know about Hijab, its virtues, and the peace and happiness it brings to a woman’s life as it did to mine.  Yesterday, the bikini was the symbol of my liberty, when in actuality it only liberated me from my spirituality and true value as a respectable human being.

I couldn’t be happier to shed my bikini in South Beach and the "glamorous" Western lifestyle to live in peace with my Creator and enjoy living among fellow humans as a worthy person.

Today, Hijab is the new symbol of woman’s liberation to find who she is, what her purpose is, and the type of relation she chooses to have with her Creator.

To women who surrender to the ugly stereotype against the Islamic modesty of Hijab, I say: You don’t know what you are missing.

wow...one of the most beautiful articles i ever read, May Allah reward this lady for her incredible sacrifice...a really powerful artlicle

.your thought provoking confesion and testimonies has propelled me to hold on to my faith and that Allah is always with me and their is hope tommorrow.i also will continue to carry myself like the true muslim woman

I'm intrigued by the fact that so many American converts to Islam went through the same route that I did. First I questioned some of the values I grew up with then I became involved with political activism. Lastly I went from Christianity to alternative religions, none of which touched my original conserns.