Discovering the Real Jesus (part 1 of 6): Mark vs. Matthew and Luke

Description: A comparison of the gospel versions in search of the real Jesus. 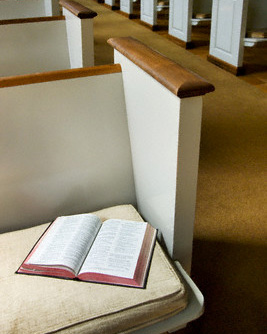 Over the last three hundred years, the world of Biblical scholarship has exercised its collective mind in solving the riddle of why the gospels are so similar and yet so different.  The result of this laborious scholarly enquiry has resulted in the discovery that Matthew and Luke were dependent upon Mark and an additional source, termed “Q”, as the basis for their own gospels.

The two source hypothesis is generally accepted as the fundamental solution to the synoptic problem.  It remains the majority position within contemporary New Testament scholarship.

“The conclusion usually and I think rightly drawn from their comparative study is that the Gospel of Mark or something very similar like it, served as a source for the Gospels of Matthew and Luke…”[1]

Mark’s gospel has been dated between 65-70 C.E.  There is a general consensus on this dating, agreed upon by conservatives as well as skeptics, and found in most introductions to the New Testament.

“Mark probably wrote his gospel in the first instance, for the Christians of Rome, in the aftermath of the persecution which overtook them without warning under Nero, as a sequel to the great fire in July, AD 64”.[2]

When studying these gospels, it is quite apparent that Mark is more primitive in style, theology and diction.  More importantly, in Mark’s gospel the human Jesus stands out more visibly than the later gospels.  Scholars argue that the depiction of Jesus in Mark represents a far more historical and real Jesus.

In Mark’s gospel, there are a plethora of passages which describe Jesus as a mere human being.  Such passages would later on become stumbling blocks in the way of weak believers, traditions which “ran against the grain”, and were therefore omitted from the later gospels.

When one scrutinizes the same narratives of Jesus reported in Mark and Matthew, one quickly realizes that the latter has altered Mark’s gospel due to an increasing feeling of reverence for the person of Christ.  Passages which show the inability, weakness and humanness of Jesus were omitted by Matthew and replaced with a much better Christology.

Of course, not all of the changes were Christological in nature.  Factual inaccuracies, grammatical mistakes and other minor errors were also omitted by Matthew and Luke.  Matthew’s redaction of Mark often appears at first to involve incidental details, but a closer study reveals that it is part of a consistent and thoroughgoing redevelopment of Mark.

Through the passing of time, there was a clear change in Christology from the earlier gospel to the later ones.  The development was from lesser to greater.  There was an enhancing of feelings of reverence and an increase in the position and status of Jesus.

“Matthew and Luke suppress or weaken references in Mark to such human emotions of Jesus as grief and anger and amazement as well as Jesus’ unrequited love; they also omit Mark’s statement that Jesus’ friends thought he was beside himself”.

He explains further, that:

“The later gospels omit what might imply that Jesus was unable to accomplish what he willed…and also omit questions asked by Jesus which might be taken to imply his ignorance.”[3]

Metzger continues further by enumerating instances where Matthew and Luke soften Mark’s statements which might minimize the majesty of Jesus and replaced it with illustrations of a more alluring and authoritative Jesus.

In the story of the fig tree as found in Mark, the disciples did not notice the withering of the tree until next morning.  For Matthew, this seemed less dramatic and unimpressive, and hence in his narrative the tree withered at once, leaving the disciples in shock and amazement.

Matthew and Luke were adamant in changing the words of Jesus.  They wanted to make Jesus say what they wanted people to believe, “reflecting a later stage of theological understanding than that in Mark.” (Metzger, pg 83)

It seems quite clear that during both the pre and post gospel stages of the gospel traditions transmission, the available material was molded, filtered and changed in direct correlation to the Christological convictions of those who handled the traditions.

It is important to stress that this is not a case of the evangelists’ mere differing in emphasis; rather there are numerous occasions when the later gospel writers go out of their way to modify and alter the earlier version.

Therefore, if we wish to come close to the historical Jesus in the gospels, it is a good starting point to compare the stories in the various gospels, to discern where the story has altered.

Next: Discovering the Real Jesus (part 2 of 6): The Gospel of John