Description: An alternative look at becoming a Supermom. 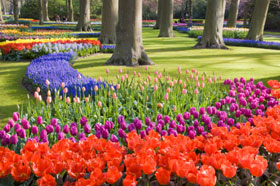 A book, Perfect Madness by Judith Warner, published by Riverhead Books, tells us that during her research, Warner discovered that:

In the lands where all that glitters is somehow perceived to be gold and therefore desirable, women are discovering that playing roles that were not ordained for them by God is not all it is cracked up to be.

Women in the West, who have long been battling both themselves and the natural order to be “superwomen,” are finding that banging their heads on the glass ceiling is giving them more than a headache.  They are finding themselves on a merry-go-round that will not stop.  Their makeup and their hair must be perfect; their size must be unrealistically thin; their children must be perfect, talented, and high achievers; their houses must be spotless; and all this must be achieved in the stolen hours between working and sleeping.

This is more than just struggling against the glass ceiling in pursuit of career goals: It is banging your head against a wall on a relentless and ongoing basis. As Judith Warner states, “I have seen so many mothers banging their heads against a wall: treating their pain - the chronic headache of their lives - with sleeping pills, antidepressants and anxiety meds, and a more and more potent, more and more vicious self-and-other-attacking form of anxious perfectionism.”

The chronic headache of their lives …!  Is that a life?  This is mere survival in a life of stress and loneliness.  The superwoman goal is unachievable not because women are incapable, but because they fail to see that fulfilling natural and predestined roles is undoubtedly the real super achievement.  Playing mother, wife, and career woman all at the same time is not an enviable position, and, except in cases of necessity, the woman’s role as caregiver and homemaker should take precedence over career and outside activities.

Islam defines women as superwomen - but with a different meaning.  Islam recognizes that the role of wife and mother is of paramount importance.  Islam defines marriage as half of the religion.  Islam clearly states that Heaven lies at the feet of mothers.  Islam goes much further than just recognition; it clearly defines the roles that women play and states rights and obligations with clarity and common sense.

The role of a mother in bringing up children is greater than that of a father.  She is responsible for their emotional, behavioral, and intellectual development.  She is responsible for instilling the love of Islam in them, especially in their early formative years.  When a woman understands the teachings of Islam and her own role in life, she understands her complete responsibility for the upbringing of her children, as is referred to in the Quran:

“O you who believe! Save yourselves and your families from a Fire whose fuel is Men and Stones.” (Quran 66:6)

More than 40 years ago, Muslim women who were secure in their roles and their lives could see the damage being caused by a Western lifestyle.  In 1962 after observing her Western sisters, Salma Al-Haffar said in the Damacus newspaper Al-Ayyam,:

“It is truly a shame that women lose the most precious thing that nature has given them, that is, their femininity, and then their happiness, because the constant cycle of exhausting work has caused them to lose the small paradise which is the natural refuge of women and men alike, a refuge that can only flourish under the care of a mother who stays at home.  The happiness of individuals and society as a whole is to be found at home, in the lap of the family; the family is the source of inspiration, goodness and creativity.”

Nowadays, a woman is often forced to make choices that are not easy.  Often, she feels that she must work to help financially support the family.  Often, she is the family’s sole breadwinner.  However, before we focus blame on the stresses and demands of society today and blame them for the destruction of family values and the pain and anguish of failing supermoms, let’s recall how we have unrealistically idealized the lives women’s lives in the 21st century.

On the other hand, the lives of Muslim women must be guided only by the precepts of the Quran and the Sunnah.  We must not be fooled by slogans such as “times have changed.”

The Prophet Muhammad, may the mercy and blessings of God be upon him, was sent with a message for all mankind, in all times and in all places.  The guidelines sent down to us by our Creator, God Almighty, are perfect and cover all situations.  God made it clear that a woman’s first responsibility is to her Creator, then to her husband, and then to her home.  There is nothing in Islam that prevents a woman from continuing her education, from working or from pursuing outside activities.  Nothing, that is, except the well-being of her family.

The importance that Islam places upon marriage is clear.

“And among His signs is this that He has created for you mates from among yourselves, that you may dwell in tranquillity with them; and He has put love and mercy between you. Verily in that are signs for those who reflect.” (Quran 30:21)

The usual by-product of marriage is children, and these children are the future of society.  What greater role can there be than that of mother?  How can the women who fulfill this role be regarded as anything but superwomen?  Women who understand their religion are secure in the fact that God Most High knows what is best for His slaves.

Women must be vigilant, for our society’s future rests in their hands, and being burnt out supermoms achieves nothing but stress and anxiety.  Unfortunately, many non-Western women today are blindly rushing to follow a well-worn road.  It is a road of consumerism and excess, and it leads nowhere. That nowhere has no substance; it is merely a feeling of emptiness and loss. It is better not to follow such women into oblivion; let us learn from their mistakes.

As is evident from the research found in Perfect Madness, the Western lifestyle being clutched to so desperately is not a cure for what ails us. The motherhood that needs to be sought is compatible with God Most High.  That is it, nothing more.  If we achieve this, we are the real superwomen; the true supermoms.

JazakALLAH&sukran for a great eyeopener for our muslim families