Description: Another miracle of Jesus is described.  The real significance of the miracle of the table, spread with food. 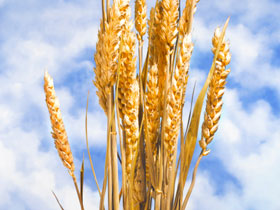 Chapter 5 of the Quran is named Al Maidah (or The Table Spread with Food).  It is one of three chapters in the Quran that deal extensively with the life of Jesus and his mother Mary.  The other chapters are chapter 3 Aali Imran (The Family of Imran) and chapter 19, Maryam (Mary).  Muslims love Jesus and honour his mother, but they do not worship them.  The Quran, which Muslims believe to be the direct words of God, holds Jesus and his Mother Mary, and indeed their whole family – the family of Imran, in very high regard.

We know that Jesus lived amongst his people the Israelites for many years, calling them back to the worship of the One True God and performing miracles by the permission of God.  Most of those around him rejected his call and failed to heed his message.  However, Jesus had gathered around him a group of companions called Al Hawariyeen (the disciples of Jesus) in Arabic.

God said in the Quran:

“I (God) put in the hearts of Al-Hawariyeen to believe in Me and My Messenger, they said: ‘We believe.  And bear witness that we are Muslims.’” (Quran 5:111)

The disciples referred to themselves as Muslims;  how could this be when the religion of Islam would not be revealed for another 600 years?  God must be referring to the general meaning of “Muslim”. A Muslim is anybody who submits to the One God and His obedience, and anybody whose allegiance and loyalty is to God and the believers above all else.  The word Muslim and Islam come from the same Arabic root - sa la ma - and that is because peace and security (Salam) is inherent in one’s submission to God.  Thus it can be understood that all the Prophets of God and their followers were Muslims.

A Table Spread with Food

Jesus’ disciples said to him:

Were they asking Jesus to perform a miracle?  Did the disciples of Jesus who called them selves Muslim feel unsure about the ability of God to provide miracles at will?  It is unlikely, as this would be an act of disbelief.  The disciples of Jesus were not asking if it were possible, but rather if Jesus would call upon God at that specific time to provide them with food.  However, Jesus may have thought otherwise, for he replied:

When they saw Jesus’ reaction, his disciples tried to explain their words.  Initially they said “We wish to eat thereof.”

They may have been very hungry and wanting God to satisfy their need.  Asking God to provide us with sustenance is acceptable, for God is the Provider, the One from Whom all provision emanates.  The disciples then went on to say, “and to satisfy our hearts.”

They meant that their faith would become even stronger if they saw a miracle with their own eyes, and this is confirmed by their closing statement.  “And to know that you have indeed told us the truth and that we ourselves be its witnesses.”

Although mentioned last, being a witness to the truth and seeing the miracles that are its supporting evidence were the most important justifications for their request.  The disciples were asking Prophet Jesus to perform this miracle by the leave of God so that they could be witnesses before all of mankind.  The disciples wanted to spread the message of Jesus by proclaiming the miracles they witnessed with their own eyes.

“They said: ‘We wish to eat thereof and to satisfy our hearts, and to know that you have indeed told us the truth and that we ourselves be its witnesses.’  Jesus, son of Mary, said: ‘O God, our Lord!  Send us from heaven a table spread (with food) that there may be for us - for the first and the last of us - a festival and a sign from You; and provide us sustenance, for You are the Best of sustainers.’” (Quran 5:113-114)

Jesus asked for the miracle.  He prayed to God, asking that a table spread with food be sent down.  Jesus also asked that it this be for all of them and that it be a festival.  The Arabic word used by Quran is Eid, meaning a festival or celebration that reoccurs.  Jesus wanted his disciples and those that came after them to remember the blessings of God and be thankful.

We have much to learn from the supplications made by the Prophets and other righteous believers.  Jesus’ supplication was not just for a table spread with food, but for God to provide them with sustenance.  He made it comprehensive because food is but a small part of the sustenance provided by the Best of Sustainers.  Sustenance from God encompasses all the necessary requirements for life including, but not limited to, food, shelter, and knowledge.  God replied:

“I am going to send it down unto you, but if any of you after that disbelieves, then I will punish him with a torment such as I have not inflicted on anyone among (all) the worlds of mankind and jinn.” (Quran 5:115)

The reason why God’s response was so absolute is that if one disbelieves after being provided with a sign or miracle from God, it is worse then disbelieving without seeing the miracle.  You may question as to why.  It is because once one has seen the miracle, one has first hand knowledge and understanding of the omnipotence of God.  The more knowledge a person has, the more responsibility he has before God.  When you have seen the signs, the obligation to believe and spread the message of God becomes greater.  God was commanding Jesus’ disciples on receiving this table spread with food to be aware of the great responsibility that they had taken upon themselves.

The day of the table did become a feast day and celebration for the disciples and followers of Jesus, but, as time passed, the real meaning and essence of the miracle was lost.  Eventually Jesus came to be worshipped as a god.  On the Day of Resurrection, when all of mankind will stand before God, the disciples will bear the great responsibility of knowing the true message of Jesus.  God will speak to Jesus directly and say:

“O Jesus, son of Mary!  Did you say unto men: ‘Worship me and my mother as two gods besides God?’  He (Jesus) will say: Glory be to You!  It was not for me to say what I had no right.  Had I said such a thing, You would surely have known it.  You know what is in my inner self though I do not know what is in Yours, truly, You, only You, are the All Knower of all that is hidden and unseen.  Never did I say to them aught except what You (God) did command me to say: ‘Worship God, my Lord and your Lord.’” (Quran 5:116-117)

Those of us who have been blessed with this true message of Jesus, the same message spread by all of the Prophets including the last prophet, Muhammad, will also bear great responsibility on the Day of Resurrection.