Description: Is humanity guilty for the sin of Adam?  The Christian and Islamic concepts of sin, repentance, and sacrifice compared.

“…No person earns any (sin) except against himself (only), and no bearer of burdens shall bear the burden of another…” (Quran 6:164) 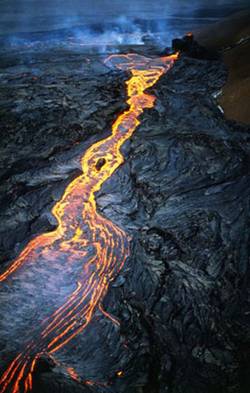 None can reject that in these two verses, the first from the Quran and the second from the Bible, is an allusion to the same meaning: that the Just God will never punish people for the sins of others.

Christianity alleges that God created humans to live eternally in Heaven, and that when Adam ate from the tree from which he had been forbidden, God punished him through death and banishment from Heaven.  They further assert that as death was inherited by his progeny, so too was the sin of their father, which was a permanent stain on the hearts of humanity, never to be removed except through a sacrifice so great that it would oblige God to forgive humanity.  This sacrifice would be nothing other than the sacrifice of God himself, incarnate in His “son” Jesus.  Therefore Christianity deems all of humanity as damned to Hell for the sin of Adam from which they could never be cleansed, except through the belief that God became incarnate and died for Adam’s sin, ritualized as Baptism, through which Christians are ‘born again’ into the world, but this time free of sin.[1]  So we see that the theory of ‘Original Sin’ forms the basis of various Christian beliefs, from the crucifixion of Jesus to the concept of salvation and savior from Hell.  It forms the very basis for the mission of Jesus himself.

So the questions arise, is humanity guilty for the sin which Adam committed by eating from the tree he was forbidden?  Must we all repent from that great sin?  In what way is one to repent?  And if so, what is the fate of those who did not?

Islam strictly promotes the notion that the punishment of sins will only be faced by those who commit them.  Sin is not a hereditary trait or ‘stain’ passed to one’s progeny one generation to another.  All people will be accountable to what only they themselves did in this life.  Therefore, even though the Quran mentions the sin of Adam and how he was banished from the Garden, it places no responsibility on the shoulders of his progeny.  None of the Prophets before Jesus were known to have preached this concept, nor were any other beliefs or rituals based upon this belief.  Rather, salvation from Hell and attainment of Paradise was achieved through the belief in One God and obedience to His commandments, a message preached by all Prophets, including Muhammad, may the mercy and blessings of God be upon him, as well.

The Oft-Forgiving, the Most Merciful

As for the sin of Adam, the Quran tells us that he repented for his sin.  God revealed to him words with which to repent, which He then accepted from him.

“Then Adam received Words (of forgiveness) from his Lord, and He accepted his repentance.  Verily, He is the One Who repeatedly accepts repentance, the Most Merciful.” (Quran 2:37)

Through God’s acceptance of Adam’s repentance, Adam was cleansed of the sin which he committed.  God in the Quran repeatedly ascribes to Himself attributes of mercy and forgiveness.  He also mentions that from His Names are The Oft-Forgiving, The Most Merciful, the Accepter of Repentance, and others, all of which emphasize the All-Encompassing Mercy of God.  Even to those who have sinned much and may lose hope in the forgiveness of God, He says:

“Say: ‘O My slaves who have transgressed against themselves (by committing evil deeds and sins)!  Despair not of the Mercy of God, indeed God forgives all sins.  Truly, He is Oft-Forgiving, Most Merciful.’” (Quran 39:53)

If a person sins, all they need to do is truly repent from their heart, and they will find God Ever Merciful.  Adam did sin, and the sin did stain his heart, but it was removed through his repentance.  The Prophet Muhammad said:

“Indeed if a believer sins, a black spot covers his heart.  If he repents, and stops from his sin, and seeks forgiveness for it, his heart becomes clean again.  If he persists (instead of repenting), it increases until it covers his heart…” (Ibn Maajah)

Even if we were to say that Adam did not repent, that stain is not passed on to further generations.  Therefore, we see that God does not need any physical sacrifice in order to forgive sins, and that no sin is too great for His Mercy; to say so would be to ascribe deficiency to His Excellence and Perfection.  The Prophet Muhammad relates to us that God said:

God says in the Quran in regards to sacrifice, that it is the intention of the person when offering the sacrifice which is of importance, and not the actual sacrifice itself.

“It is neither their meat nor their blood that reaches God, but it is piety from you that reaches Him...” (Quran 22:37)

If we were to implement this verse in regards to the original sin and God incarnate sacrificing himself in order to forgive all of humanity, we see that even without seeking repentance for Adam’s sin, God forgave human beings due to His Own Sacrifice. Could He not have forgiven them without such a sacrifice?

It is also mentioned in the bible:

“To what purpose (is) the multitude of your sacrifices unto me?  Saith the LORD: I am full of the burnt offerings of rams and the fat of fed beasts; and I delight not in the blood of bullocks, or of lambs, or of he goats.  When ye come to appear before me, who hath required this at your hand, to tread my courts?  Bring no more vain oblations; incense is an abomination unto me; the new moons and Sabbaths, the calling of assemblies, I cannot away with; (it is) iniquity, even the solemn meeting.  Your new moons and your appointed feasts my soul hateth: they are a trouble unto me; I am weary to bear (them).  And when ye spread forth your hands, I will hide mine eyes from you: yea, when ye make many prayers, I will not hear: your hands are full of blood.  Wash you, make you clean; put away the evil of your doings from before mine eyes; cease to do evil; Learn to do well; seek judgment, relieve the oppressed, judge the fatherless, plead for the widow.  Come now, and let us reason together, saith the LORD: though your sins be as scarlet, they shall be as white as snow; though they be red like crimson, they shall be as wool.”[2]

Very good article and very informative. It has answered alot of Questions that I have had and has sparked my curiosity on The Second Chapter of The Quran. AsSalamu Alaykum Joseph

Assalamu Alaikum. The article Enlightened everyone's mind especially to those converted one. It adds the knowledge that they have now regarding Islam Religion. Maryam