Description: Under the dark Communist era of the Soviet Union, a young child at the age of 3 begins her quest of finding God! 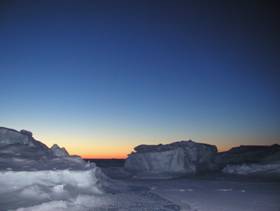 My first memory is from the time I was three years old.  I remember asking my father: “What would I become as I die?”  He was very amazed to hear such a question from my little mind and unfortunately he was not able to answer me.  Here, in Estonia, during the Soviet rule, faith was considered something taboo and nobody was allowed to talk about it – only crazy people believe in God, as how can we believe in something we don’t see?  Our cosmonauts went to the space and they didn’t see God sitting on a cloud, in his white dress and with his long grey beard, therefore He does not exist!  As a child of that society himself, my father was totally unable to give me an adequate answer.  He said: “Well, my dear, you would just sleep in the ground ...”

I have never heard of anything as illogic or frightening as my father’s answer that day.  It made me search for the truth, even though I was only three.  But there was a long way ahead of me.  I have always known, or actually felt, that God existed, even though I was not able to give Him a name.  I knew He just was and He was always there to survey me.  If I had to be a good girl, it was not for my parents, it was for Him, because He was the one who would see me anywhere I would be, and not my parents.

As I went to school, my questions became so hard on my father that he sent me to see his mother, my grandmother.  She was born during the first republic of Estonia, so she was baptized like everybody else of her age.  She was the one who told me first to call God God and she also taught me the Christian prayer of “Our Father who is in heaven”.  As she also told me not to recite it in public or my parents could get in trouble, I promised myself to learn more as I would grow older.

And so I did.  At the age of 11, as we got our independence from the Soviet Union, I went to a Sunday school (a special class for kids to learn about Christianity, usually held by the wife of the priest at the same time as the parents go to church) ... but they kicked me out.  They told me I was asking too many questions I shouldn’t, that I had a lack of faith.  I didn’t understand them.  I didn’t find anything wrong with wanting to know how come Christ is considered the son of God as God didn’t marry Mary and how come then Adam is not the son of God, even though he didn’t have a mother nor a father.  But this kind of a curiosity was just too much for the teacher.

When I was 15 I started to learn more about Christianity on my own.  I considered myself a Christian, If I could leave out this and that and … at the end I realized that I couldn’t consider myself a Christian if I didn’t accept so many things in that religion.  I had to look for something else …

After learning about different kinds of religions I finally found Islam.  As I had previously been so disappointed about Christianity, it took me a long time to study Islam first.  But it was all worth it.

When people ask me, why I became a Muslim, I usually tell them, that I didn’t become one, I have always been a Muslim, I just didn’t realize it.  And as I discovered Islam, it took me three years to check if that is really who I am.  So if one would ask me if I’m sure, I could answer with no doubt what so ever – YES!!! That is who I am, who I have always been.  So finally at the age of 21 I converted to Islam; All Thanks to God!

I converted to Islam straight after the month of Ramadan, 2001.  Ramadan is a beautiful time and is all about fasting, keeping yourself away from the physical pleasures, making your mind get the upper hand over your body, and thinking about the ones who are less fortunate than you.  That is exactly how I feel about my life before becoming a Muslim – I was fasting from the most needed food a human being can long for – the “food” for his mind and his heart!  I was constantly working on making myself better, constantly praying to find inner peace, constantly analyzing the situation in this life …

I still don’t have a totally logical explanation to why I exactly I converted AFTER Ramadan and not BEFORE or DURING it.  I fasted the whole month of Ramadan then converted.  I guess I had to purify myself; I had to take the last step towards accepting the perfection.

Being deprived of food and drink is one thing, but being deprived of knowledge, of simple truth, believe me, it’s even harder.  That is why, every time we fast, we don’t only have to think about when would the minute arrive that would allow us to eat and to drink and to taste all the good things made by the women of our house for the break of fast, but we would also have to think about all the other people who are deprived, not only of food, but also of the blessing of being a Muslim, the blessing of being so close to perfection and truth.  As Muslims, we are truly blessed: we are fasting one month per year to make ourselves better persons, but most of the people in this world have to fast large parts of their life in the search of truth.

Assalamualeikum sister Katlin. To find Islam in an overwhelmingly Christian country like Estonia is truly a sign that Allah loves you. He opened your heart and showed you the Hidayah. May Allah shower his blessing upon you forever. Ameen.