The Day of Resurrection (part 1 of 3): Introduction

Description: A brief glimpse at the Islamic concept of the Day of Judgment and death. 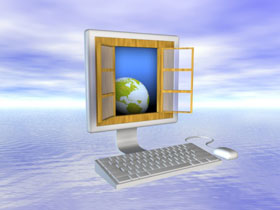 ‘Armageddon’, ‘Deep Impact’, ‘End of Days’, the list goes on and on, all though these movies differ in a number of ways, they all have a common plot that depicts an ‘end of the world’ scenario.  In the most part, skepticism and mockery play a large role in these blockbuster movies, but the fact that each movie of this nature sells so well and becomes a hit is proof that people are intrigued by the afterlife.  So, what does the future hold?  To the majority, ‘once you’re dead, you’re dead’ is the common belief, but is this really the case?  Does life cease after death, or is it just an initial step leading to another?

Justice, equality, individuality at best can be described as hollow slogans preached by democracy, rarely implemented in Western society.  These terms only attain full meaning with belief in the afterlife, for in this life, we see that crimes go unchecked, unfair judgments are handed down and criminals walk free!  Even in cases were a killer is convicted of a heinous crime, he may escape the death penalty, for it is only reserved for the most ‘culpable’ offenders (such as killers and their accomplices) as was the case of Ted Bundy, the infamous serial killer who terrorized America in the late 70s and early 80s.  He presumably killed 30 to 100 people.  His death via electric chair was quite painless in comparison to the agony he put each of his victims through.  According to Christianity, regardless of this man’s ill doings, since he was a ‘believer’ in God, he will be forgiven as per the Doctrine of Atonement.  But is this true justice?

In Islam, no one will go scot-free; all will be held accountable for their transgression in a higher court of law, wherein no one is wronged and all are given proper sentences.  God, Almighty, tells us:

“And the Book (one’s Record) will be placed (in the right hand for a believer in the Oneness of God, and in the left hand for a disbeliever in the Oneness of God), and you will see the criminal sinners, fearful of that which is (recorded) therein.  They will say: “Woe to us!  What sort of Book is this that leaves neither a small thing nor a big thing, but has recorded it with numbers!”  And they will find all that they did placed before them, and your Lord treats no one with injustice.” (Quran 18:49)

If a person was wronged and did not see true justice or saw only partial justice, God will restore to him his rights on that Day.  The Prophet, may the mercy and blessings of God be upon him, said:

“The rights shall be returned to the proper individuals on the Day of Resurrection, even to the detail of the just retribution of the broken horned sheep from the two horned sheep who had hit it.” (Saheeh Muslim)

Muslims firmly believe in life after death, we are reminded time and time again of this reality by God, the Exalted.  He says:

“O you who believe!  Fear God and keep your duty to Him.  And let every person look to what he has sent forth for tomorrow, and fear God.  Verily, God is All-Aware of what you do.” (Quran 59:18)

Journey into the Afterlife

Death is but a phase in a series of phases, it is the beginning of one’s journey to the afterlife.  Death, or the cessation of life functions, occurs when one’s soul leaves the body.  This is a very painful experience.  God, Almighty, tells us:

As the soul departs the body, the person will stare at it, and his eyes will follow it.  The Prophet said:

“One will follow the path of the soul visually as it leaves his body.” (Saheeh Muslim)

The soul will then begin its journey up to the heavens; for a believer permission would be sought for the gates of heaven to be opened and the gates would be opened till it reaches the seventh heaven, whereby God says:

“Thereof (the earth) We created you, and into it We shall return you, and from it We shall bring you out once again.” (Quran 20:55)

It would then be returned to the body.  As for the non-believer, permission would be sought for the gates of the lowest heaven to be opened, but the angels refuse and it will be cast back to earth.  God, Almighty, tells us:

“Verily, those who belie Our Signs and treat them with arrogance, for them the gates of heaven will not be opened, and they will not enter Paradise until the camel goes through the eye of the needle.  Thus do We recompense the criminal sinners.” (Quran 7:40)

Thereafter, one will remain in either continuous bliss or punishment in the grave until the Final Hour is established.

The Day of Resurrection

Nearing the end of time, the trumpet will be blown and creation will cease to exist.  God, Almighty, says:

It will be blown a second blowing, and all creation from the beginning of time till the end of time will be resurrected.  God, the Exalted, tells us:

“And the Trumpet will be blown (i.e.  the second blowing) and behold!  From the graves they will come out quickly to their Lord.” (Quran 36:51)

The first human being to be dressed on the Day of Resurrection will be Prophet Abraham, may the mercy and blessings of God be upon him.” (Saheeh Al-Bukhari)

Very good article thank you for this it really helped