How Islam Deals with Diseases and Pandemics (part 1 of 2)

Description: Over fourteen centuries ago Islam informed humankind on essential measures that help prevent the spread of viruses.

Tips to Prevent the Spread of Viruses 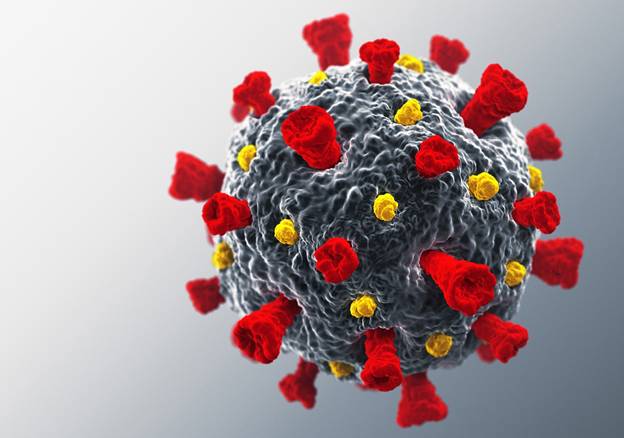 In light of the COVID-19 pandemic that has taken the entire world by surprise, it is worth noting that Islam, the religion of mercy, long ago mentioned valuable tips that medical science would later confirm help prevent the spread of illnesses, plagues and viruses, including:

1.     Washing Hands. Islam strongly recommends the washing of hands.  The Prophet Muhammad, may the mercy and blessings of God be upon him, said, "Wash your hands after you wake up; you do not know where your hands have moved while you sleep."[1]  In addition to after waking up Muslims also wash their hands during an act known as "wudu"—an act of cleaning various parts of the body starting off with washing each hand three times"—that is a prerequisite to performing the five daily prayers.  Furthermore, the Prophet told us that when washing, we should make sure to wash in-between the finger joints,[2]  which medically speaking is essential in-order to kill germs.

2.     Cleanliness.  The importance of cleanliness can be emphasized in the saying of the Prophet that, "Cleanliness is half of faith."[3]  Cleanliness is of so much importance that many acts of worship cannot be performed until one becomes in a clean state.  A Muslim cannot pray, hold the Quran, nor circumambulate the Kabah until they perform wudu, which includes the washing of the hands, mouth, nose, face, arms, and feet.  Likewise after sexual intercourse a Muslim must take a shower before he/she can carry out certain acts of worship.

It is also highly recommended to take a complete shower before attending the weekly Friday prayer at a mosque.  A well-known saying of the Prophet goes even further and tells us of ten acts of cleanliness that one should implement for their own well-being, including snuffing water in the nose, cutting the nails, removing armpit hair, shaving pubic hair, and cleaning one’s backside with water after answering the call of nature.  Furthermore, even the using of a "miswak", a tree twig used for cleaning teeth, which is equivalent to present day brush and toothpaste, is something that is recommended and liked by God.[4]  The Quran (2:222) mentions, "Indeed, God loves those who repent and loves those who keep themselves pure."  Implementing the above-mentioned points helps one stay clean and hence less prone to illness.

3.     Drinking and Eating Guidelines.  The Prophet forbade people from breathing into a vessel or cup while drinking from it[5]  and forbade the drinking of water directly from the mouth of a water skin.[6]  Not breathing into a cup and not drinking from the same cup with someone else are two universal acts of hygiene that help prevent the transmission of disease.  Islam also tells us to cover food and drinks when we go to sleep[7]  and forbade people from urinating in still water.[8]  Finally, Islam dislikes the act of overeating; an act that can cause over a dozen medical conditions; the Prophet mentioned, "The food for two persons is sufficient for three, and the food of three persons is sufficient for four persons."[9]

4.     Cleaning of Clothes. The Prophet used to clean his clothes with his very own hands, and Islam informs us that God likes to see His servant dress well.  The Quran (74:4) mentions, "And purify your clothes."

5.     Covering One’s Sneeze. It is narrated that, "When the Prophet sneezed, he used to place his hand or a garment on his mouth, to lessen the noise;"[10]  an act that is strongly recommended at times of infection in order to prevent the spread of germs to others.

6.     Social Quarantine. Remarkably, over fourteen centuries ago the Prophet mentioned the following, "If you hear of an outbreak of plague in a land, do not enter it; but if the plague breaks out in a place while you are in it, do not leave that place,"[11]  and "If you hear that it (plague) has broken out in a land, do not go to it; but if it breaks out in a land where you are present, do not go out escaping from it."[12]  Experts strongly advise at times of outbreaks that no one leaves their homes and that no one travels to other locations.

How Islam Deals With Diseases and Pandemics (part 2 of 2)

Description: The following are measures that Islam strongly recommends in the event of being infected by a virus or any illness in general.

Measures When Infected by a Virus

Likewise Islam teaches us remedies that can help fight off any illness or virus, including:

1.     Medical Treatment. The Prophet would encourage his followers to seek medical treatment and told them to use water while dealing with fever; "God’s Messenger used to order us to abate fever with water."[1]  He even used to have cupping therapy applied on himself.[2]

2.     Seeking a Cure. It is up to us to strive and find a cure for all illnesses; for the Prophet mentioned, "There is no disease that God has created, except that He also has created its treatment,"[3]  and "God has sent down both the disease and the cure, and He has appointed a cure for every disease, so treat yourselves medically, but use nothing unlawful."[4]  Also as narrated by Usamah ibn Sharik: "I came to the Prophet, may the mercy and blessings of God be upon him, and his Companions were sitting as if they had birds on their heads [figuratively speaking, due to how attentive they were]. I saluted and sat down. The desert Arabs then came from here and there. They asked, ‘Messenger of God, should we make use of medical treatment?’ He replied, ‘Make use of medical treatment, for God has not made a disease without appointing a remedy for it, with the exception of one disease, namely old age.’"[5]

3.     Giving Charity. This might come as a surprise, however, at times of dire need one should turn to God with acts that please Him; and giving to the poor and needy for the sake of seeking God’s pleasure is an act that pleases the Lord and brings one closer to His Mercy.

4.     Dependence on God. After taking all necessary medical treatment one should be dependent on God with their heart.  A believer knows that God is the Creator of everything big and small, and although He has given a reason for everything, in the end He is in control of everything.  The Quran (65:3) mentions that, "… whoever, relies on God—then He is sufficient for him."  A fine example is our father Abraham who when he would fall ill would seek suitable medical treatment then confidently tell his people, "And when I am ill, it is He (God) Who cures me." (Quran 26:80).

5.     Remaining Positive. Staying calm and positive and thinking that, God willing, one will get through their illness is of extreme importance; in fact it is part of the psychological treatment that helps one’s immune system do its work in the correct fashion.  Feeling negative and pessimistic on the contrary weakens one’s immune system.  The Prophet said, "There is … no ‘tiyarah’ (superstitious beliefs in omens), but I like good mention." They said: "What is a good mention?" He said: "An optimistic word."[6]  So a patient should remain positive and, for example, say, "I hope to be better by the weekend and back to work soon."

6.     The Secret Weapon: Prayer.  This is an extremely effective weapon to fight off any illness.  The Quran (40:60) mentions, "And your Lord said, "Call upon Me (God); I will respond to you…"  A well-known hadith narrated by ‘Aisha states: "Whenever God’s Messenger paid a visit to a patient, or a patient was brought to him, he used to invoke God, saying, ‘Take away the disease, O the Lord of the people! Cure him as You are the One Who cures. There is no cure but Yours, a cure that leaves no disease.’"[7]  God likes it when His servants turn to Him in prayer at time of calamity and weakness and are not arrogant to raise their hands in the air and ask Him to bestow His Mercy and cure them.  God’s promise is true, and He answers the calls of whoever calls Him.  Finally the dear Prophet told us that, "nothing averts the Divine Decree except for supplication,"[8]  meaning that if something bad was going to occur and someone asked God for protection from all harm and God answered his/her prayer then that bad thing will not occur; likewise, if someone is sick and asks God to be cured, God willing, they will be cured.

Eventually, this global pandemic will subside—as do all hardships in this world—and life will start returning to normal again.  Let the first thing we do after COVID-19 has been defeated is be thankful to God for allowing it to subside.  Then let us all relook at our relationship with our Lord and ask ourselves how we can get closer to Him.  "O God, I seek refuge in You from the withdrawal of Your blessing and the decline of the good health you have given..."[9]  God bless and protect you all.