Description: An explanation of hadith no. 36 from An-Nawawi's Forty Hadith.  The hadith highlights several praiseworthy characteristics that a believer should inculcate.

Whoever relieves the grief of a believer in this world, God will relive his grief in the Hereafter.  Whoever relieves the difficulties of a person in debt in this world, God will relieve his difficulties in this world and the Hereafter.  Whoever conceals the faults of a believer, God will conceal his faults in this world and the Hereafter.  God will aid His servant so long as the servant aids his fellow believers.  Whoever follows a path to seek knowledge, God will make the path to Paradise easy for him.  When people gather together, in one of the houses of God, to recite the Book of God and study it, tranquility descends upon them, mercy covers them, the angels surround them, and God mentions them to those who are in His presence.  Whoever is slowed down by his deeds will not be hastened forward by his lineage.[1] 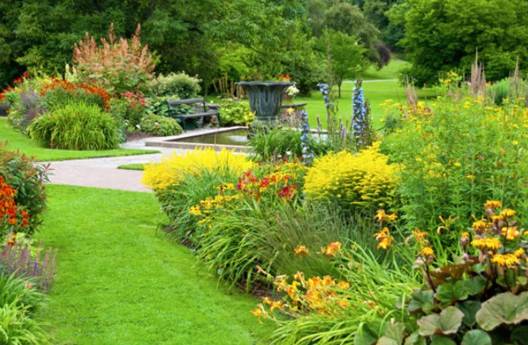 This is a hadith from among a collection of the sayings of Prophet Muhammad, may the mercy and blessings of God be upon him, compiled by Imam An-Nawawi.  It is a very famous and well-studied collection of forty-two hadiths known as An-Nawawi's Forty Hadith.  Its value lies in the fact that the hadiths in this collection cover fundamental aspects of the religion of Islam.  Hadith number thirty-six is often referred to as the hadith of righteousness.

However, while it does list comprehensively a number of qualities one would expect to find in a righteous person, it also deals with virtues, rulings, principles, and manners.  There are several lessons embedded in this hadith, and each sentence adds an in-depth feature to one very basic principle; that believers are like family to one another.  There are certain obligations that believers have towards each other and this hadith, in a different version, states it very succinctly as, ‘Whoever is fulfilling the needs of his brother, God is fulfilling his needs.’[2]

1.   Relieving the grief of a believer

This is a lesson in how to attain the help of God by helping one of His servants.  Sometimes when a person feels as if he is swamped with difficulty, God, in answer to his supplication, will send help from an unexpected source.  Often this source is in the form of another Muslim.  The word grief in this hadith refers to a great difficulty or a hardship.  If a believer relieves the grief of another believer, God recognizes that act and will reward the person in the Hereafter by relieving the grief, fear, and distress that he or she feels on the Day of Judgment.

2.   Alleviating the difficulties of those in debt

Being indebted to somebody is a terrible feeling.  That debt is usually of a financial nature and Prophet Muhammad explains to us that alleviating the debt of somebody, who is having difficulties meeting the terms of his debt is an act that is loved by God, so much so that He says He will alleviate that person’s difficulties in this world and in the Hereafter.  Helping those in debt can be achieved in several ways, including giving extra time or canceling the debt completely.

3.   Concealing the faults of a believer

The general rule that scholars derive from this section of the hadith is that believers should not reveal the faults of their fellow believers.  Nowadays we often see or hear some people taking other’s faults as a type of amusement. They mock and ridicule, revealing perceived minor transgressions that may or may not be true.  As Muslims, we should be concerned about our own faults not the faults of others and constantly try to improve ourselves.  The one who conceals faults rather than reveals them will have his or her own faults concealed by God in this world and in the Hereafter.

4.   God will come to the aid of the one who aids his fellow believer

Coming to the aid of fellow believers is something that Muslims should take very seriously.  Prophet Muhammad reminded us many times that we should love for our brother or sister what we would love for ourselves.[3]  If we truly cared about each other, there would be very few needy people in Muslim communities.

Seeking beneficial knowledge is a very rewarding act.  God might make the path to Paradise easy for those seeking knowledge in several ways.  They might be guided to Paradise through knowledge, or God might make it easy for a person to benefit what they learn, thus they will walk a path to Paradise, or make crossing the bridge above the Hellfire easy and thus enter Paradise.[4]  There are many people who seek knowledge but find no blessings in the knowledge they gain.  Therefore the believer should seek knowledge with good and sincere intentions.

6.   The virtue of gathering in the mosque

This lesson informs us about a very rewardable and preferred act; gathering in the mosques to recite, listen and study the Quran or to attend lectures and classes. This can result in very specific rewards.  They are imbued with tranquility, resulting in relief from the stress and strife that plague modern-day societies, the mercy of God descends as the angels surround them, and God mentions them to whoever is in His presence.

7.   Lineage is of no benefit to the one who lags behind in his good deeds

Behaving well and doing good deeds and actions is the key to rewards leading to Paradise.  If the believer is lacking in this area, his lineage, meaning his family name, tribe or ancestry will not be of any benefit regardless of their wealth or status.

This hadith a very comprehensive and contains at least seven important lessons.  It outlines the morals and manners that should be embedded in the behavior of every believer.  It outlines some of the obligations we have towards each other and emphasizes that Islam expects us to treat one another as if we were close family members.  Whatever we can do to alleviate the difficulties of another person we should do, with the pure intention to please God.

[4] There is a bridge that will be established over Hell extending to Paradise that everyone has to cross.   Some will not make it and fall into the Hellfire whilst others will successfully cross it.