Description: Faith and its essential principles. 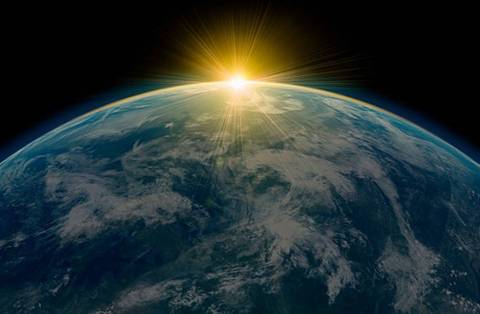 This is a fifty-four verse chapter revealed in Mecca and thus it examines the fundamentals of faith.  The title ‘Explained in Detail’ refers to an Arabic term used to describe the Quran in verses three, and forty-four.  The chapter presents some of God’s signs and warns against denying them.  It also explains what happens to the unbelievers that refuse to acknowledge the truth and submit to God.

Chapter forty-one begins with the letters ha, meem.  They are two letters from among various combinations of fourteen letters that open twenty-nine chapters of the Quran.  God did not reveal what meanings they may or may not have.  Usually after these letters we learn something about the Quran itself.  In this case, God says that this Quran is a revelation from Him in the Arabic language and it is a book in which the verses are explained in detail.  It gives good news and a warning, but most people do not listen.  They make up all sorts of excuses.  God says, ‘Do whatever you want,’ and so will He.

Prophet Muhammad, may the mercy and blessings of God be upon him, calls to the disbelievers telling them he is just a man.  God revealed that He is One, so take the right path and beg for His forgiveness.  Woe to those who associate anything with God, those who refuse to pay the obligatory charity, and those who refuse to believe in the Hereafter.  As for those who believe and do good deeds their reward is never-ending.  Prophet Muhammad asks how they can deny the One who created the earth in two days.  How could they set up rivals to Him? He is the Lord of all creation!  He placed mountains on the earth and bestowed and measured out all His blessings in four days before He turned His attention to the heaven.  In two days He made the heaven into seven heavens and each had its task.

Those who turn away are warned about a blast like that which struck the communities of Ad and Thamud.  When Ad was warned they didn’t listen, behaved arrogantly, and denied their messenger.  They were given a humiliating punishment.  The people of Thamud were offered guidance, but they too preferred to remain blind.  A thunderbolt struck them, and God saved the believers.

On the Day when God’s enemies will be gathered and led to the Hellfire, their ears, eyes, and skins will testify.  They will ask their skin, ‘Why did you testify against us?’ And it will reply that God gave them the faculty of speech.  You didn’t bother to hide what you were doing from your eyes, ears, and skin, thinking they would never testify against you, but nothing is hidden from God.  What you thought led you to ruin and you became losers.  The Fire will be their home, and they cannot make amends.

God is fully aware of their corrupt hearts, so He allows evil companions to befriend them and convince them that what they are doing is fair and good.  They are lost.

And the disbelievers say, ‘Don’t listen to the Quran and be disruptive when it is recited.’ For denying God’s revelations they will be punished with Hell.  The disbelievers there will ask to be shown those who misled them so that they can trample them underfoot.  As for those who say Our Lord is God, and follow the straight path, the angels will descend upon them and say, ‘Have no fear, rejoice in the good news of Paradise.  We are your friends in this world and in the world to come where you can have anything your heart desires as a welcome gift from your Lord.’

Who speaks better than someone who calls people to God, does what is right and declares his devotion to God?  Good deeds are not equal to evil ones.  Repel the bad deeds of others with your good deeds; the person who was your enemy will become your close friend.  But only those who endure patiently and are fortunate will attain this quality.  If you are tempted by Satan seek refuge in God.

The night, the day, the sun, the moon, are just a few of God’s signs.  Do not bow down to them but rather bow down to God, the One who created them, if you are truly His worshippers.  If the disbelievers are too arrogant, remember O Prophet Muhammad that the angels who are with God glorify Him tirelessly—He is in no need of creation.  And among God’s signs is the barren land.  When God sends down rain, it stirs itself into life.  He who gives the land life is surely capable of raising the dead back to life on the Day of Resurrection.

Those who distort God’s message are not hidden from Him.  Consider who is better, the one who is hurled into the Fire or the one who goes through the Day of Resurrection safely? Do whatever you want because God sees everything you do.  The Quran is unassailable, falsehood cannot touch it; it is a revelation sent down from the One worthy of praise.  If the Quran was revealed in a foreign language, they would have said why was it not revealed in Arabic? The Quran is a guide and a healing for those who have faith.  And the ones who do not believe, neither listen nor understand as if they are being called from a faraway place.

He who does good does so for his own soul, and he who commits evil does so at his own peril.  God is never unjust.  God alone knows when the Hour will occur.  No crop ripens nor does any female conceive or give birth, but He knows it; nothing is hidden from Him.   The One Who possesses detailed knowledge of the most minor things cannot be unaware of the acts and deeds of people.  On that Day the deities the disbelievers used to worship will fail them, and they will realize that there is no escape.

People never tire of praying for good, but when evil touches them, they despair.  And after they are saved, they doubt the Hour will ever come and assume that even if they are returned to God, they will still be treated well just because they were treated well in this world.  However, having a comfortable life in this world is not a proof of God being pleased with you.  This life is a test and people are tested in different ways.  The disbelievers will learn the truth of what they have done and taste a serve punishment.  When God bestows favors people turn away, but when evil befalls them, they invoke God with lengthy supplications.

If this Quran is really from God just how far astray does that make you? God’s signs will be clear everywhere until the truth becomes clear.  They doubt they will meet their Lord, but He encompasses everything.

Thank you for your information