Lessons from the Story of the Mother of Moses

Description: The stories of the Quran are there for us to derive lessons from.   In this article, we will learn several lessons from the mother of one of the greatest messengers of God, especially about reliance upon God and its fruits. 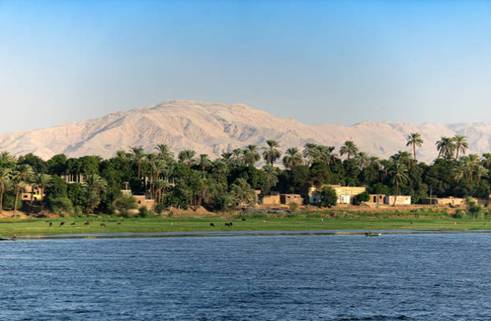 This article will look at the story of the mother of Moses, peace be upon him, as she strove to save her child from almost imminent death and derive lessons from that.  We will only focus on the verses in Surah Al-Qasas (Chapter 28) in the Quran, even though the story is mentioned in other places in the Quran as well.

"We inspired Moses’ mother, saying, ‘Suckle him, and then, when you fear for his safety, put him in the river: do not be afraid, and do not grieve, for We shall return him to you and make him a messenger.’ Pharaoh’s household picked him up––later to become an enemy and a source of grief for them: Pharaoh, Haman, and their armies were wrongdoers––and Pharaoh’s wife said, ‘Here is a joy to behold for me and for you! Do not kill him: he may be of use to us, or we may adopt him as a son.’  They did not realize what they were doing.  Soon after, Moses’ mother felt a void in her heart––if We had not strengthened it to make her one of those who believe, she would have revealed everything about him––and she said to his sister, ‘Follow him.’ So she watched him from a distance, without them knowing.  We had ordained that he would refuse to feed from wet nurses.  His sister approached them and said, ‘Shall I tell you about a household which could bring him up for you and take good care of him?’ We restored him to his mother in this way, so that she might be comforted, not grieve, and know that God’s promise is true, though most of them do not know." (Quran 28:7-13)

Pharaoh saw a dream wherein he saw that a child from the slave class—the Children of Israel—would rise up and overthrow him.  And after that, he started to murder every male child that was born to the Children of Israel.  It was at a time like this that Moses was born.  And in the midst of all of it, God chose this boy over all others to be miraculously saved.  Thus, God sent His divine instructions to the mother of Moses.

Lesson One: Obey God, put your heart at ease, and trust in His promise

God gives two commands—breastfeed him and throw him into a basket and into the river, two pieces of counsel for the heart—do not be afraid and do not be sad, and two promises—that he will be returned and that he will be a messenger.  God gave two commands, one which made sense (breastfeeding), and one which apparently made no sense (throwing a child into the river!!?).  The mother of Moses didn’t pick and choose.  She obeyed her Lord regardless, and she was feeling apprehensive, which was normal, and thus God gave her two pieces of counsel, and two promises.  The lesson we learn here is that despite what it might look like, in the hardest of times obeying God even if it looks and sounds "weird" is the way forward.  Take the right decision based on what God says, and know that if you obey God there is nothing to be fearful about and nothing to be sad about, and that the promise of God is true, even if you do not see it at the moment.  Did the mother of Moses have any idea that her son would even survive? Let alone becoming a messenger and being returned to her?

Lesson Two: From the depths of darkness God can bring out light

Thousands of mothers would have cried because of the actions of Pharaoh.  They must have made dua (supplication) that God destroy this tyrant (they were believers of that time).  And yet, God placed the boy who would wipe out the tyrant in the house of the tyrant itself.  From the deepest darkest pits of kufr (disbelief), the palace of Pharaoh, God brought out the light—Moses.  The man who killed thousands of babies, couldn’t kill the one baby that was supposed to destroy him.  When God protects someone, none can harm him, even if the world may try.  In fact, God made it in such a way, that the wife of Pharaoh, Asiyah was the one who fell in love with the child and adopted him as a son.  God answered the supplication of thousands of mothers, of millions of Israelites trapped in slavery through this.  His plans are unique, His plans are beyond our comprehension, but He is the best of planners.  When in the depths of darkness, remember that God can bring out light even from there, and that He has a plan.

Lesson Three: When doubt creeps in, keep a plan B but still trust in God

The heart of the mother of Moses had gone cold, as the heart of any mother would.  She was about to reveal everything just so that she might be able to see her child once more.  This is an example of illogical feelings.  Yes she may be able to see her child but that would mean death for sure!  So, she chooses the next possible plan, which was logical and yet would soothe her heart.  She sends her daughter to look after her brother—to follow the basket through the river.  The sister of Moses, Myriam, watched almost in horror as the basket was taken downstream and right into the lion’s den, to the palace of Pharaoh! She went near to find out what the situation was like, and found out that Moses was crying his life out as he was hungry but refused all of the wet nurses.  She went in and offered the services of her mother.  Trusting in God, and with the plan B, the mother of Moses made sure that her child would remain safe.

Lesson Four: God not only keeps His Promise, but gives more

God promised the mother of Moses that she would be reunited with her son.  She was given two commands and she fulfilled them.  And then, God out of His Mercy and Benevolence, reunited the mother with her child.  Instead of a life trying to keep her son from being killed, now she was protected by the same people who were supposed to kill her.  Moreover, she was now an employee in the Royal Palace and was being paid to do what she would have done anyway—take care of her son! God promised her the return of her child, but God not only fulfilled His promise but gave her even more.  As God says in the Quran, "Whoever is conscious of God, He will make a way for him from every difficulty, and provide for Him from sources He could never have imagined.  Whoever puts their trust in God, then He is sufficient for them." (Quran 65:2-3)