Description: The Quran is the greatest miracle of God and was sent to Prophet Muhammad who is the last Prophet for all of humankind.  Part 1: Some of the types of signs of God in the Quran. 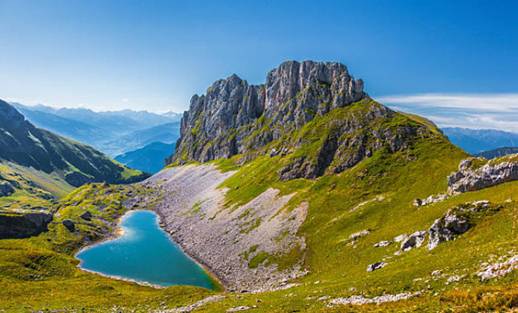 The Quran is God’s word and no other book in this world is as important to read.  "This (the Quran) is nothing but evidence from your Lord, and a guidance and a mercy for a people who believe." (Quran 7:203).  The Quran mentions that humankind will be shown "signs" that lead to Him.  In fact, the translated word "signs" is of such great importance in the Quran that it is mentioned over 150 times, and in every instant it is referring to God’s signs.  God equipped humankind with intellect so that we may reflect, analyze, conclude, and then act on His signs.  In addition to our given intellect, every human being is born with a pure and natural inclination that God is our Lord and that He is One.

The following are some of the types of signs mentioned in the Quran:

"We (God) will show them Our signs in the horizons and within themselves until it becomes clear to them that it [Islamic Monotheism] is the truth…" (Quran 41:53)

"O you who have believed, respond to God and to the Messenger [Muhammad] when he calls you to that which gives you life.  And know that God intervenes between a man and his heart and that to Him you will be gathered." (Quran 8:24)

How might God come in between a human and his heart? For example, if one is on the verge of engaging in a harmful act or a major sin there will be an extremely heavy and guilty feeling in that person’s heart.  Such a feeling is actually a warning that doing that sin will anger God.

A black cat passing by a house or a magpie landing in one’s garden do not mean anything, and cats and magpies are simply creatures that go about their lives as they wish to; they do not bring good or bad luck.  Superstition is nothing but a deceptive feeling; in reality it does not exist.  However, some events/occurrences do mean something, such as mentioned in the Quran after Cain, the son of Adam, murdered his brother Abel.  "Then God sent a crow digging [a grave] in the ground [for a dead crow], in order to show him how to bury the corpse of his brother.  He (the murderer) said: ‘Woe to me! Have I even failed to be like this crow and bury the corpse of my brother?’ So he became regretful." (Quran 5:31) Cain understood that it was not a coincidence that as the body of his murdered brother lay in front of him a crow appeared and started digging the earth underneath its feet.

Likewise, when the Pharaoh ignored Prophet Moses’s call to God and refused to release the Israelites, God sent to the Pharaoh and his people signs (in total there were 9 signs).  These signs included locusts that almost totally wiped out all crops in the area, lice, frogs in unprecedented numbers, and continuously bleeding noses; and instead of referring these to God as signs to believe in God and release the Israelites, the Pharaoh got superstitious and said they were done by Moses, the "magician".  "So We (God) sent upon them the flood and locusts and lice and frogs and blood as distinct signs, but they were arrogant and were a criminal people" (Quran 7: 133)

At the time of Prophet Muhammad it was well known that there were previous civilizations that God destroyed (after they disbelieved in their sent Prophets) through "mother nature." Such civilizations included the people of Aad, Thamud and Lot.  "And We (God) have already destroyed what surrounds you of [those] cities, and We have diversified the signs that perhaps they might return [from disbelief]." (Quran 46:27).

The ruins of such civilizations were at the time of Prophet Muhammad still visible and preserved for passersby.  After the destruction of the Pharaoh at the time of Prophet Moses, it was God’s will that entire civilizations (that denied their sent Prophet’s message) would not be destroyed in this life; instead they would be judged in the next life.  Still, one does not have to look far to see signs of retribution such as the destroyed city of Pompeii, a city that was renowned for its open sin and sodomy.  "So We (God) seized each [people] for their sin: against some of them We sent a storm of stones, some were overtaken by a [mighty] blast, some We caused the earth to swallow, and some We drowned. It was not God who wronged them, but they wronged themselves." (Quran 29:40)

One should be fully aware that earthquakes, volcanos, hurricanes, droughts and other acts of nature are not coincidences, however, acts of God that happen as punishment to people who disbelieve and/or are in overwhelming sin (and do not repent) are also clear signs for people to believe in Him and respond to His call.  "And disasters will continue to afflict the disbelievers or strike close to their homes for their misdeeds, until the promise of God comes to pass.  Indeed, God never fails in His promise." (Quran 13:31) On the contrary, had all humankind believed in God and all His Prophets perhaps there would be no natural disasters, instead more blessings would have come in the form of suitable rainfall, fruits, vegetables and crops.  "And if only the people of the cities had believed and feared God, We (God), would have opened upon them blessings from the heaven and the earth."  (Quran 7:96)