Women Scholars in Islam (part 2 of 2) 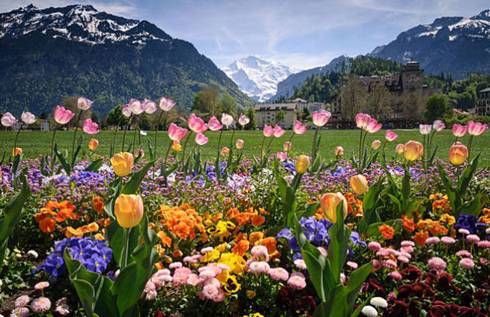 Fatima’s family migrated early in the 9th century from Qayrawan in Tunisia to Fes, Morocco.  They were an educated family, and Fatima and her sister Mariam learned the Islamic sciences of jurisprudence and hadith.  Her father, Muhammad al-Fihri, worked long and hard to become a successful and wealthy merchant, and when Fatima and Mariam inherited their father’s fortune they chose to build mosques and educational facilities.  Fatima is chiefly remembered as the founder of the world's first academic degree-granting institution of higher education.  The university she founded is still operating today as the University of Qarawiyyin in Fes.  The original institution was a mosque that developed into an educational institution.  According to UNESCO it is the oldest institution to award degrees, and as such is the first and oldest university.

Al-Qarawiyyin University is credited with producing many distinguished Muslim thinkers including Abdul-Abbas, the jurist Muhammad al-Fasi, and Leo Africanus, the famous author and traveler.  Other prominent names associated with the institution include the Maliki jurist Ibn al-Arabi (d. 1148 CE), the historian Ibn Khaldun (d. 1406 CE), and the astronomer al-Bitruji (Alpetragius) (d. 1204 CE).

Non-Muslims were also welcome at Al-Qarawiyyin and past students include Gerber of Auvergne who later became Pope Sylvester II.  He went on to introduce Arabic numerals and the concept of zero to medieval Europe.  Another well-known student was a Jewish physician and philosopher, Maimonides.

Fatima was born in Samarkand.  At that time it was an important centre of Islamic learning, and Fatima was a prominent expert in Islamic law and calligraphy.   She was the daughter of a great jurist and scholar, Muhammad ibn Ahmad al-Samarqandi, who wrote the famous work "Tuhfat al-Fuqaha," which is a classic work in Hanafi jurisprudence.  Fatima learned from her father and memorized this work.  She was familiar with Islamic jurisprudence, the Quran and hadith and was able to issue Islamic rulings (fatwas).

Fatima married a student of her father’s, another eminent Hanafi scholar Ala al-Din al-Kassani (d. 1191 EC).  Shortly after their marriage, the couple travelled across the Islamic world eventually settling in Aleppo, where they established themselves as leading scholars.   A student of Kassani reported, "Sometimes the students would ask al-Kassani difficult questions.  He would ask our leave and go to his home.  When he came back, he would answer our questions in detail.  This happened quite often.  Finally, we understood that Imam al-Kassani was going home to ask Fatima about the question and then returning with the answer."

Zaynab was an eminent Islamic scholar in the 14th century.  She belonged to the Ḥanbali school of jurisprudence and lived in Damascus.  She acquired a number of certifications in different fields, but particularly in hadith studies.  She taught such books as Saheeh Bukhari, Saheeh Muslim, the Muwatta of Malik ibn Anas and Sunnah of At-Tirmidhi.  North African traveller Ibn Battuta (d. 1369 CE) was one of her students, and her name appears in several dozen chains of narration of Ibn Hajar al-Asqalani (d. 1448 CE).

Fatima lived in the 14th century CE.  She taught the entire Bukhari collection of hadith and was so renowned that whenever she travelled for pilgrimage to Mecca, scholars from all over the Muslim world would request to join her teaching circles.  Imam Dhahabi and Imam Subqi were taught by her.  Fatima was often requested to teach at the Prophet’s Mosque in Medina.  It is said that due to her advanced years she would lean upon Prophet Muhammad’s grave.  At the end of her classes, she would write and sign a license to transmit her narrations.

Aisha was born in Damascus in the early 14th century and was a teacher in the grand mosque there.  She was appointed by the Sultan as the Master of Hadith and taught the compilation of Imam Bukhari.  Ibn Hajar al-Asqalani, considered by many to be one of the greatest hadith scholars, travelled to Damascus and studied more than one hundred books with her.  Her chain of narration in hadith is regarded as the strongest from her generation back to Prophet Muhammad, may the mercy and blessings of God be upon him.  Between her and Imam Bukhari are eight transmitters, and between Imam Bukhari and the Prophet there are variously, three, four or five transmitters.  This is the shortest chain of narration back to the Prophet, of any scholar alive during her time.

Fatima was also known as Al-Sheikha al-Fudayliyya and was a jurist and renowned scholar of hadith.   Born in Arabia, she studied and excelled in calligraphy and other Islamic sciences but had a special interest in hadith.  She studied hadith with many teachers and eventually began teaching and issuing certificates to her students.  When she settled in Mecca she founded a public library, and her lectures were attended by many eminent male scholars among them were Umar al-Hanafi and Muhammad Salih.  The scholars who studied with her praised her piety, righteousness and beautiful calligraphy.

Nana was the daughter of Sheikh Usman dan Fodio (d. 1817 CE), a jurist, reformer, and founder of the West African Sokoto Muslim nation (present day Nigeria).  Her fame was not linked solely with her father’s career; Nana was an important poet, historian, educator, and religious scholar in her own right.  She played a major role in the political, cultural and intellectual developments in West Africa for nearly 50 years after her father’s death.  Nana, a Maliki jurist was devoted to the education of Muslim women.  She established the first major system of schools and other institutions of learning throughout the Sokoto nation.

Nana was fluent in four languages, Arabic, Fula, Hausa and Tuareg.   She was a prolific writer of over 70 works on subjects including theology, law, and the role of women in Islam.  Her broad-based campaign to empower and educate women secured her a position as one of the most influential women in West Africa in the 19th century.

Nadwi, Dr Mohammad Akram.  Al-Muhaddithat: The Women Scholars in Islam.  Oxford: Interface Publications, 2007. [This book is an adaptation of the Preface to Dr Nadwi's multi-volume biographical dictionary of the Muslim women who studied and taught hadith.]