Women Scholars in Islam (part 1 of 2)

Description: A brief reminder of the place of women in Islam followed by several short biographies of women scholars. 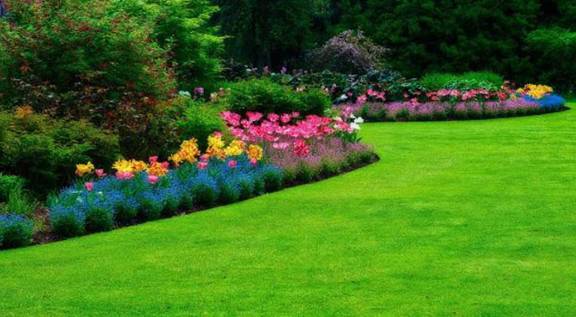 The title of this article might surprise many people.  The reader might expect to find a short list of women, perhaps the wives of Prophet Muhammad, may the mercy and blessings of God be upon him, or a smattering of the daughters of great Muslim male scholars.  That however is just not the reality; the entire fourteen hundred years of Islamic history is crowded with women scholars.  And they were not only teaching women, they were teaching men.

Although it is sometimes overlooked, Islam gave women rights they had never had before, and that included the right to an education.  The modern world seems to have forgotten that women hold a treasured place in Islam, and it is certainly not because they require constant guidance and direction.  Prophet Muhammad taught that gender made no difference to a person’s worth.  Male and female, he said, have the same rights and duties to learn and to teach.  Both men and women should learn and pass on the words of the Quran and the Sunnah[1].

We know that the subjugation of women is not the result of Islamic teaching, quite the contrary Islam empowered women but somewhere along the timeline of history the rights of women have been eroded to a point where they now have to struggle to find space in the mosques.  How can that be when our history shows nothing but respect of women’s rights, abilities and opinions? Aisha the daughter of Abu Bakr and wife of Prophet Muhammad contributed more than 2000 hadith[2]  to humankind.  Umar ibn al-Khattab, the third Caliph[3], appointed a woman, Shifa bint Abdullah, as the administrator of the Medina market.

Dr. Mohammad Akram Nadwi from the Cambridge Islamic College has recently published his ground-breaking research on the female scholars in the field of hadith.  His research spanned a period of 15 years and resulted in a 57-volume work detailing and analyzing the biographies of over 9000 female scholars from the time of Prophet Muhammad until today.  He has said in several interviews that he hopes to encourage women to pursue education and knowledge.  And sadly, he found it necessary to remind men that women’s scholarship will never recover to its previous levels if men do not relearn how to respect women.

In 7th century Arabia women had few if any rights.  In just twenty-three years Prophet Muhammad turned everything around and founded a society based on clear principles and justice for all.  No person was better than another except by virtue of their piety.  In the 21st century humankind has done its best to subjugate women to a point that in some countries their lives are little different from pre-Islamic Arabia.  "The disempowerment of Muslim women is a major reason for the retrogression of many Muslim societies", says Dr. Umar Farooq Abdallah in his paper titled "Living Islam with Purpose." He goes on to say that "Muslim women excelled as leaders, poets, scholars, philanthropists, spiritual guides, and in other capacities.  Renewal of their legacy is essential for the future of Muslim communities everywhere." Therefore, in light of these wise words let us examine the lives of some of the women scholars of the past and reflect on their achievements.

Apart from being the young and beloved wife of Prophet Muhammad, Aisha is also remembered as a scholar of hadith and jurisprudence, an educator, and an orator.  The women of her time always went to her with their questions.  She was an intelligent person with a good memory and is credited with narrating over 2000 hadith, and she was also known as a great interpreter of the Quran.  Aisha’s mind was said to be sharp and her judgment excellent.  After Prophet Muhammad’s death she continued to teach and had more than 200 students.  Umar ibn al-Khattab, the second Caliph, frequently asked her advice.

Rubiyya's entire family was killed during the Battle of Uhud.  However, she lived on to become a great narrator of hadith.  Her narrations can be found in the books of Bukhari, Muslim, Ibn Majah, and others.  She narrated how the Prophet performed ablution after actually witnessing his performance of the ritual.  Other companions would go to learn from her despite the fact so many men were present in Medina at the time.  She was regarded as the foremost expert, and her students included Abdullah ibn Abbas and his father, the great Quranic commentator.

Amra was amongst the greatest scholars from the generation that came after Prophet Muhammad and his companions.  She was a student of Aisha bint Abi Bakr, the wife of Prophet Muhammad, becoming well-known as a jurist giving Islamic rulings (fatwas) and a hadith specialist.  The Caliph Umar ibn Abdul Aziz (d. 720 CE) said, "If you want to learn hadith go to Amra." Imam Zuhri, who is believed to have compiled the first systematically edited collection of hadith said, "Go to Amra, she is the vast vessel of hadith."

Umm al-Darda was one of the leading Muslim scholars of the second generation after the Prophet Muhammad.  She was an important hadith transmitter, teacher, jurist and an expert on the Quran.  She met and transmitted hadith from Aisha (beloved wife of Prophet Muhammad) and other companions of the Prophet including, Salman al-Farsi and Abu Hurayrah.  After living for most of her life in Medina, she moved to Damascus where she taught hundreds of students, both male and female, and many of them went on to become respected scholars in their own right.  One of her students Abd al-Malik ibn Marwan would eventually become the Caliph.

Aisha was one of the most learned scholars of the late 10th century.  Almost all the information about her life comes from biographical dictionaries composed by Andalusian scholars between the 12th and 14th centuries CE.  The fact that she was still remembered and documented long after her death adds to her prestige.  The following is an overview of her life according to Ibn Bashkuwal (d. 1183 CE): She was from Cordoba.  The famous historian Ibn Hayyan (d.1076 CE) made mention of her and said, "There was none in the entire Iberian peninsula in her era that could be compared with her in terms of knowledge, excellence, literary skill, poetic ability, eloquence, virtue, purity, generosity, and wisdom.  She would often write tributes in praise of the kings of her era and would give speeches in their court.  She was a very skilled calligrapher and copied many manuscripts of the Quran and other books.  She was an avid collector of books, of which she had a very large amount [sic], and was very concerned with the pursuit of knowledge…"

[1] Sunnah refers to the teachings and way of life of Prophet Muhammad.

[3] The title Caliph refers to the chief Muslim religious and civil ruler, regarded as the successor of Prophet Muhammad.

Very informative but need to come back to study more deeply