The Pagan Origins of Christmas

Description: How the celebration of Christmas came into being and changed over time. 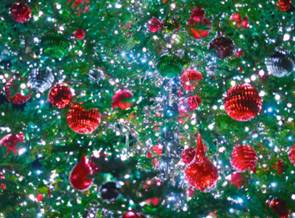 Dictionary.com defines Christmas as the annual festival of the Christian church commemorating the birth of Jesus: celebrated on December 25 and now generally observed as a legal holiday and an occasion for exchanging gifts.  It goes on to explain that Christmas time or the Christmas season extends from the December 24th to January 6th known in the liturgical (or church) calendar Twelfth Night or the Epiphany.  The word Christmas, which is said to have originated before 1150 CE, comes from the Middle English cristmasse or in old English, the Mass of Christ.

The definition and the word origin give Christmas strong religious connotations.  It is such a central part of the church calendar that one could be forgiven for thinking that even the apostles celebrated the birth of Jesus.  However, that is not the case.  In the early years, in the first two centuries, during the establishment of Christianity, Easter was the main celebration and the birth of Jesus was not celebrated.  It was not until the fourth century (300CE) that church leadership decided to make the birth of Jesus a holiday, or cause for celebration.

The actual birthdate of Jesus is unknown.  Many people have asserted that it was probably in March or early spring because the Bible tells us that when Jesus was born the shepherds were watching their flocks by night.  "And there were in the same country shepherds abiding in the field, keeping watch over their flock by night." (Luke2:8) Shepherds are certainly not abiding in the fields with their sheep during the long cold winters.  However, there is no real definitive evidence for this and Jesus’ date of birth is not mentioned anywhere in the Bible, nor is the celebration of birthdays in general.  Historically, it is more likely that the people would have celebrated a death rather than a birth, thus we have the Christian Easter celebration.

Early Christian traveler and chronologist Sextus Julius Africanis was the first person to identify December 25th as the date of Jesus’ birth and it became uniformly accepted.  However, December 25th was also around the time of the winter solstice; midwinter, the shortest day of the year.  As Christianity was beginning to be widely accepted, the most popular celebration in the Roman, and thus pagan, world was Saturnalia, the festival honoring the Roman god of agriculture Saturn.  It was sometimes celebrated as early as December 17th and at times lasted for three to seven days.  However, December 25th became the date of the celebration known as solis invicti nati (day of the birth of the unconquered sun).  It was a popular holiday celebrating the winter solstice and incorporating even older rites from the midwinter festivals.

History.com tells us that work and business came to a halt.  Schools and courts of law closed, and the normal social patterns were suspended.  People decorated their homes with wreaths and other greenery.  Slaves did not have to work during Saturnalia, were allowed to participate in the festivities, and sometimes sat at the head of the table while their masters served them.  Saturnalia was a time of gambling, singing, playing music, feasting, socializing and giving each other gifts.

There are two reasons that have been suggested as to why the early church leaders choose December 25th as the day of Christmas.  One is that Christianity was for some time an outlawed sect, thus celebrating Christ’s birth during Saturnalia allowed them to draw less attention to themselves.  The other and the one considered more likely, is that church leaders chose December 25th as a way to increase the popularity of the new Christian celebration.  For quite some time pagan rites and Christianity existed together, sometimes overlapping, and the incorporation of pagan rituals into Christmas rites was inevitable.  Thus, by the end of the fourth century many Saturnalia rituals (giving gifts, singing, lighting candles, feasting) had become part of Christmas and they are still visible today.

By the Middle Ages Christianity had, for the most part replaced paganism and Christmas had become a religious celebration beginning with the celebrations of Christ’s Mass and followed up by revelry and mayhem similar to the Mardi Gras celebrations today or the Saturnalia festivals.  In some parts of the Christian world, Christmas had become a secular holiday characterized by fun with family and friends.  While the Catholic Church gradually came to embrace Christmas and its pagan rituals, the Protestant Reformation did not.  Christmas was actually banned in some parts of the world.  In Boston Massachusetts in 1659 those demonstrating "Christmas spirit" were fined 5 shillings.

Christmas is celebrated differently in different parts of the world; however, most celebrations contain elements of paganism.  The Christmas tree is a 17th-century German invention that is derived from the pagan practice of bringing greenery indoors.  The ornaments hung on the Christmas trees have their origins in Saturnalia when the Romans hung ornaments outside on trees.  They typically represented either Saturn or beloved deities and idols.  Early Germanic tribes decorated trees with fruit and candles in honor of Odin.  The fruitcake is a big Christmas tradition, but its origin is actually in Ancient Egypt.  It is said that that the Egyptians placed cakes made of fermented fruit and honey on the tombs of their deceased loved ones.  While Christians say that the red berries of the Holly bush represent the blood of Jesus Christ, in pre-Christian cultures Holly was known as the plant that would drive off evil spirits.

While the Dutch are credited with bringing Santa (Sinter Klaus) to New York City in the 17th century, the current depiction is based in images drawn by cartoonist Thomas Nast in 1863, that were in turn based on the illustrations in The Night before Christmas published in 1823.  The image was further defined in a Coca-Cola company advertisement in 1931.  Although Santa Claus as we know him today is a product of some very clever 19th century marketing, characters like Santa have existed for centuries.  For example, the belief that Santa enters the house through the chimney developed from an Old Norse legend.  They believed that the goddess Hertha appeared in the fireplace and brought good luck into the home.

The Christmas celebrations continue to change.  It some places in the Christian world it is little more than a family get together or an occasion to give and receive gifts.  In other places, such as some countries in Asia, marketing Christmas is so successful that people incorporate it into their lives having little or no understanding of either its pagan or Christian origins.  Even taking Jesus out of the celebration does little to separate Christmas from its pagan origins.  This is happening in the Muslim world too.

There is no harm in putting up a tree and hanging ornaments many say.  However, the harm comes from the forgetting.  Muslims and Christians alike forget that the Roman god Saturn and the Norse god Odin feature heavily in Christmas celebrations.  Forgetting the origins of Christmas could be likened to what happened when the people of Noah forgot why they built statues that then became idols.  That time ended very badly for those who forgot.